Outside of playing in Academy’s Orchestra, Anna L.  and Kate F. are two of the four members in the Dajj Quartet, which started in 2015 at the Chamber Music Connection in Worthington, Ohio, by its Artistic Director, Deborah Price. Anna (violin) and Kate (cello) joined in 2019, and have competed in a number of national and international events. The quartet recently received notification that they also placed first for chamber music in the Bella Grande International Music Competition held during the peak of COVID-19.

Before competing, Kate gets performance jitters “all the time.” To combat this, she says it’s helpful to “laugh a ton with the other members, and sometimes just do random stuff like singing or jumping up and down” to get the nerves out.

However, having competed in such a high stakes atmosphere for numerous years, both Kate and Anna do not view it as competitive. Anna says, “We really don’t go in with a mindset to win. I mean it’s nice to win, but we just want to have fun on the stage and try to play our best.”

Kate says, “I have never felt that it’s competitive, we’re all there [at the competition] because we love to do it, so it’s not super intense.” Both seniors hope to continue their musical careers into college and beyond.

“My dream would be to play in a quartet,” says Anna.

Their favorite was Shostakovich’s String Quartet No. 3. While admitting that the work is “pretty aggressive,” Kate says “the backstory to it is so interesting  . . . since Shostakovich  wrote it during the Communist Revolution when he was forced to write pieces by the government. For this piece in particular, you can hear his references to the war itself, which is really interesting to me.” 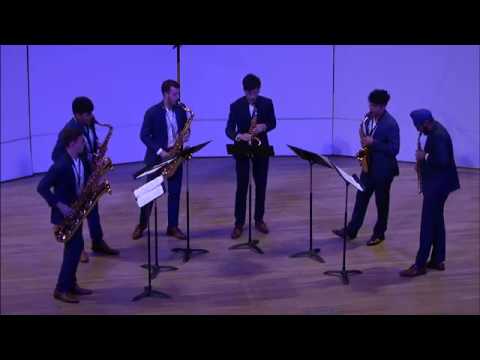