Etched on our school’s walls are Respect, Responsibility, Compassion, Honesty, Fairness. Integrity, and Moral Courage: these are the core values, commonly referred to as our “5+2,” that comprise the foundation of our moral code. The Columbus Academy community strives to live by these values both during our time at Academy and beyond.

In the past four years, we saw a man serve in our nation’s highest and most respected office openly and proudly defy these values.

Considering the standard for the President of the United States, one may have looked again at those values and reweighed their significance.

But as the result of this year’s election proves, there are consequences to our actions: our core values mean something and are not just engravings.

President-elect Joe Biden’s selection of Senator Kamala Harris as vice president shows that he respects women, even those who have criticized him. His election ensures that women can be in places of power and that he will treat them with the dignity they deserve, not openly brag about groping women.

In his speech last night, Biden said, “We must make the promise of the country real for everybody — no matter their race, their ethnicity, their faith, their identity, or their disability.” Biden intentionally included “disability” in this list of distinctions, recognizing a demographic rarely noticed by our elected leaders.

Biden will not mock a disabled reporter who was diagnosed with arthrogryposis.

Biden respects our military. As a father of a soldier, he understands the tremendous sacrifices our troops endure to protect our freedoms. His son, Beau, served in Iraq.

President Biden will not insult our nation’s greatest war heroes or those who have fallen on the battlefield. Never will he say, “I like men who weren’t captured.” Never will he ignore intelligence that endangers our soldiers. Never will he abandon our allies who fought alongside us, namely the Kurds.

President Biden will restore decency on the world stage and not refer to non-white nations, namely Haitian and African nations, as “shi*hole” countries.

Recognizing the urgency of the pandemic, Biden will announce a 12-person coronavirus task force this week. Former surgeon general Vivek Murthy will be a part of this committee, as will former Food and Drug Administration commissioner David Kessler, and Dr. Marcella Nunez-Smith from Yale University.

He will also increase free and reliable testing and call for a national mandate on masks to help stop the virus in its tracks.

Biden will acknowledge our climate crisis, rejoin the Paris Agreement, and commit to a transition to clean energy and net-zero emissions by 2050.

President Biden will not reject science, whether it comes to tackling the pandemic or climate change.

Biden recognizes the failures of previous administrations, including his own, when it came to our border policy.

He will create a task force to reunite children forcefully separated from their parents by the Trump administration. He will not show indifference to children denied the most basic necessities, such as a proper bed or fresh diapers in detention centers.

President Biden will not propose shooting migrants in the legs or float the idea of building an alligator moat on our southern border to prevent those seeking asylum on our shores.

He will also immediately halt the Muslim travel ban made on countries such as Iran, Yemen, Syria, and Somalia.

While certain to face gridlock, President Biden will do his best to improve and expand access to healthcare while preserving a person’s right to a private plan.

Amid a global pandemic, he will not seek to dismantle the ACA, a critical insurance plan for millions of Americans who have pre-existing conditions.

President Biden knows the important lessons about truth. He will not use his Twitter to average more than fifty lies a day.  He will use it to disseminate information critical to the American public. Nor will he evade millions in taxes and refuse to admit it.

Senator Harris will be the first Black, South Asian Vice President in American history. With her at his helm, President Biden and she will steer our nation towards greater racial and ethnic equity. He will denounce white supremacy and will say, Black Lives Matter.

Never will he call peaceful protesters “thugs” or tweet “when the looting starts, the shooting starts.”

Biden will also make the Equality Act a top legislative priority in his first 100 days and proudly proclaim that “Love is love.”

He will not nominate an enemy of the LGBTQ+ community as his second-in-command or prevent that community’s access to fundamental rights, whether in the military or healthcare sectors.

In his acceptance speech to the American public, Biden promised to tone down the harsh rhetoric and “stop treating our opponents as our enemy.”

He will not taunt political opponents or bully a 17-year-old climate activist.

Biden will not weaponize scripture as a political tool for division. Instead, he will honor its unifying teachings. In his speech he also said, “The Bible tells us that to everything there is a season — a time to build, a time to reap, a time to sow. And a time to heal. This is the time to heal in America.”

With Joe Biden, we can look to these words with renewed hope.

Our 5+2 was on the ballot this year. Character won.

From the co-editors-in-chief: to check facts, please see the attached links. 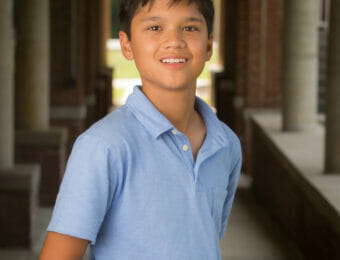