October 27, 2020 By Carolyn Vaziri'22
Governor Mike DeWine (Wikimedia Commons)\
Earlier this year, I had more faith in my Governor’s response to the pandemic.
More than a week before President Trump declared a national emergency, Governor DeWine had banned spectators at the Arnold Classic. Ohio had not reported a single case of the coronavirus.
Just a week later, he suspended in-person schooling at Ohio’s colleges and public schools. Later, he shut down restaurants and bars.
DeWine’s steadfast response to the pandemic deservedly won national attention, and states like New Jersey and Maryland followed his lead.

In the thick of quarantine, Ohioans averaged over 20,000 cases. This week, our seven-day average is at nearly 70,000.

Nations such as Ireland have initiated a full lockdown. Ireland is just 1.5 times the size of Ohio, yet they have just over 1,000 cases.

What’s the missing piece? Earlier in the pandemic, DeWine had the counsel of Dr. Amy Acton. As such, he was guided by science — not political survival.

On March 10th, when Democrats Joe Biden and Bernie Sanders were scheduled to campaign in Ohio, Governor DeWine asked them to cancel their rallies in order to prevent the spread of the coronavirus. They both honored his request.

His administration failed to organize any kind of infrastructure to ensure this social distancing, and many fear it will become a super-spreader event like the recent ceremony in the Rose Garden for Supreme Court nominee Amy Coney Barrett.

This was not the first rally in Ohio for Trump. He also held two — near Dayton and Toledo — in September. Doing so, Trump is guilty of reckless endangerment of Ohioans. DeWine has been silent.

Since Dr. Acton resigned, DeWine has failed to flatten the curve, and the cases now are at an all-time high.

Based on Acton’s approach to the virus, one can safely speculate that she would have advised DeWine to ask Trump to cancel these rallies.

Instead, DeWine is placing politics over science. We long to return to normalcy, but with this type of sycophantic leadership, that day may be far in the future. 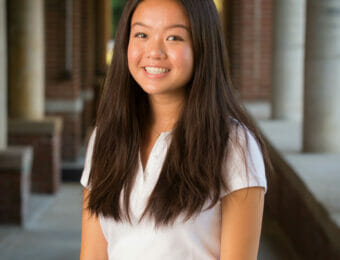