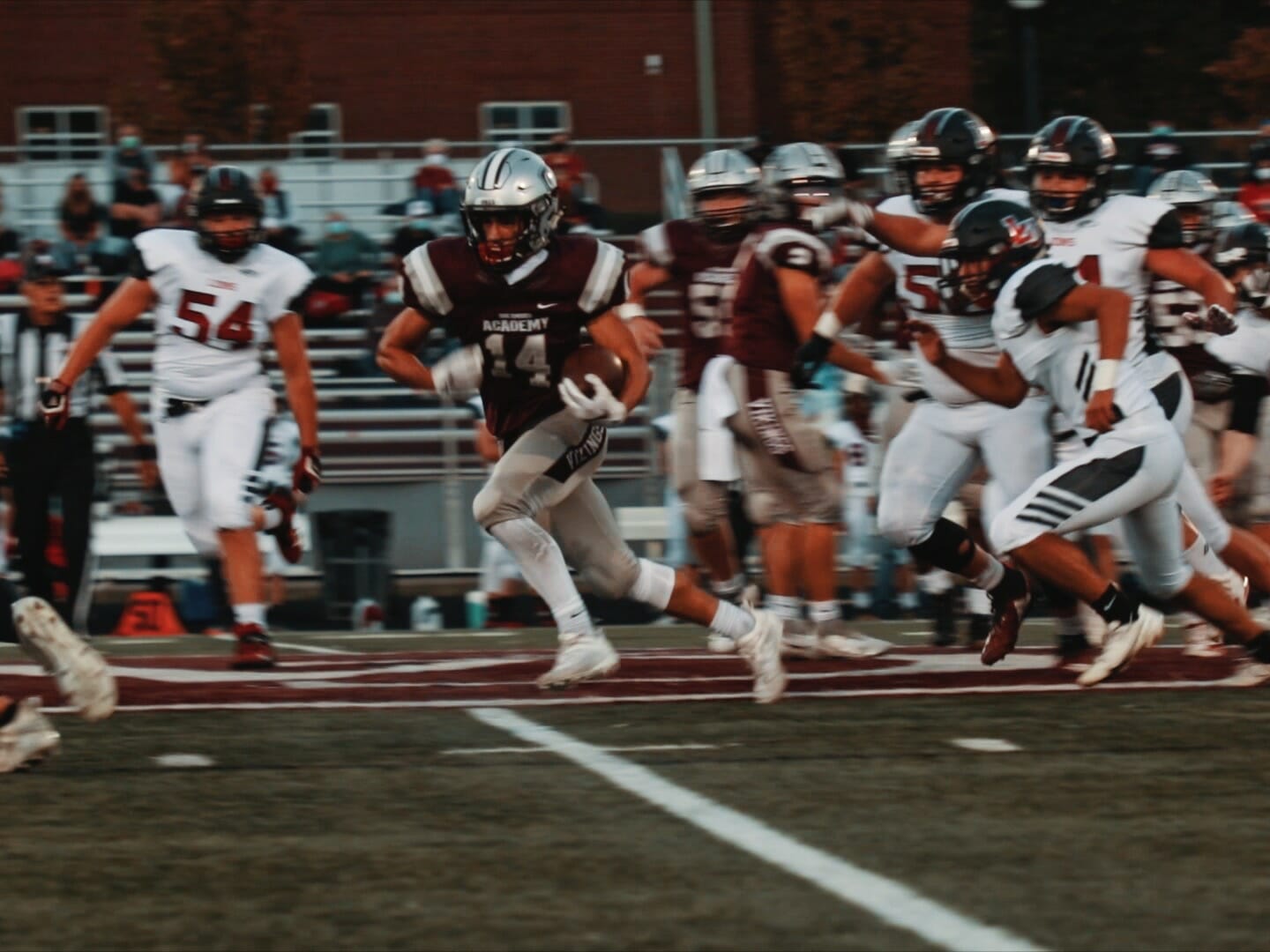 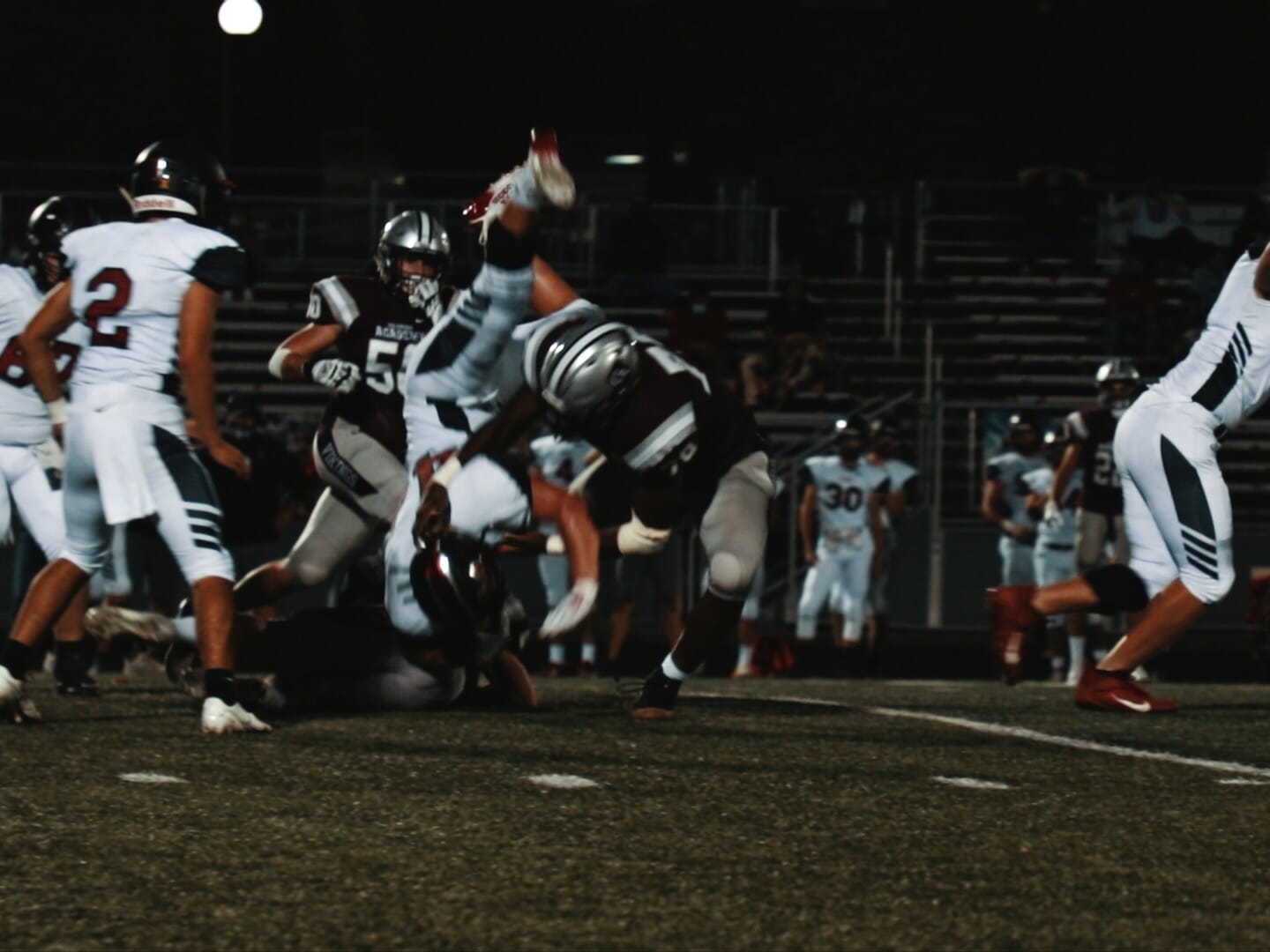 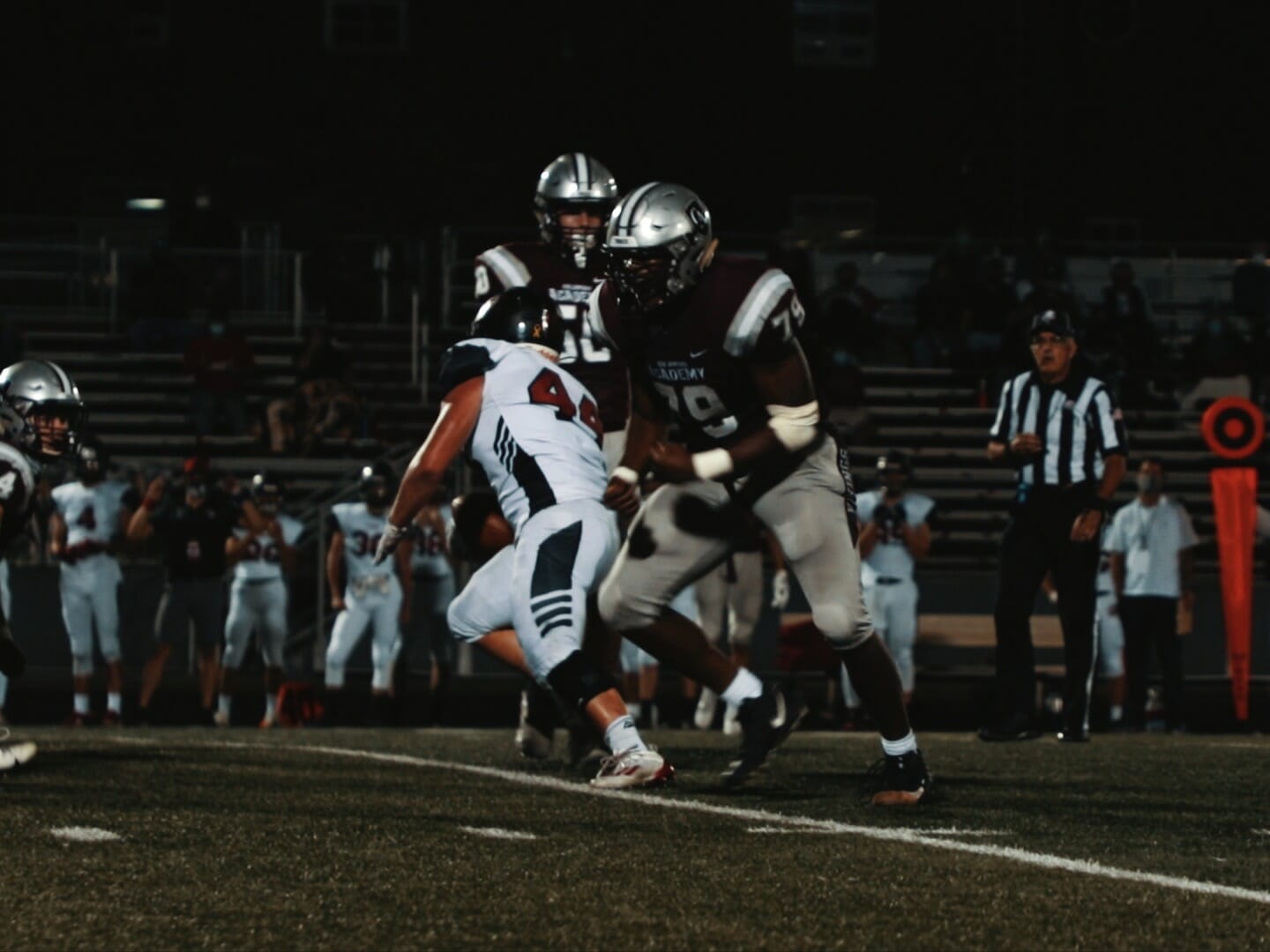 With star running back Carter James’22 out due to an injury, some expressed concerned Academy’s offensive capabilities. Those concerns were quickly put to rest as quarterback senior Brady Hess hit wideout Sam Huyghe’21 for a of pair 35+ yard touchdowns before running one in himself while kicker Jonah Houston’21 tacked on 2 field goals, all in the first half alone.

Leading 27-7 at the half, Academy’s domination on both sides of the ball showed no signs of stopping. Running back Drake Bellisari’22, who took on an expanded role due to James’ injury, racked up 2 touchdowns, and wideout Durell Moultrie’21 put on a clinic, consistently breaking tackles to tally up 91 yards across 8 touches.

Academy’s defense stuffed Liberty’s offense throughout the game, limiting the Lions to just 177 yards (the Vikings put up 383) and forced an interception. Chris Sugar’21 and Gyvnn Mendenhall’22 ,in particular, were a constant presence in the Lions’ backfield. Senior Robert Mills also blocked a pass for -12 yards to force a punt.

By the game’s end, Hess had collected 235 yards, and Huyghe showed out for 178 all-purpose yards.

Academy is now 4-1 (4-0) and looks to close out its regular season at Grandview Heights on Friday, October 2. 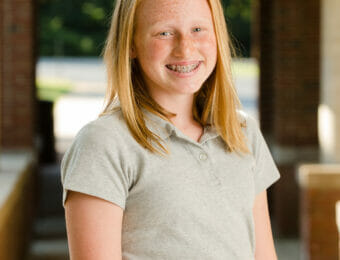