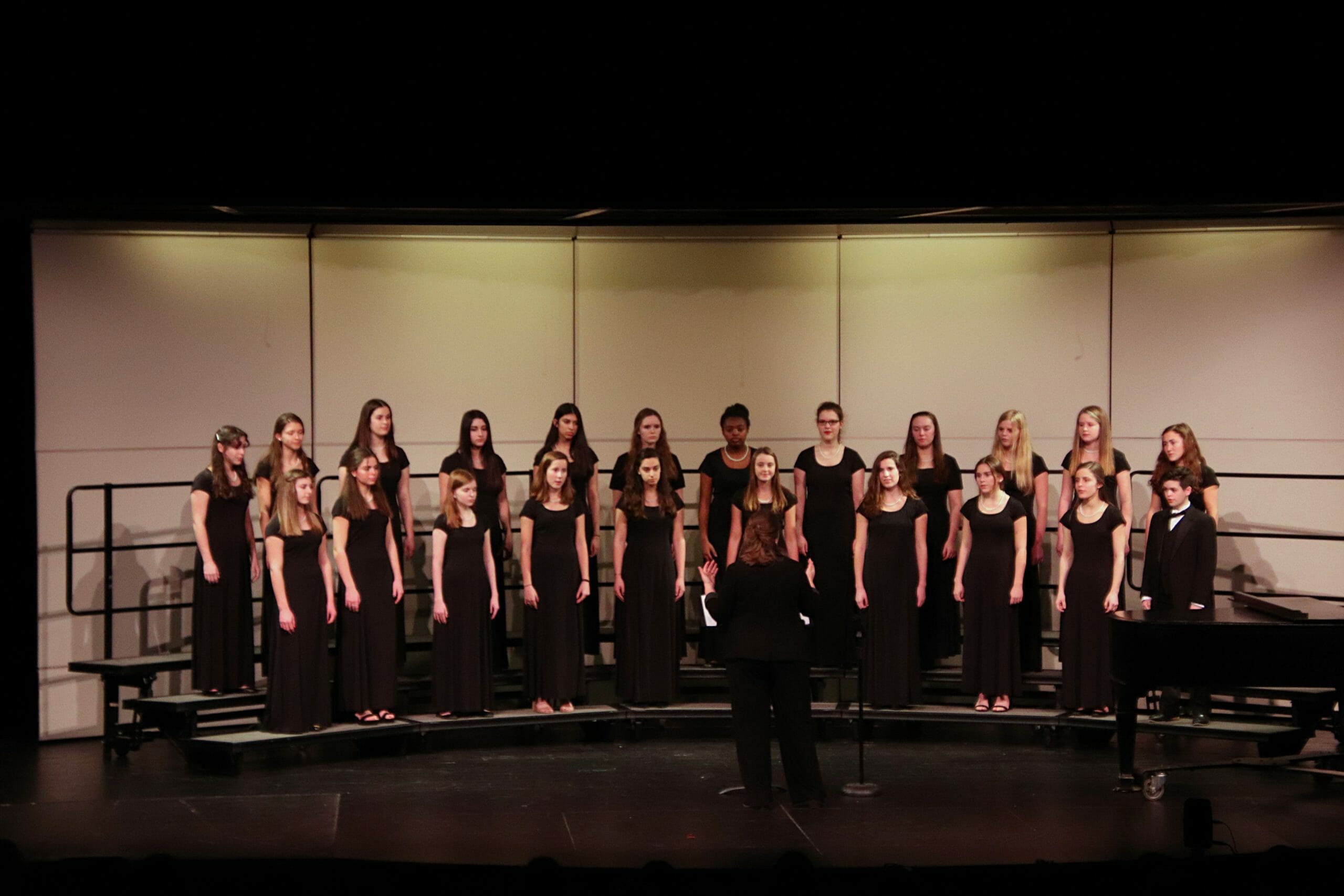 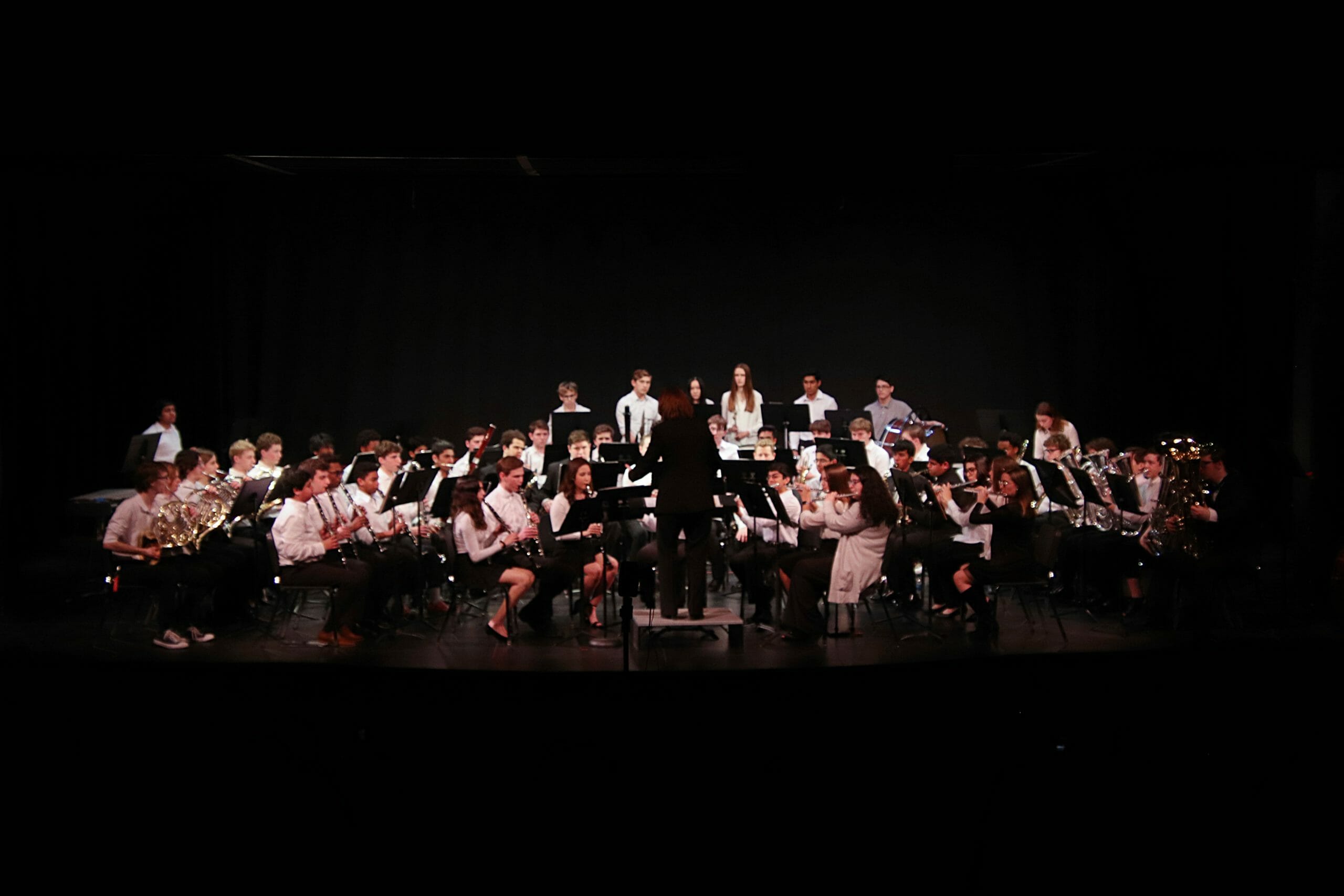 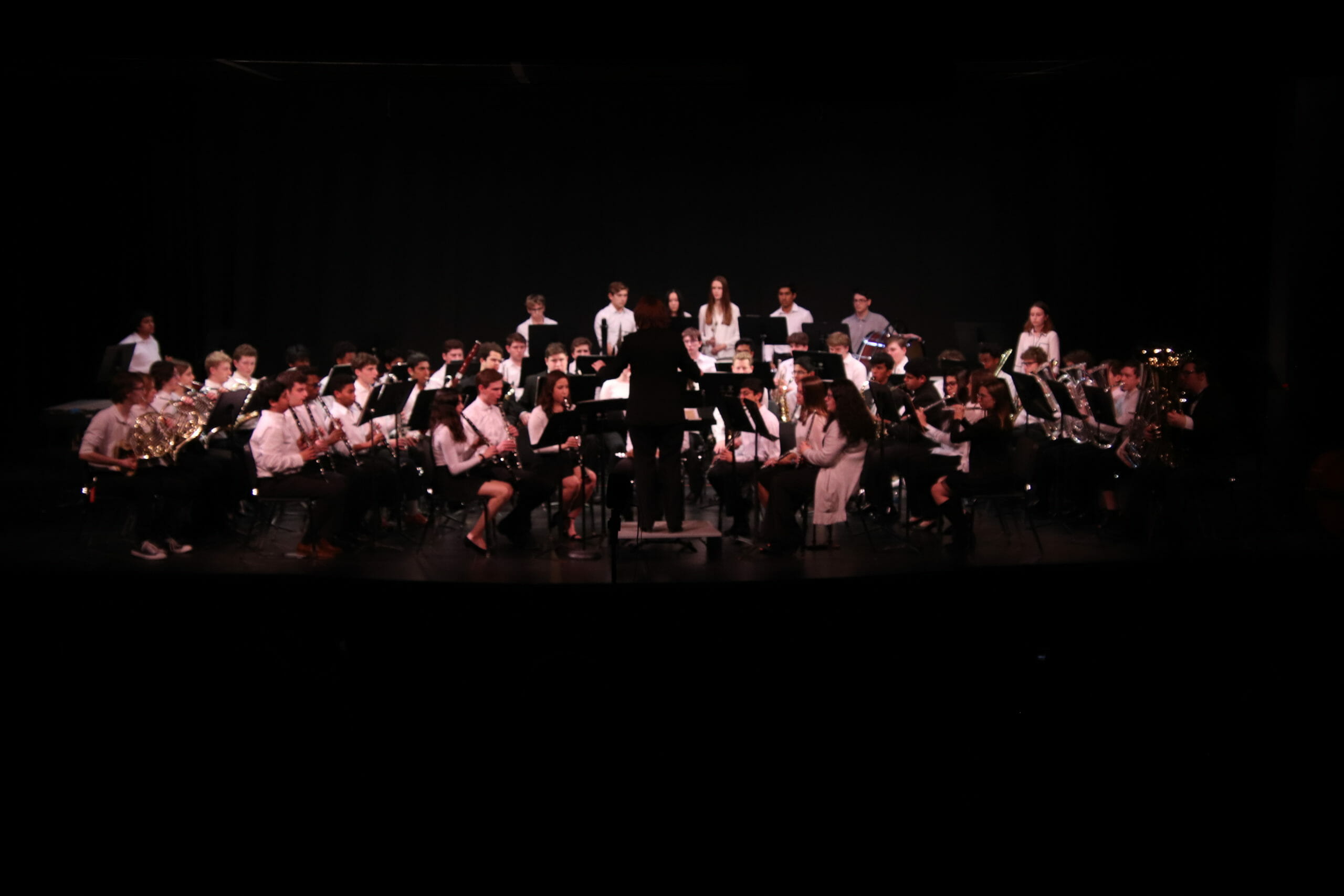 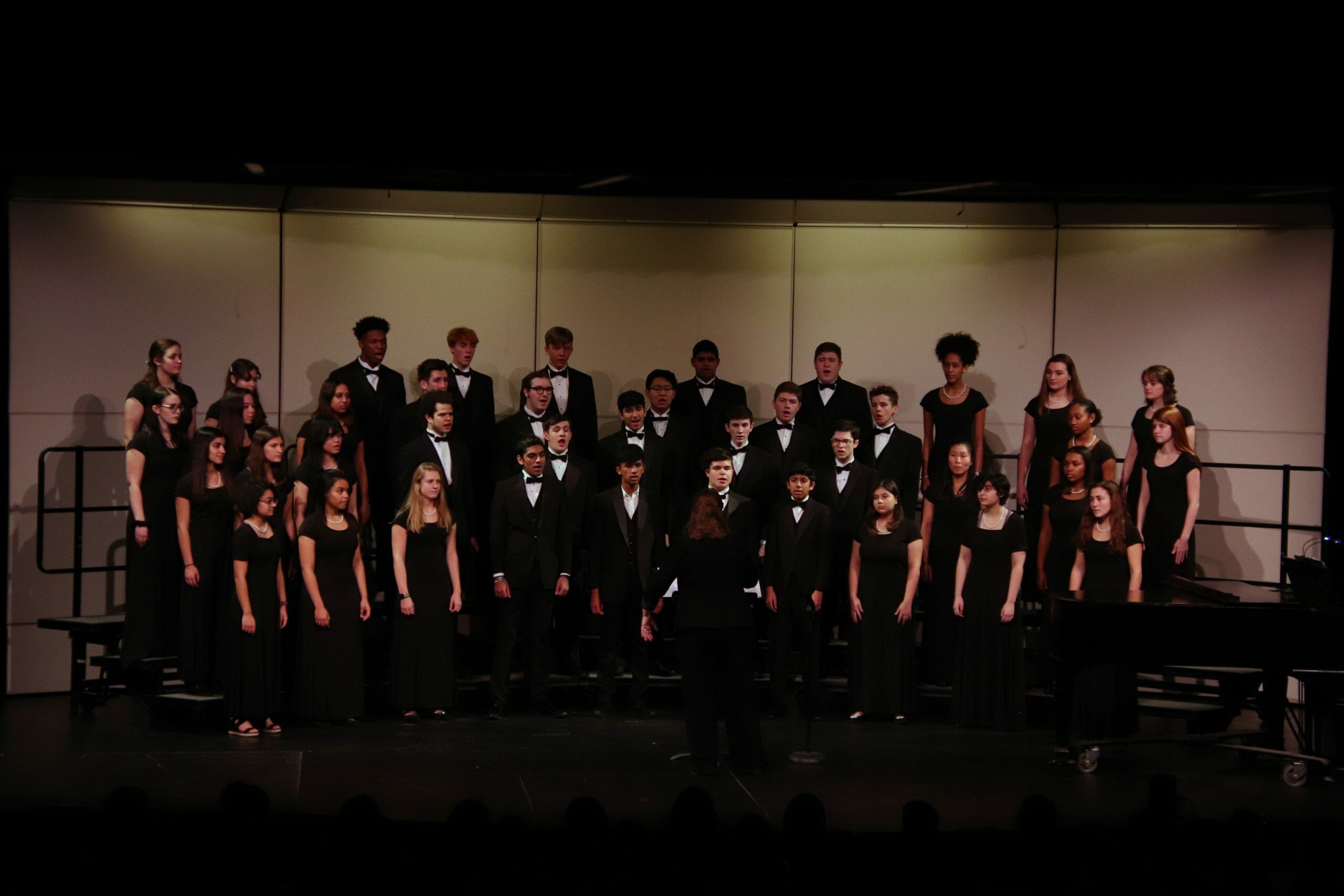 On February 25 in the Schoedinger Theater, Academy’s concert band showcased its repertoire in preparation for the OMEA (Ohio Music Educator’s Association) Ensemble Contest on March 6.

“In Tantum Lux” by Todd Stadler, the band’s opening number, displayed a series of alternating tones and moods throughout the piece.

“Air for Band” by Frank Erickson followed as a fitting contrast with its slow, steady, and nuanced harmonies.

For a more upbeat ending to the Winter Concert, the simple yet driving folk-inspired “Armenian Rhapsody” by Johnnie Vinson was as catchy to the CA audience as it will be for the OMEA judges this week.

Also appearing on stage were the Upper School Treble Choir and Camerata.

The Treble Choir, an all-girl chorus, opened the evening with three performances: “Give Me the River ” by Toby Young, “Vuelie” by Frode Fjellheim and Christopher Beck, and “Snowfall Lullabye” by Greg Gilpin. “Give Me the River” displayed the dynamic abilities of the group, with stomping and clapping mixed in with their voices. “Vuelie” was based on the song from the hit film, Frozen, and  “Snowfall Lullabye” centered upon Czech and Australian carols.

Camerata performed“Come Travel with Me,” written by Scott Farthing, was loud, encouraging, and full of melody over moving piano played by Ms. Jenni Kristoff. The music and lyrics were based on Walt Whitman’s Song of the Open Road.

“Stars are With the Voyager” by Victor C. Johnson was a song with many harmonies, and its uplifting, metaphorical lyrics were inspired by a Thomas Hood poem.

“Omnia Sol” by Z. Randall Stroope was a fitting song for the seniors’ last winter concert: its melancholy feel expresses the connections we leave behind as we move forward throughout our lives.

After they concluded their pieces, the two sections combined for “White Winter Hymnal” by Fleet Foxes, a popular piece, which showed off the high and low ranges of the group as well as the flow of the percussion rendition, popularized by Pentatonix.

The groups travels to Granville High School on Saturday, March 7, for their OMEA performances.