The Overlook Hotel Lives: Doctor Sleep’s Continuation of The Shining 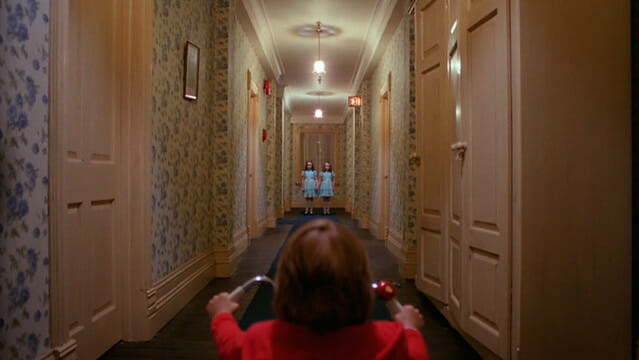 Nearly forty years ago, audiences across the world were mesmerised yet horrified in equal measure by Stanley Kubrick’s The Shining. Now, the saga continues with the recent release of Doctor Sleep.

The film opens with the original Warner Bros. logo seen in The Shining, before going into a series of flashbacks from the 1980 cult classic. Clearly, Doctor Sleep intends to fulfill its role as the sequel to what is possibly the most prolific horror film of all time: the fan service goes so far as to set the film’s opening in 1980.

Doctor Sleep follows Danny Torrance as he recovers from the effects of fright at the Overlook Hotel. As a child recently escaping trauma, Torrance has not spoken since the incident and now lives with his mother, Wendy, in Florida. A brief time-cut sets the movie in 2011, when Danny finds himself a homeless alcoholic in a small town. During these scenes, he works in a hospice, where he has premonitions about the times when its residents will pass. When he goes to one such resident, they dub him “Doctor Sleep” as a testament to that fact.

Yet another time-cut takes Danny into 2019. He telepathically communicates with a young girl on the East Coast, finds out about a mysterious cult’s activity when she carves the word “redrum” into his wall from a thousand miles away, and is dubbed “Uncle Dan” by the girl, Abra.

Despite being two and a half hours, Doctor Sleep moves quickly. The rest of the story has Danny and his best friend Billy traveling across the country to find Abra and thwart the cult, which has been kidnapping and torturing people to feed on its “steam,” which is some sort of life- force that allows the cult to live for thousands of years.

Doctor Sleep from the very beginning is rife with references to The Shining. Danny controls the ghosts of his past by mentally putting them in boxes, which are lined in the maze at the Overlook. This is one of the most obvious references, along with the “redrum” refrain. More subtly, the hospice room Danny visits is 217-though not the iconic room number seen in the hotel, it is the room number originally written by Stephen King in The Shining novel.

At the film’s climax, Danny and Abra take their final stand against the last cult member at the Overlook Hotel. This scenario has the most references. From the reappearance of the twins, the bartender, Lloyd, and even a visit to the door Jack chopped through, Doctor Sleep is a callback to a film that shocked a nation and defined a genre.

Doctor Sleep focuses on its legacy as a Stephen King story. This allows viewers to overlook the somewhat stilted plot points or obvious effects. It features no romantic side plot and stars a young black girl as the heroine.

Ultimately, Doctor Sleep is a sequel. It stands in its own right as a decent horror movie. The real draw, however, is seeing how the events of The Shining played out in Danny’s life. Fans of The Shining will love it. Others may find some pieces corny.

The film ends with a scene where Abra steps into Danny’s role. It mirrors images seen in the beginning sequence. Most fittingly, Abra speaks to her mother about Danny, who talks despite that he dies in the Overlook Hotel aftervsaving Abra. She reassures her mother that both “Uncle Dan” and her father are comfortable in the afterlife.

The Shining, and Danny Torrance, do indeed go on.