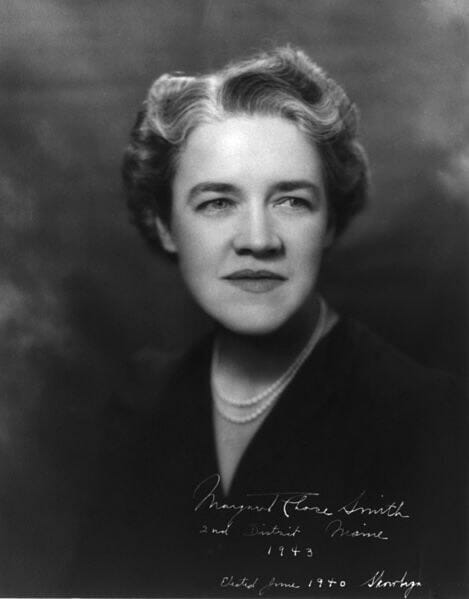 Months earlier, McCarthy had announced to the Ohio County Women’s Republican Club in Wheeling, West Virginia, that he had a list of 205 employees of the state department that had ties to the Communist Party.

In a series of accusations, McCarthy held hearings where “communist” defendants were aggressively questioned, with no concern for their civil liberties. He initiated the “Red Scare,” tapping into Americans’ deep-rooted fears.

The public’s concerns about communism escalated to a larger degree when espionage in U.S. governmental institutions became apparent.

Schools, corporations, and governmental institutions used harsh litmus tests to filter communist individuals. Homosexuals and debtors were promptly fired, as they were considered prone to bribery or blackmail, and therefore, a “threat to security.”

In 1950, the same year of McCarthy’s initial claims, the state department forced 91 homosexuals to resign. In response to this “Lavender Scare,” which was supposedly interconnected with the “Red Scare,” Republican national chairman, Guy George Gabrielson, declared that, “sexual perverts who have infiltrated our Government in recent years” were “perhaps as dangerous as the actual Communists.”

During this government-sanctioned attack on American citizens Republicans sat on their hands. Every Republican, except Senator Margaret Chase Smith.

In her address to the Senate, she declared that a Republican party “embracing a philosophy that lacks political integrity or intellectual honesty would prove equally disastrous to this nation.” She continued, “I don’t want to see the Republican Party ride to political victory on the Four Horsemen of Calumny — Fear, Ignorance, Bigotry, and Smear.”

We are now three years into a presidency marked by hate-speech, bullying tactics, and profound dishonesty.

The Republican Party has been silent.

A whistleblower in the intelligence community has alerted Congress of a phone call between President Trump and the President of Ukraine, Volodymyr Zelensky, in which our Commander-in-Chief allegedly threatened to withhold military aid unless Ukraine agreed to investigate Joe Biden and his son.

This is a felony.

The House launched an impeachment inquiry based on the whistleblower’s account. Every witness has corroborated this report, and Trump’s own acting Chief of Staff, Mick Mulvaney,  admitted that there was a “quid pro quo.”

The Republicans’ response has been to discredit the investigation, libel the whistleblower and the witnesses, and do everything possible to give the President cover from this crime.

Republican representative Jim Jordan of Ohio claimed that Speaker of the House Nancy Pelosi had “finally succumbed to unrelenting pressure from the socialist wing of the democratic party.” And that, “This was never about Russian collusion or Ukrainian prosecutions. It is all about undoing the 2016 presidential election and the will of the American people.”

Our elected leaders are supposed to uphold the principles of our democratic institutions, not the political opportunism of one man.

More than a half-century ago, a Republican unafraid to stand by the truth took a different (and honest) path. Senator Chase-Smith said, “I speak as a Republican. I speak as a woman. I speak as a United States Senator. I speak as an American . . . I think that it is high time for the United States Senate and its members to do some soul-searching — for us to weigh our consciences — on the manner in which we are performing our duty to the people of America — on the manner in which we are using or abusing our individual powers and privileges.”

What example do the current Republican Party’s actions, or lack thereof, set for high school students? At Columbus Academy, three words engraved on our school’s walls are Moral Courage, Integrity, and Honesty.

Academy students are held to these standards for a reason. I am calling on my generation to remember this era of cowardice in Congress.

Our school encourages active bystanders to intervene when they witness injustice. Mr. Tim Leet, our Ethics teacher, speaks of the bystander phenomenon, “So much of our trouble — both at school and beyond — comes from the bystander effect, our tendency to determine what is right by watching how the people around us are acting.  It takes a lot of courage and self-knowledge to do what’s right in spite of how other people are acting. What’s remarkable, though, is often the crowd of bystanders follows the lead of that first brave person. It’s almost as if the courage shown by that first person breaks a spell and wakes people up to what they know is right.”

Senator Chase-Smith was that “first brave person” and has gone down in history as a heroine, while McCarthy’s co-conspirators are remembered as political pariahs.

Right now, it appears the Republican Party is entranced by the stunning spell its president has cast. 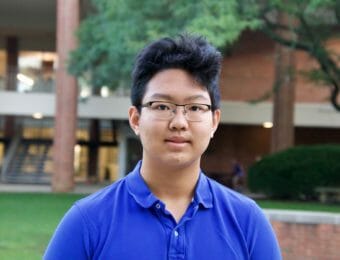