Columbus Academy /  Opinion & Editorial /  And in this Corner . . . Pete, the New Guy on the Street

It’s 2008, and Barack Obama is losing grip of his candidacy. He still clings to the unraveling rope that is his political future.

Sermons of his former minister, Jeremiah A. Wright Jr., were publicized, revealing the minister’s resentful sentiments against whites. Wright said in a 2003 speech, “The government gives them the drugs, builds bigger prisons, passes a three-strike law and then wants us to sing ‘God Bless America.’ No, no, no, God damn America . . . ” Reverend Wright also claimed America held some responsibility for the 9/11 attacks because of the country’s policies in Hiroshima, Nagasaki, Palestine, and South Africa.

Republicans are now taking advantage of this threat to Obama’s candidacy, saying, “You start getting some sense of who he is, and it’s not the Obama you thought. He’s not the Tiger Woods of politics.”

But Barack Obama isn’t ready to lose sights. Now late in the campaign, he finally addresses the nation, directly condemning racism in America and the reverend’s remarks. In Philadelphia, the city where our Founding Fathers declared our independence, Barack Obama delivers his “A More Perfect Union” address, one of the most monumental speeches in American history. Months later, Obama defeated John McCain and became the first African-American president in American history.

Fast-forward more than ten years–now there’s Pete Buttigieg (Boot-Edge-Edge) standing in a diverse crowd of democratic nominees. Buttigieg is a 37 year old Navy Lieutenant who served in Afghanistan. He is a graduate of Harvard and Oxford, speaks seven languages, and is currently the mayor of South Bend, Indiana. He is also married to a teacher named Chasten Glezman, making Buttigieg the first openly gay presidential candidate in the history of the United States.

President Obama and Mayor Buttigieg are both ground-breaking politicians, and Buttigieg learned from Obama’s candidacy that one cannot wait to address controversy.

At first, many saw Mayor Pete’s candidacy as a long-shot. Homophobic tweets taunted him, one even calling him “a young inexperienced gay homosexual fag pervert for President. What a great idea. Like pouring gas on a fire. Help US decay faster enabling aliens & terrorist to kill off the new Congressional’s.” Buttigieg had a comeback response to the hateful remarks, and it wasn’t about poor punctuation.

Mayor Pete was hosted by the L.G.B.T.Q. PAC Victory Fund, where he recognized and addressed his homosexuality. Buttigieg said, “When I was younger, I would have done anything to not be gay.” Even when he was 25 years old, “If you had offered me a pill to make me straight, I would have swallowed it before you had time to give me a sip of water. . . . There were times in my life that, if you had shown me exactly what it was inside me that made me gay, I would have cut it out with a knife.”

Buttigieg then jumped into the ring with Vice President Mike Pence, former governor of his home state of Indiana. Mike Pence has a long, anti-gay history. In 2015, Pence secretly signed a “religious freedom” bill, which allowed for discrimination against those in the LGBTQ community. The 2016 Republican party platform contained support for conversion therapy, a process to “correct” homosexuality, and Mike Pence approved. According to The New York Times, Pence’s 2000 congressional website stated:

Congress should support the reauthorization of the Ryan White Care Act only after completion of an audit to ensure that federal dollars were no longer being given to organizations that celebrate and encourage the types of behaviors that facilitate the spreading of the HIV virus. Resources should be directed toward those institutions which provide assistance to those seeking to change their sexual behavior.

To Pence, Buttigieg said, “If me being gay was a choice, it was a choice that was made far, far above my pay grade. And that’s the thing I wish the Mike Pences of the world would understand–that if you’ve got a problem with who I am, your problem is not with me. Your quarrel, sir, is with my creator.”

For decades, the Republican Party has used a strategy of claiming the moral high ground. Mayor Pete just upended the argument that Christianity and homosexuality are incompatible, delivering Pence and evangelical Christians a sucker punch. Well-known conservatives such as Ben Shapiro and Newt Gingrich even compliment the mayor: Gingrich saying Buttigieg “may be the unknown outsider who grows into authenticity.”

Whether the American electorate will determine if this is his time to lead our country, he has already made his mark. He has reminded Americans that reason and compassion are powerful antidotes to hate.

There’s a new guy in the corner, and he’s ready to roll with the punches. 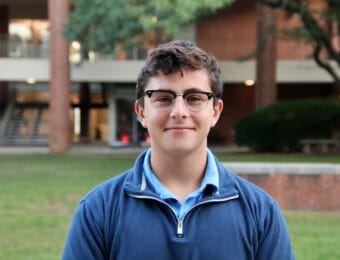