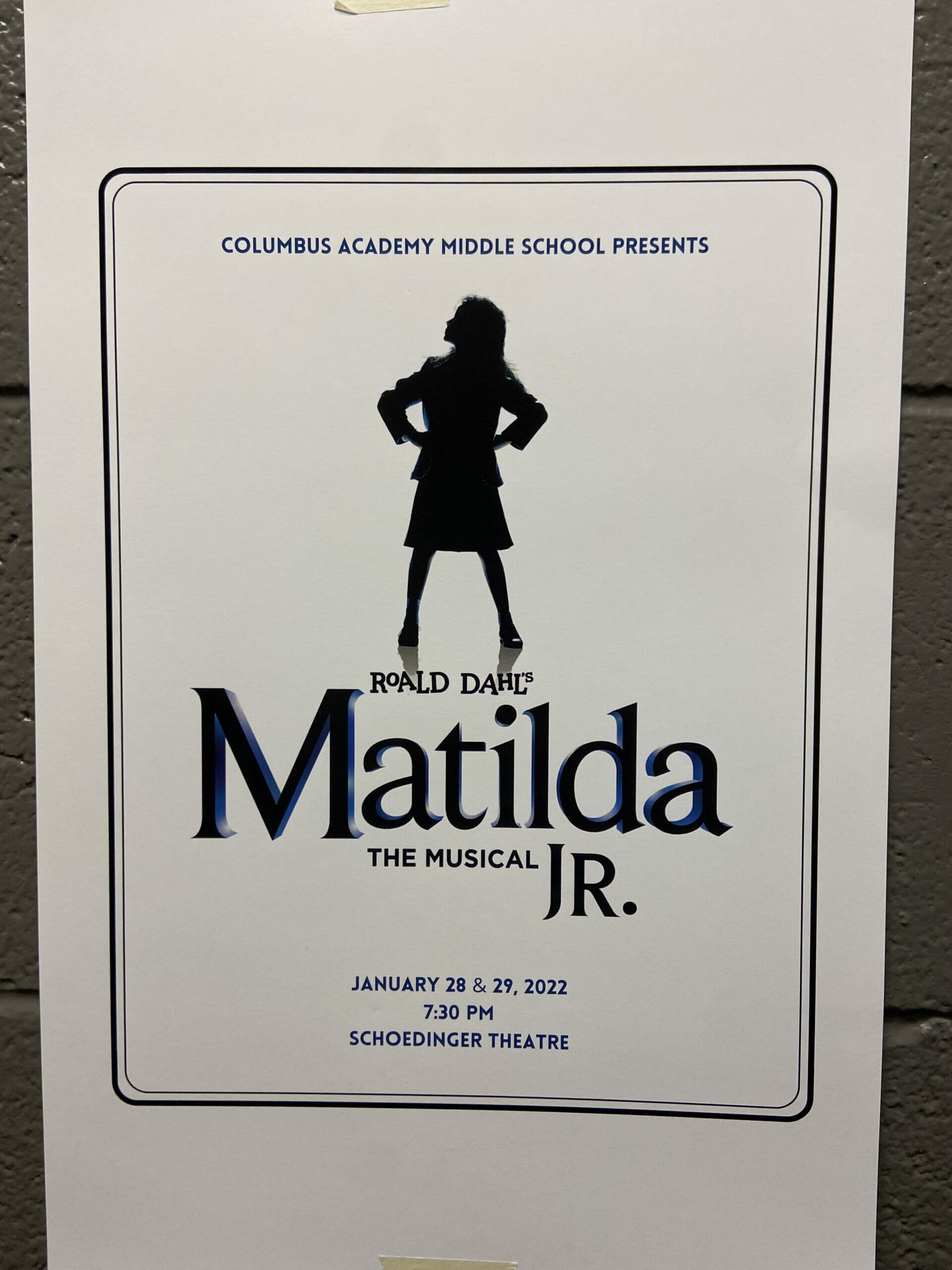 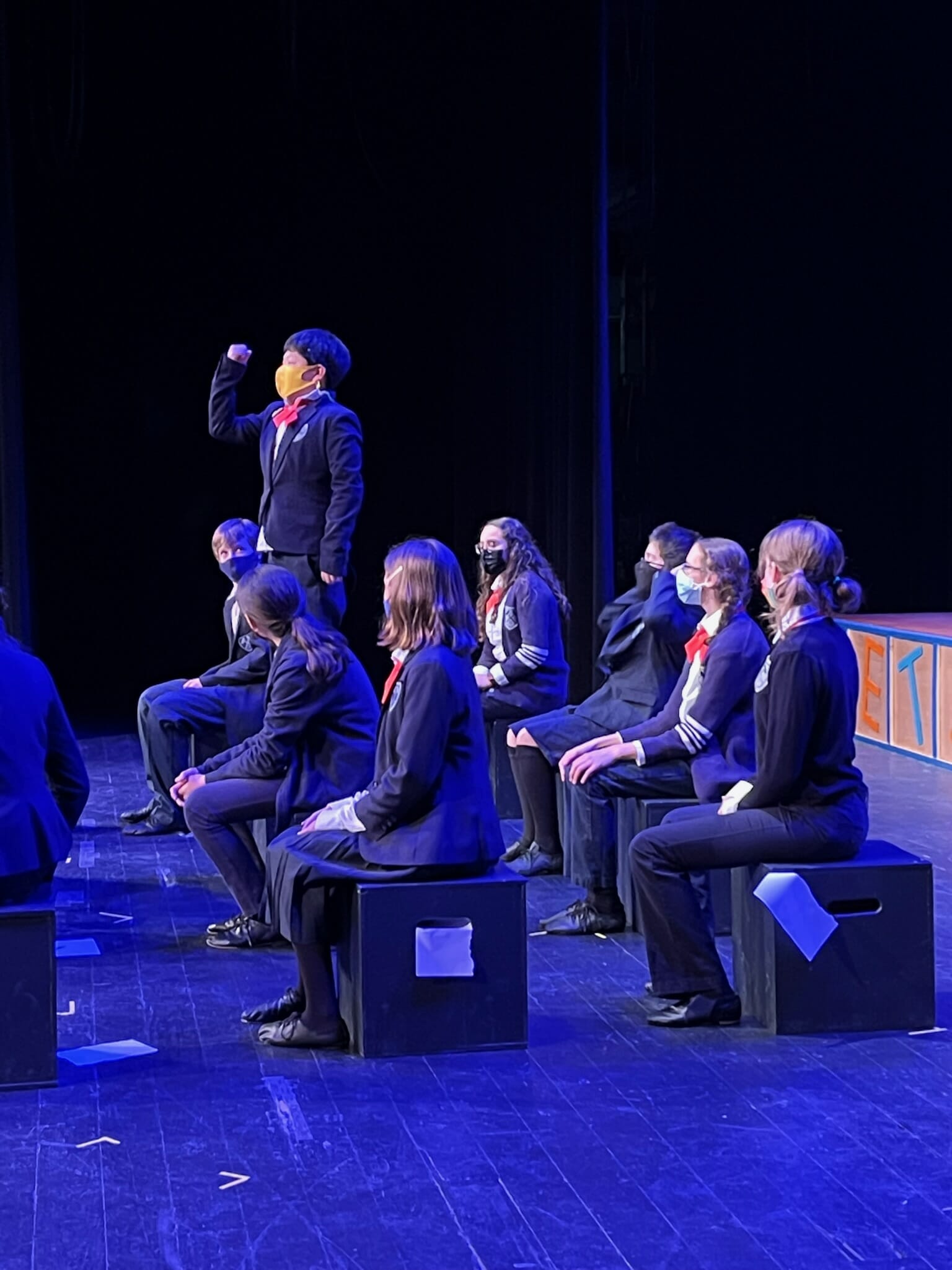 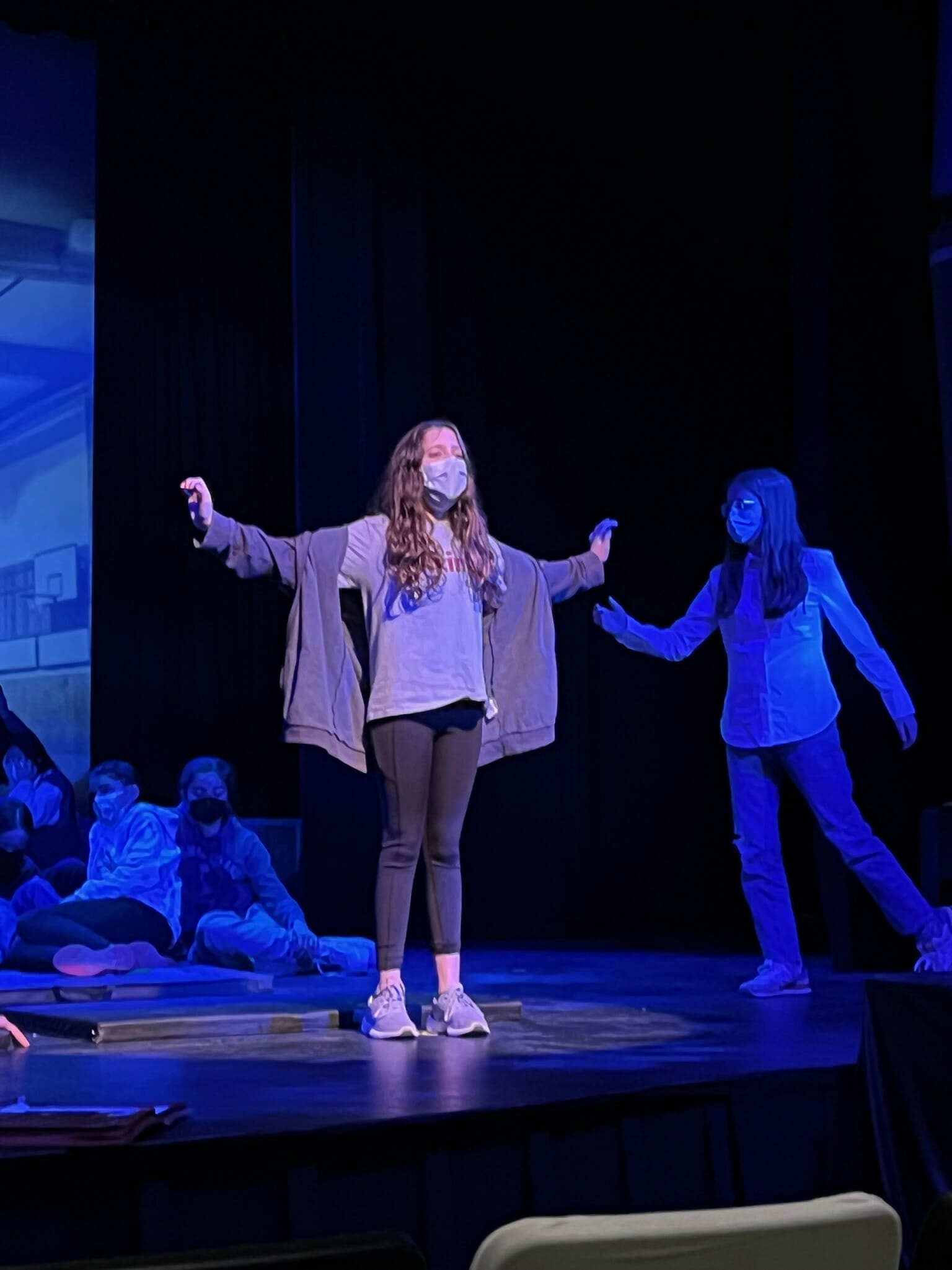 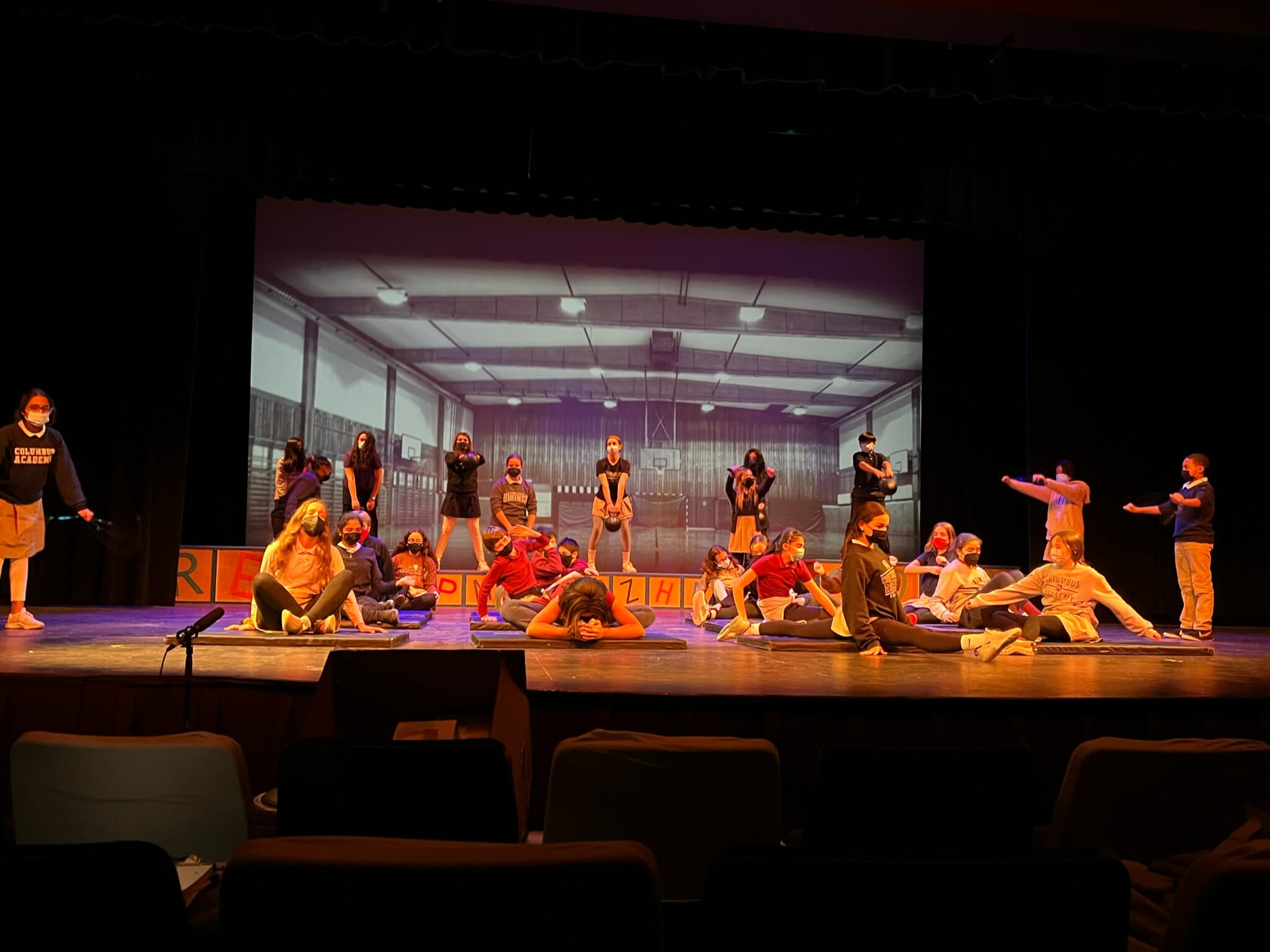 On  January  28 and 29, the Middle School  staged its production of Matilda, directed by Ms. Whitney Eads. Gabi A. performed as Matilda. Mr. Scott Dillon created the set, with its numerous movable parts, and worked on the play’s intricate lighting to differentiate various scenes.

Memorable takeaways included  Jude S. as Bruce, eating an entire cake along with Sophie S. playing the sweet Miss Honey, who  battles the tyrannical Trunchbull (Sophia L.) Even with our mask mandates, the cast performed “Revolting Children,” in an energetic choreography that allowed the cast to shine.

With over 70 students in the cast and crew, Matilda was one of the biggest shows ever staged at Columbus Academy. Its swift set changes and fun music blended impressively with the play’s hilarious dialogue.