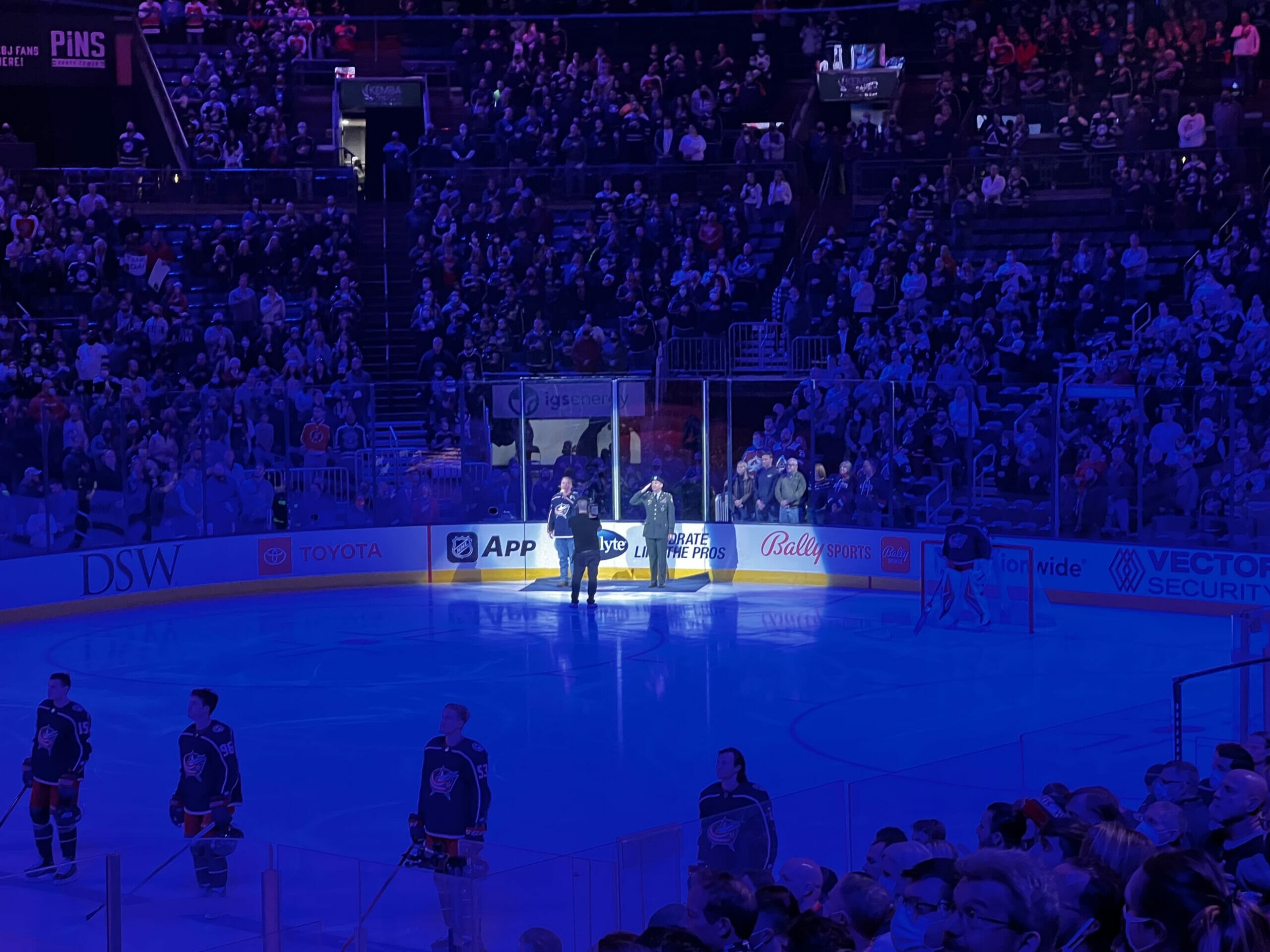 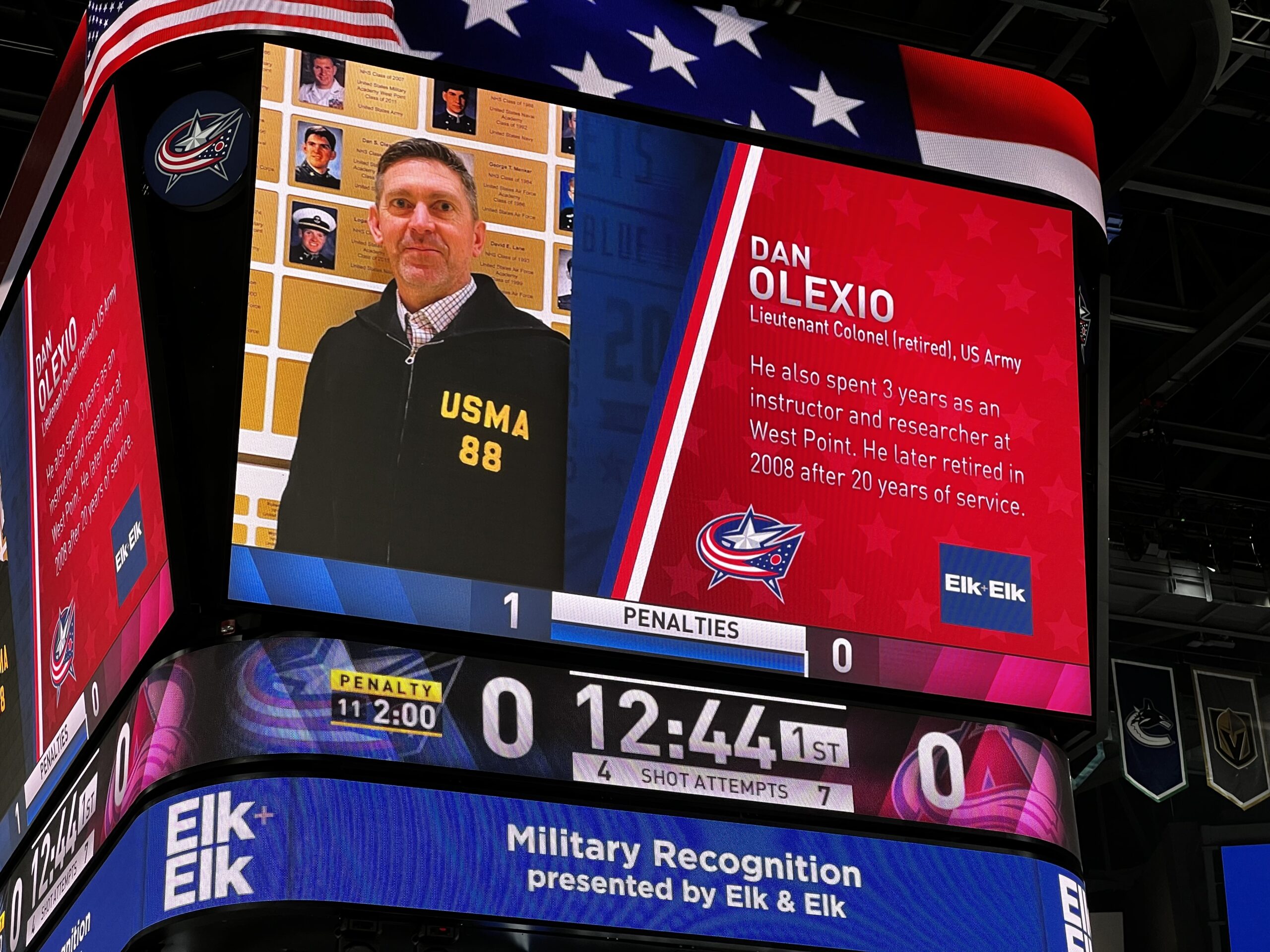 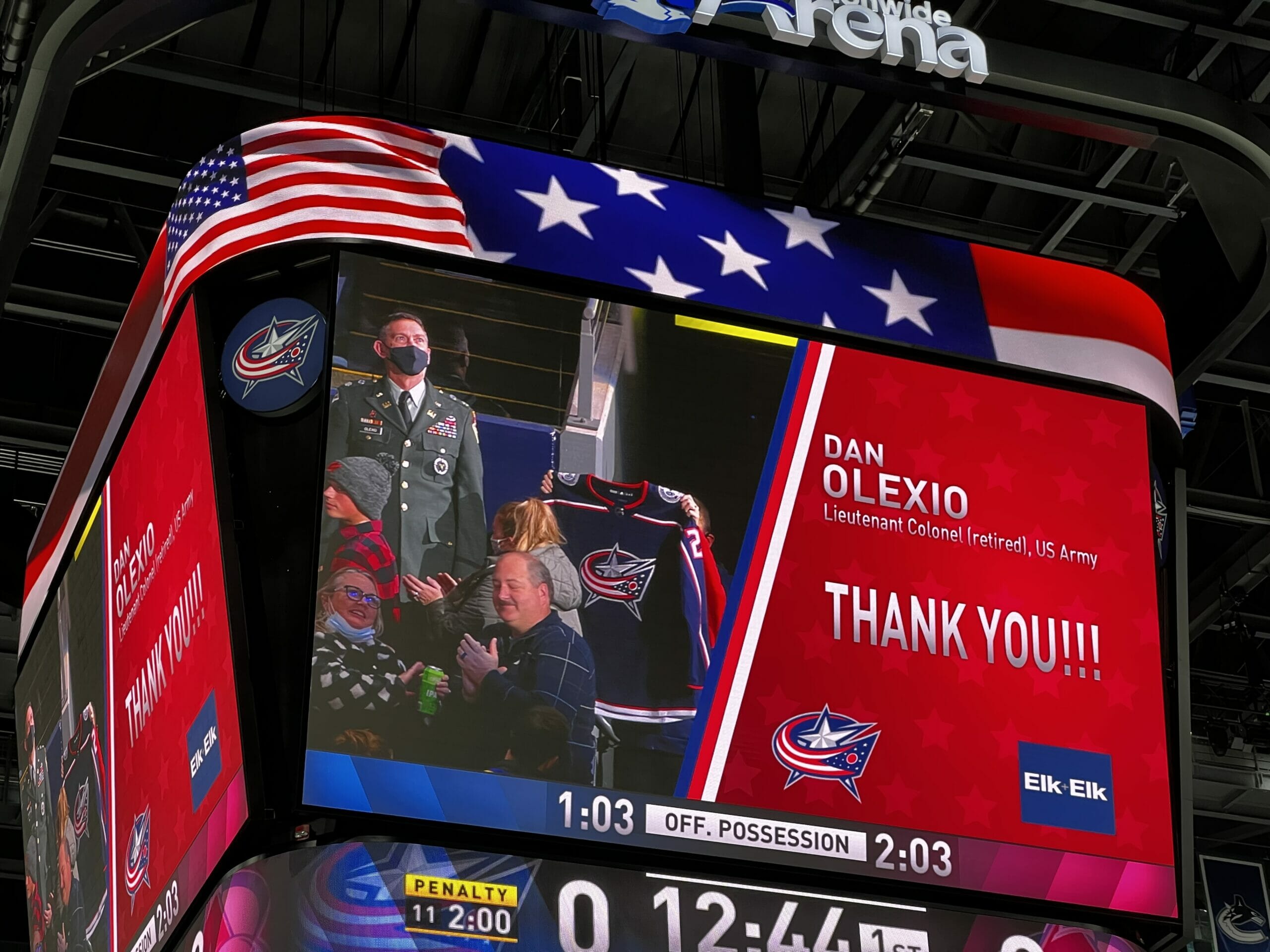 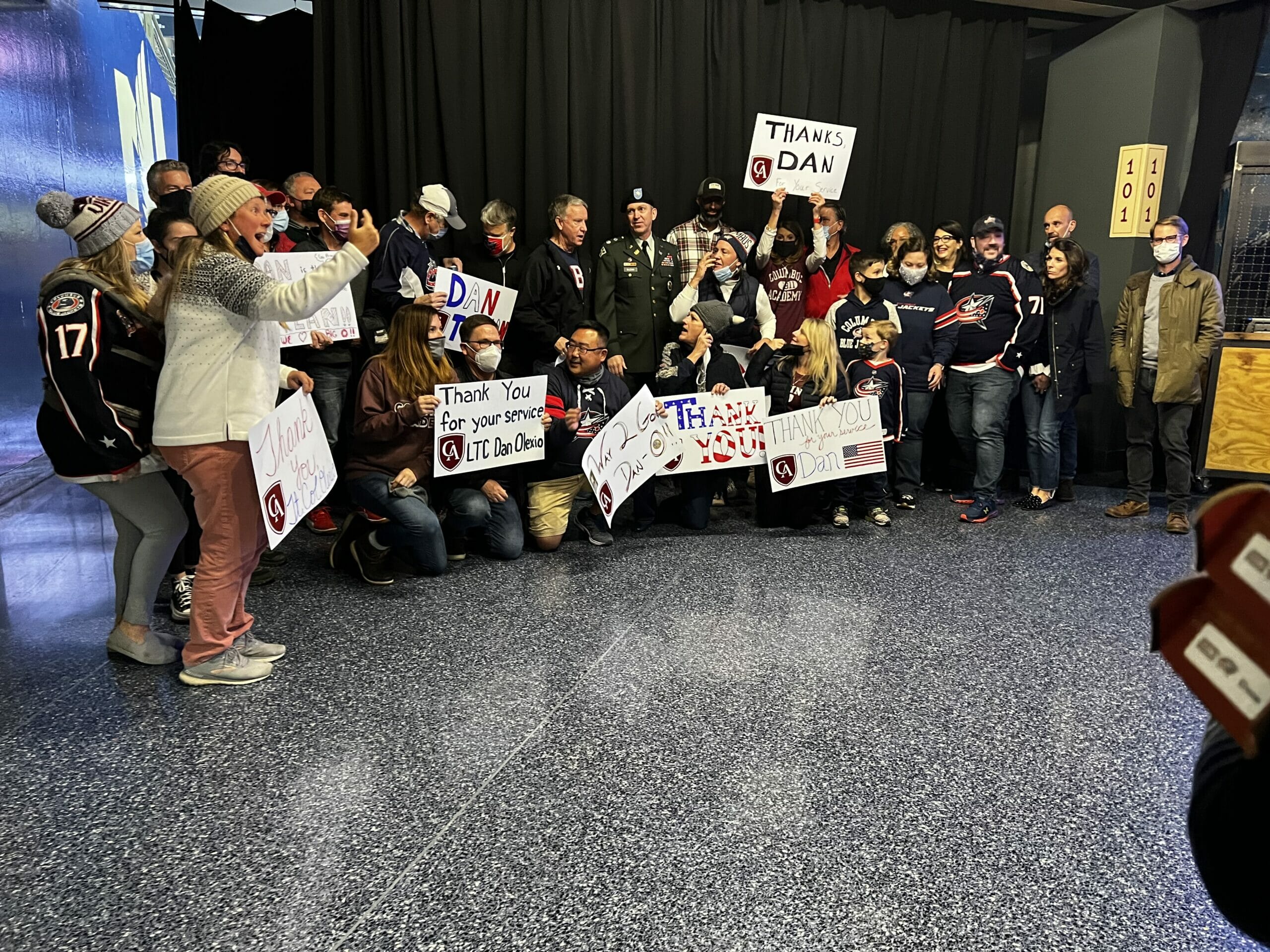 For the Columbus Blue Jackets’ (CBJ) home games this season, the team is honoring a veteran, who is nominated for this celebration to show respect for current and former members of the armed forces.

On Saturday, November 6, Assistant Head of School, Mr. Dan Olexio, was honored for his service in the U.S. Military at the CBJ game vs. the Colorado Avalanche at Nationwide Arena.

Mr. Olexio served in Iraq from 2003-2004 as a combat engineer in the U.S. Army. His military career lasted for 20 years before his retirement.

A graduate of the U.S. Military Academy, Mr. Olexio was originally interested in attending West Point because there was no tuition, though there was a military service requirement upon graduation. He later realized he wanted to serve and protect the citizens of the United States to  “be a part of real-world issues.”

Regarding his role in Iraq, Mr. Olexio said, “In that battalion, I was the operations officer, I was a major, and I planned our operations. We helped reestablish the government and rebuild schools, so the government could start working again. I started in Iraq in that role, and then I changed to the Executive Officer, which I think is kind of like my job here. You work with the staff, the logistics, the operations, and sort of planning and coordination.

Previously, Mr. Olexio was honored for his service at his high school in Dayton, Ohio, but he said nothing compared to the recognition he received at the CBJ game. Mr. Olexio says, “It’s a little weird because that’s not why anyone goes into the military. Just because you’re not seeking that recognition doesn’t make it less meaningful, but it does make it feel kind of weird sometimes.”

Many family members, friends, and colleagues attended the game for this recognition. We thank you for your service, Mr. Olexio.