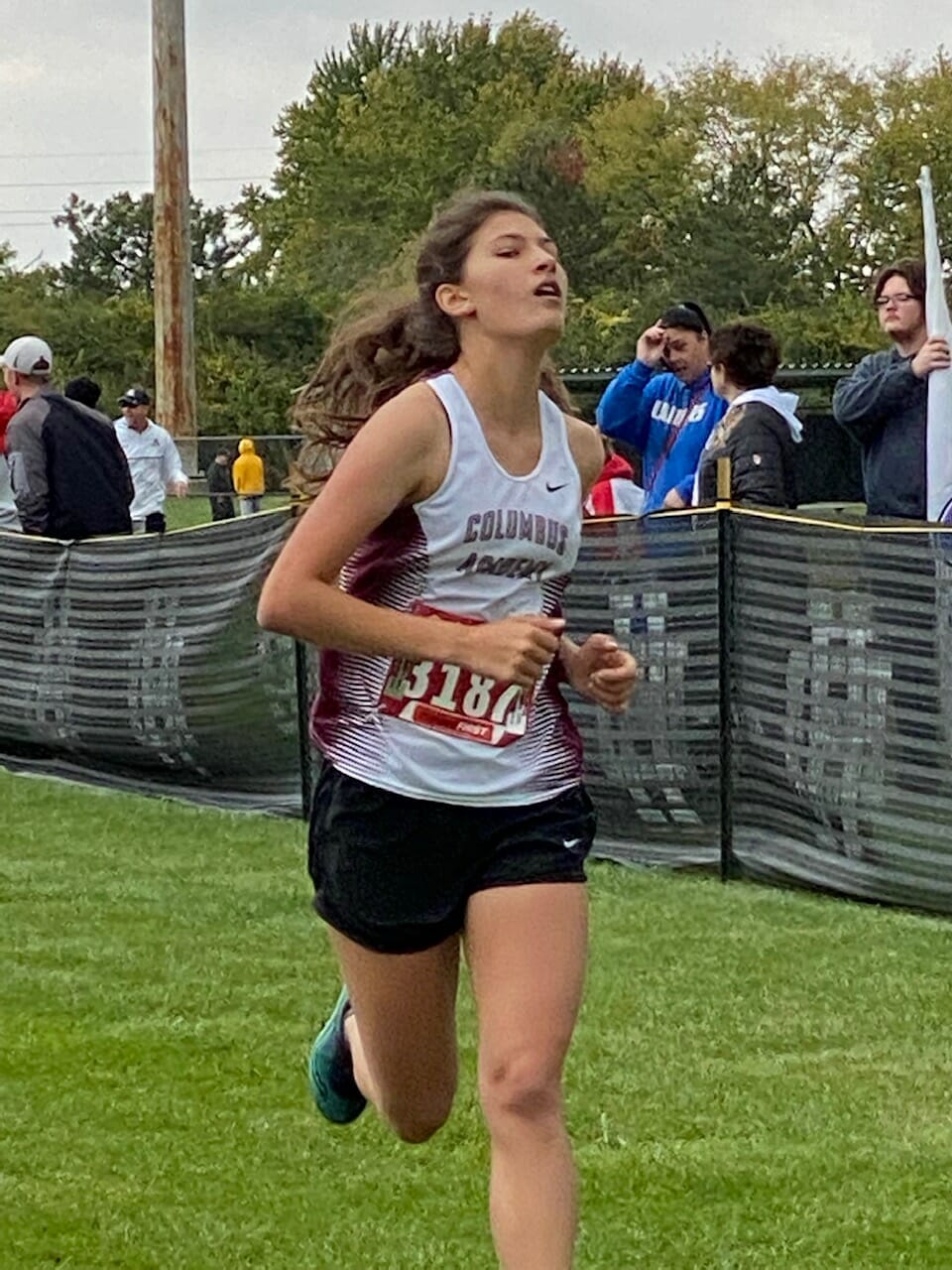 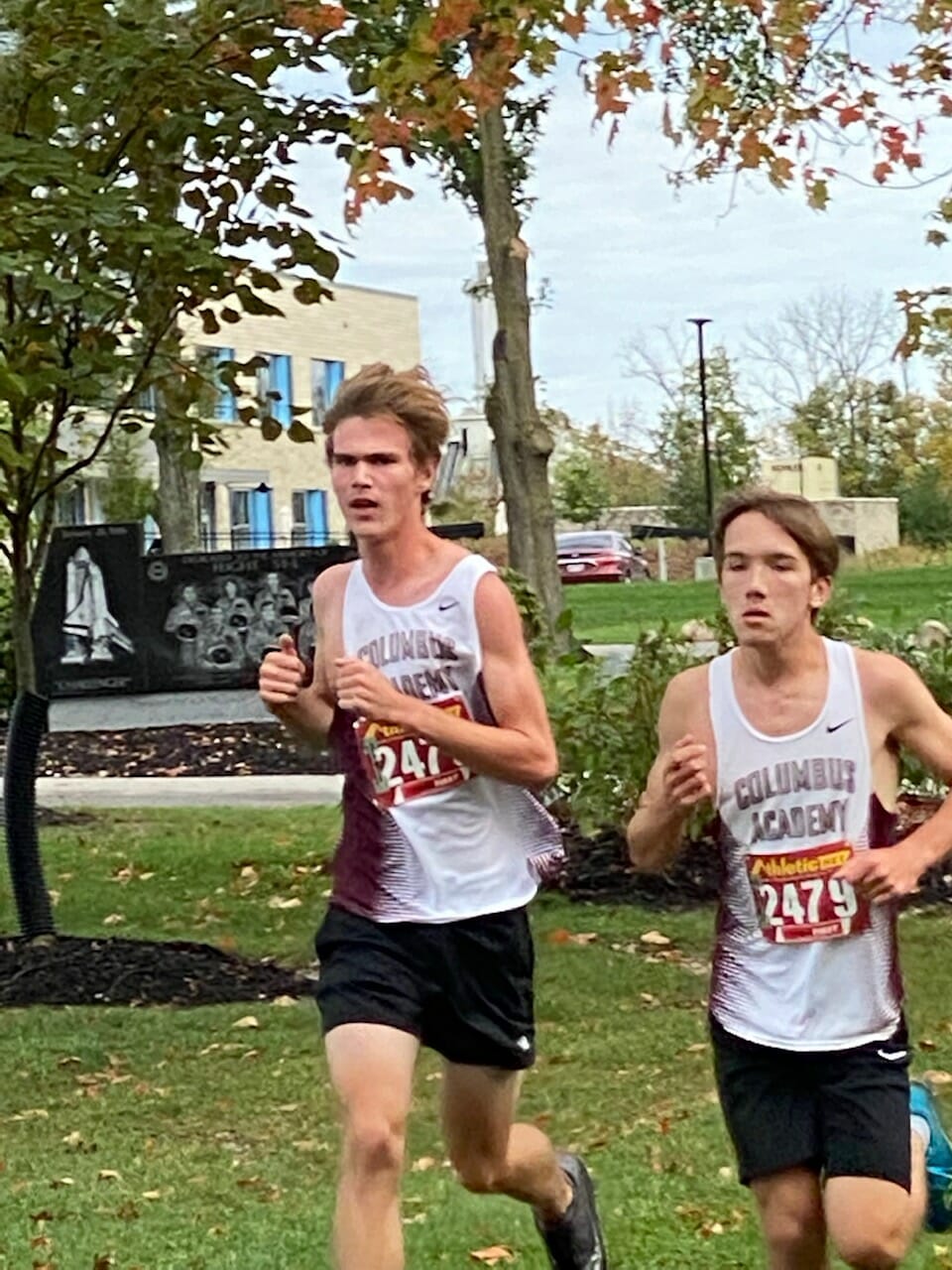 Madeline Proctor charges on at districts. Liam Ross ‘22 and Stephen Wright at MSL’s.

With the regular season schedule winding down and postseason meets ramping up, seniors Liam Ross and Madeline Proctor reflect fondly upon their time on the cross country team. Both will miss their teammates, according to, who Ross mentioned they are “one of a kind.” Proctor said her teammates became strong friends “because you’re all going through the hard work together.”  Both will continue running in college for a club team.

Congratulations to the girls and boys teams who placed third and eighth, respectively, at their first postseason race on Saturday, October 23 at Hilliard Darby. The girls will compete in regionals at Pickerington North on October 30.