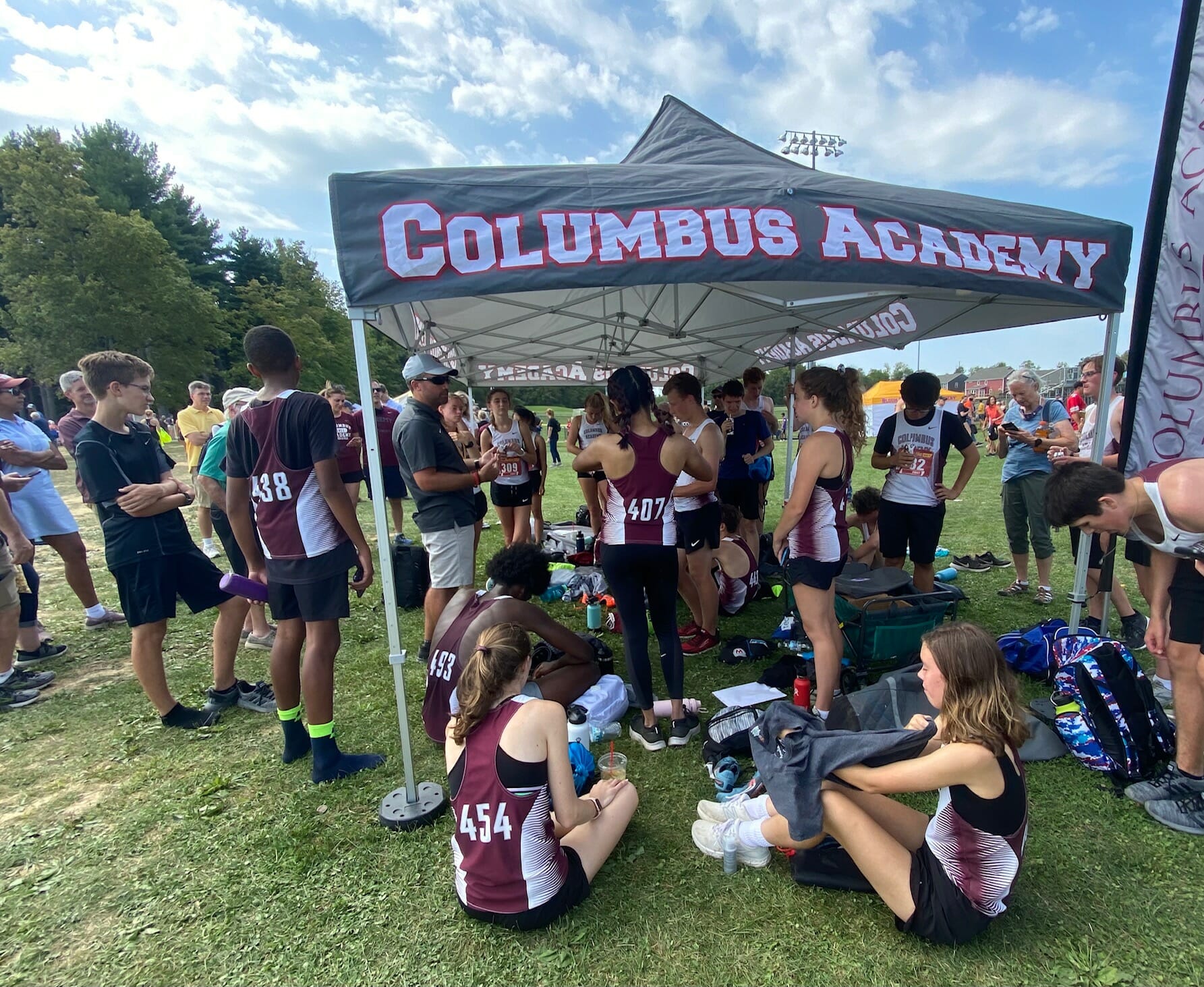 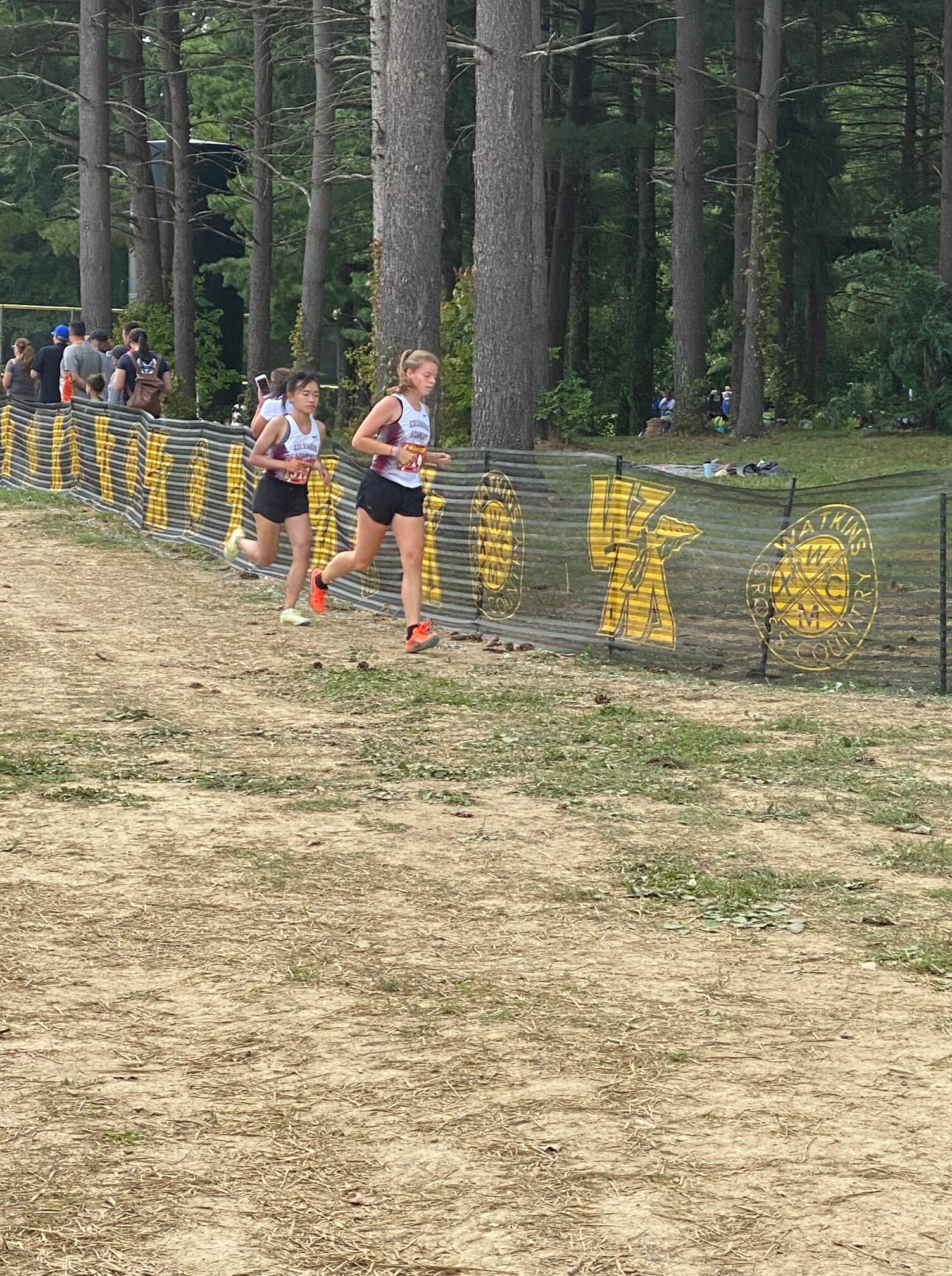 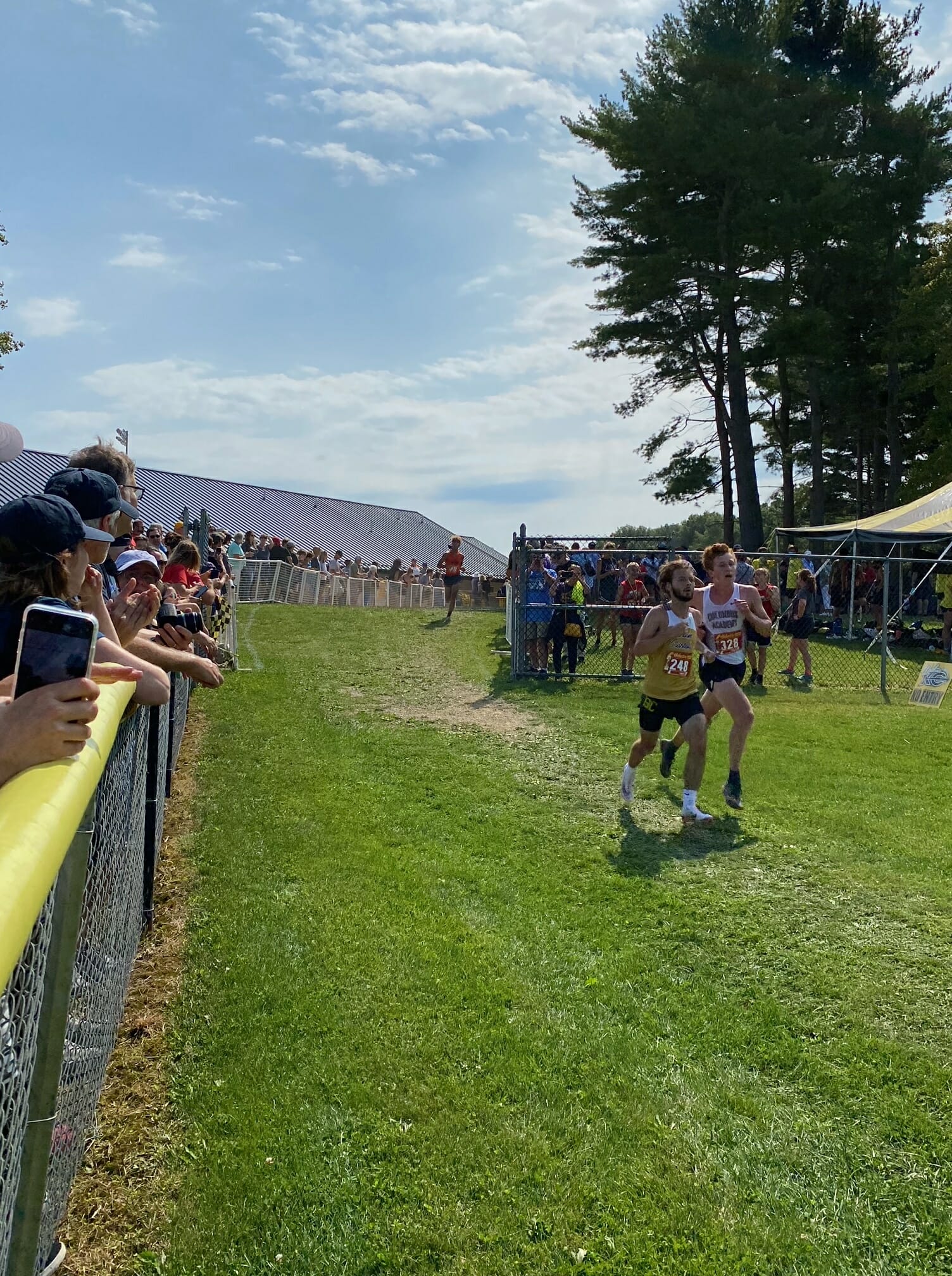 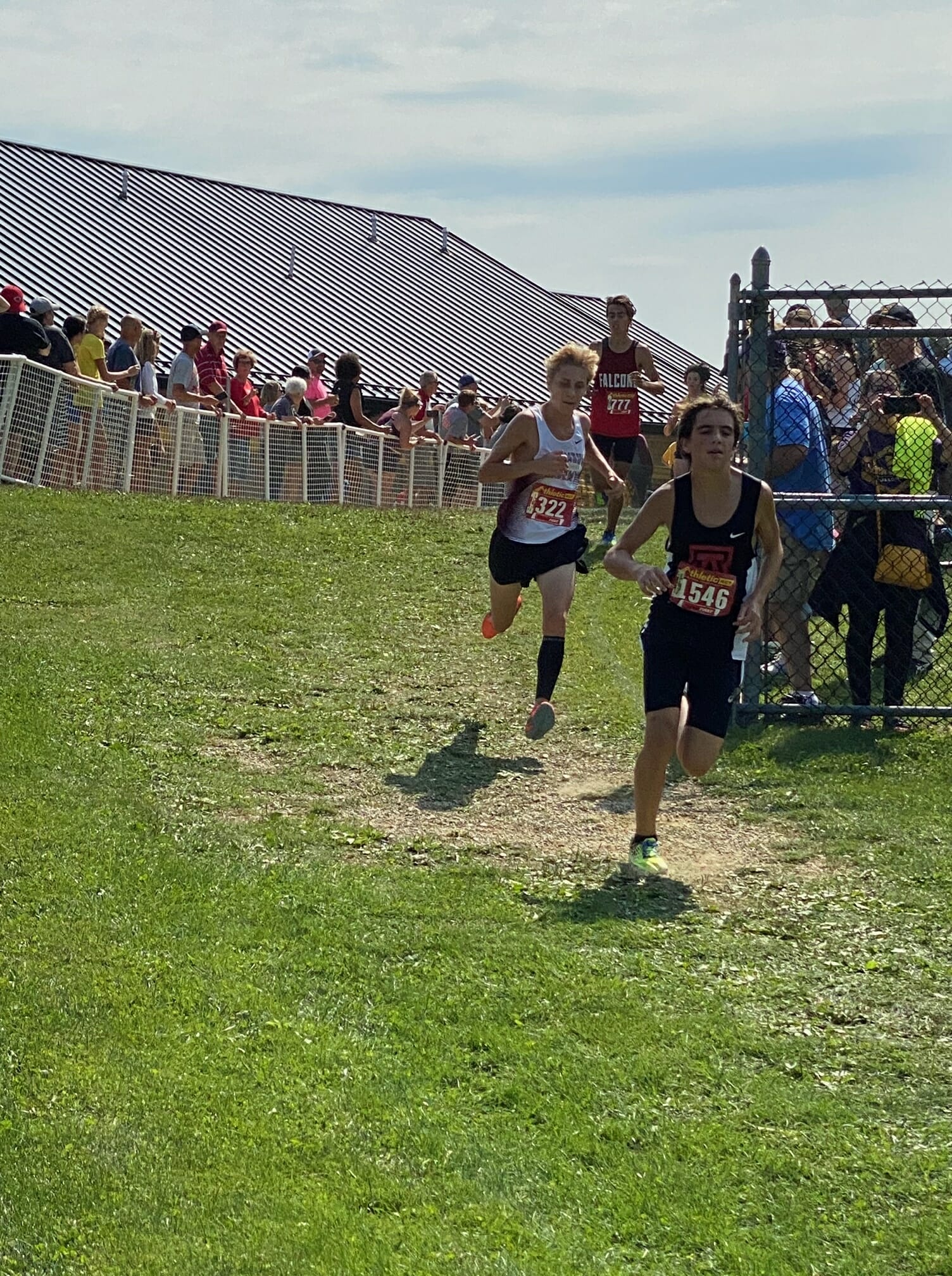 September 11 was also a memorable day for Coach Mealick and the CA runners at their Pataskala meet. (Courtesy/CAXC parents)

While many enjoyed the first three weeks of August before this school year resumed, some US students were “off and running” as the CA boys and girls cross country teams were pounding the pavement in the humid conditions.

Under the new leadership of Coach Chris Mealick, the Vikings’ season is off to a great start. At their first 5,000-meter meet, the Newark Catholic Invitational on August 28th, the girls swept the podium. Congratulations to Clara Stevens and Melanie Qin who medaled first and second, respectively, followed by Madeline Proctor who captured third and the varsity squad who won first! Varsity Boys also triumphed. Peter Heermann medaled in overall third position. The team ranked second.