Columbus Academy /  Sports /  Ice Hockey off to a Mixed Start

Ice Hockey off to a Mixed Start

Senior Nate Roush fights for the puck on the boards. (Courtesy/Mark L’Hommedieu)

After a small Coronavirus-related hiccup and a subsequent break in the early weeks of the season, the Columbus Academy ice hockey team continued on per usual. The squad came into the weekend having started the season with four wins and five losses, securing third in its division. The Vikings continued the momentum with a double-header against rival Gahanna-Lincoln on Friday, January 8, and Saturday, January 9.

On Friday, Academy and Lincoln met at the Chiller Easton to start off the weekend. The Lions opened the scoring with a little over 7 minutes left in the first period. The Vikings worked hard to make up the deficit but couldn’t finish on goal through the first two periods, holding off Gahanna along the way.

Early in the third, Gahanna scored again to double its lead, but this time, the Vikes responded when Jake Carlin’22 found the back of the net from Lauren Golden’24 and Campbell Gwin’21. But his comeback attempt was too little too late, and Gahanna sealed the game with a third goal just minutes later.

The next day, both squads returned to the Easton Chiller to play once more. Academy came into the game seeking revenge and came out firing. The Vikings took control of the game early in the first period when Gwin scored the first goal of the game. Academy played shut down defense for the remaining three periods and stopped Gahanna from mounting a comeback, winning 1-0.

These two games took the Vikes to a 5-6 record and 4th in the team’s division. The squad plays again on Sunday, January 10, against the Olentangy Braves at the Dublin Chiller, before facing Olentangy Orange at the Easton Chiller on Friday, January 15, and Saturday, January 16. 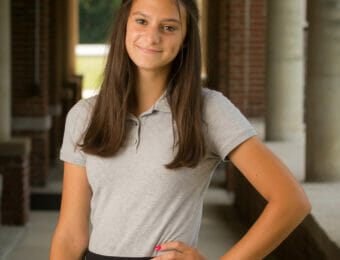