November 17, 2020 By Cameron Seymore'23
(Wikimedia Commons)
In its tribute to the campy 80’s slasher films, American Horror Story: 1984 covers ghosts, serial killers, and bloodshed in an overwhelming rushed season.  The plot follows five friends in the summer of 1984 as they escape to Camp Redwood to work as counselors, but the camp’s murderous past comes to light as the friends fight for their lives.
\American Horror Story is unlike any other television show on television because of its changes in theme and plot every season, including new characters but played by recurring actors Sarah Paulson, Evan Peters, Jessica Lange, Kathy Bates, Emma Roberts, and Angela Bassett. But with most of the cast choosing not to return for AHS: 1984, it is less compelling than the other runs.

This season features Emma Roberts, Matthew Morrison, Billie Lourd, Leslie Grossman, John Carroll Lynch, and Cody Fern. Its 80’s theme this time around is overdone. You can bet eyes roll when seeing aerobics, crazy hair, neon, and roller rinks. But if you arwsomeone who really loves this era, you’ll enjoy all of the 80’s touches.

Inspired by Friday the 13th, Sleepaway Camp, and The Nightmare on Elm Street, this season’s show incorporates the real-life serial killer Richard Ramirez (The Night Stalker) as its main character: a choice that is in poor taste. Giving him a love interest, immortality, and a whole real-life storyline only further romanticizes and glorifies this actual killer.

But this season finishes with a sweet heartwarming ending, surprising for the typical bloody finales of other shows. 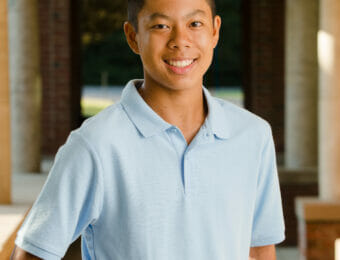