The CA boys soccer team left the Hondros pitch on Wednesday, November 4, disheartened after surrendering a set-piece header at the 10-mark of the first overtime against Botkins. The Vikings dominated all aspects of the game, with multiple shots careening off the opponents’ goal posts, and it seemed certain CA could sneak one in during golden-goal overtime. It was a disconsolate ending to a great season for a team that had hoped to advance further in the state playoffs.

The first half of the game witnessed a relentless attack on the Botkins goal with numerous Vikings launching missiles that narrowly missed the net. The defensive unit dominated Botkin’s offense, repelling multiple attempts to penetrate the Vikings’ zone. On a breakaway at the 41-minute mark, Charlie Tuckerman‘23 was subsequently fouled and converted the penalty kick to give the Vikings a 1-0 lead. However, 10 minutes later, Botkins netted a goal on a deflection after a corner kick. The game remained tied 1-1 until the end of regulation, sending it into overtime. The Vikings enthusiastically entered the extra period with numerous attacks on Botkin’s goal. The game appeared in hand, only to be thwarted by Botkin’s overtime header at the 10-minute mark.

Though the team was hoping to make a deeper run in the tournament, CA’s seniors have helped create a powerhouse program that includes three district championships. 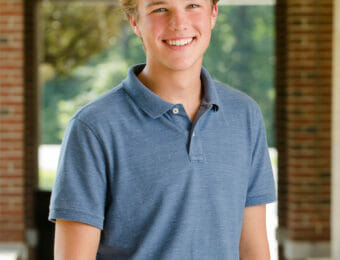