Our boys opened up the week with a 4-5 loss to powerhouse Bloom-Carroll on Monday, October 12, at Hondros Field. The game was hard-fought, with both teams having continuous chances on the other’s goals. Charlie Tuckerman’23 had a standout game, knocking in two goals and two assists, one to Leo Kass’23. The other went to senior Sonari Hart, who flew through the air for a header to the top corner. Despite the loss, our boys left the field feeling good about a long postseason run.

Closing out the regular season, the teams’ camaraderie was on full display during a damp and dreary game against Grandview on Thursday, October 15, at Hondros Field. With the state playoffs set to begin and Academy’s top seed secured, Coach Leach restricted the playing time of many of his usual starters. While on the sideline, senior captains J. Houston and J. Kass’s helped keep the team’s spirits high and led an outpouring of support for their fellow teammates.

Although the Vikings succumbed to Grandview 2-0, our boys fought throughout the game. From his position in the right midfield, Josh Tu’21 severely limited the Bobcats breakaway opportunities while also generating momentum for the Vikings. Vassar Barney’21 was also wildly cheered from the sidelines as he disrupted Grandview’s attempts to capitalize on set piece opportunities. Afterwards, the Vikes huddled on the sideline, already turning the teams’ attention to the upcoming playoffs.

After receiving a first-round bye, CA’s first postseason game is slated for Monday, October 26, at Hondros Field, against the winner of Harvest Prep and Madison Christian. 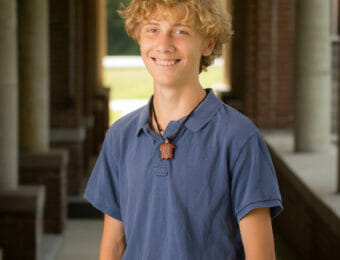