Our boys opened up the week with a tough home matchup against powerhouse Worthington Christian on Wednesday, October 7. Despite a stellar defensive effort, the Vikes were unable to hold off the Warriors, and conceded the game 3-1.

Looking to rebound, CA next faced off against Bishop Watterson at home on Saturday, October 10. The Vikings again demonstrated a trademark combination of hustle and skill by jumping to an early lead at the 4-minute mark, as Leo Kass’23 deftly passed the ball to Charlie Tuckerman’23 along the right hash. C. Tuckerman then juked two Watterson defenders and slammed the ball into the net, putting the Vikes up 1-0. Our boys seized upon the momentum created by this first goal and two minutes later C. Tuckerman once again broke away from the Watterson defense and scored. The Eagles refused to go down that easily and got on the board with a deflection at the 10-minute mark. For the remainder of the first half, the Viking’s stout defensive bulwark of Jared Kass’21, Finn Cassidy’21, Max Popp‘22, Noah Houston’24, and Luke Budzik’21 repelled multiple attacks.

The second half began with Bishop Watterson aggressively attempting to even the score, but this ended in futility as CA had a breakaway in the 53rd minute. C. Tuckerman sprinted up the center of the field, lasered a pass to junior David Wunsch, who then rocketed a shot off the near post. Senior Jonah Houston, consistent with the hustle that has marked his tenure with the Vikings, managed to snare the deflection and slam it into the net.

In the contest’s waning minutes, the Vikings almost scored again as Cassidy raced up the left hash and blasted a ball to C. Tuckerman, who passed it to senior Arie Tuckerman for another shot on goal. 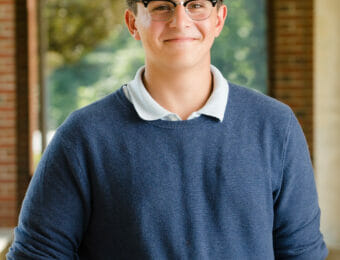