Fresh off a critical win against Whitehall and looking to add another, our boys soccer team faced Bishop Hartley on Saturday, September 26. Both teams had scoring opportunities in the first half, with goalie Luke Budzik’21 saving multiple shots. Academy controlled the pace of the game throughout the first half, including aggressive defensive play by defenders Jared Kass’21, Campbell Gwin’21, Zach White’22, and Noah Houston’24.

A penalty kick goal 5 minutes before the end of the first half gave Bishop Hartley the lead at halftime. After adjusting their strategy, the boys came roaring back, striking three minutes into the second half. Senior midfielder Jonah Houston‘21 snaked a ball past multiple Hartley defenders to Charlie Tuckerman’23, who then shot the ball past the Hartley goalie to find the back of the net.

Two minutes later, Gwin sent the ball up the midfield to Jonah Houston, who passed the ball off to Grant Edwards’21, who connected Tuckerman, whose shot sailed past the goalie, giving Academy its first lead of the game. The CA boys remained in control through the rest of the half, keeping the Hartley offense from any more goals and its defense on its heels.

Tuckerman scored his third goal of the day with 11 minutes to go in the game on a breakaway where he outran all three of the Hartley defenders. This game gave another hat trick for Tuckerman and another win for CA taking the team to 5-3-1.

Academy’s strong play continued on Wednesday, September 30, with a 5-1 win against Buckeye Valley. The game started with Buckeye Valley scoring an early goal. Then Tuckerman, assisted by fellow sophomore Leo Kass, tied up the score with a powerful goal into the net. Before halftime, Leo Kass scrambled for the loose ball and tapped it in to give the Vikings a 2-1 lead.

The momentum continued into the second half. Tuckerman capitalized on another assist from Leo Kass to strike again. Tuckerman gained another hat trick, leading to his third goal of the game-this time assisted by Jonah Houston. The Vikings continued their strong offensive play as junior Arden Preza, assisted by Gabe Eribo, scored off of a corner kick. Soon after, Preza found Omar Drissi, who capitalized to score another goal. Buckey Valley was no match for the Vikings’ strong defensive line of J. Kass, Gwin, White, and N. Houston, and skill of Luke Budzik’21 in goal.

On Saturday, October 3, the Vikings played St. Francis Desales. Academy fought the Stallions but came up short with a 5-1 loss. Although the first half was a good battle, the Stallions took a 1-0 lead into halftime then scored three more goals in the second half. Although they were down, the Vikings persisted and fought tirelessly, with senior captain J. Kass launching a free kick that senior Sonari Hart tapped into the goal.

The Vikings (6-4-1) return home to square off against Worthington Christian at Hondros Field on October 7 at 7:15 p.m, followed by Whetstone on October 10 at 3 p.m. 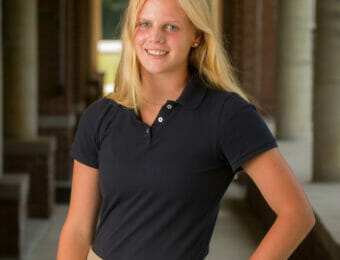