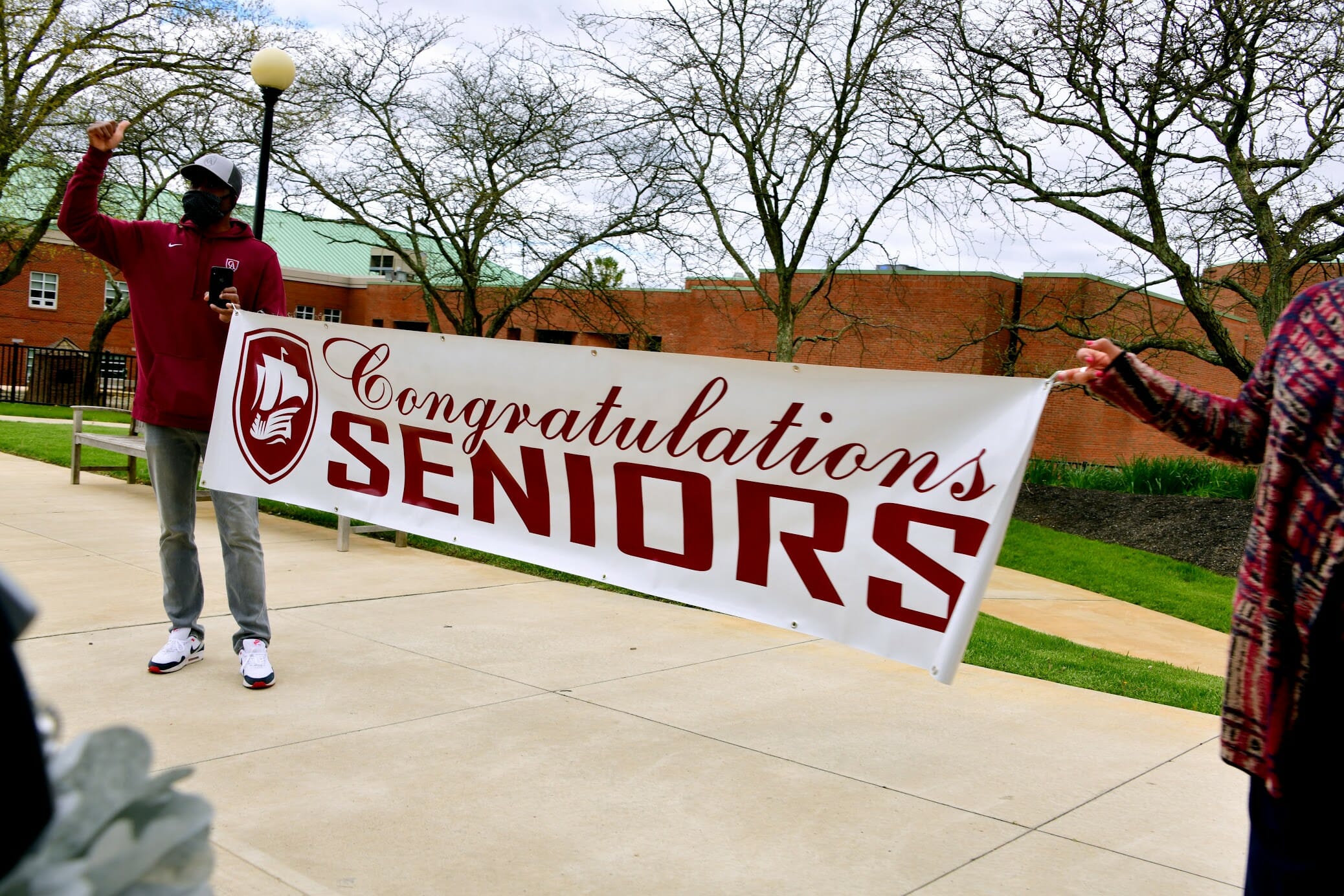 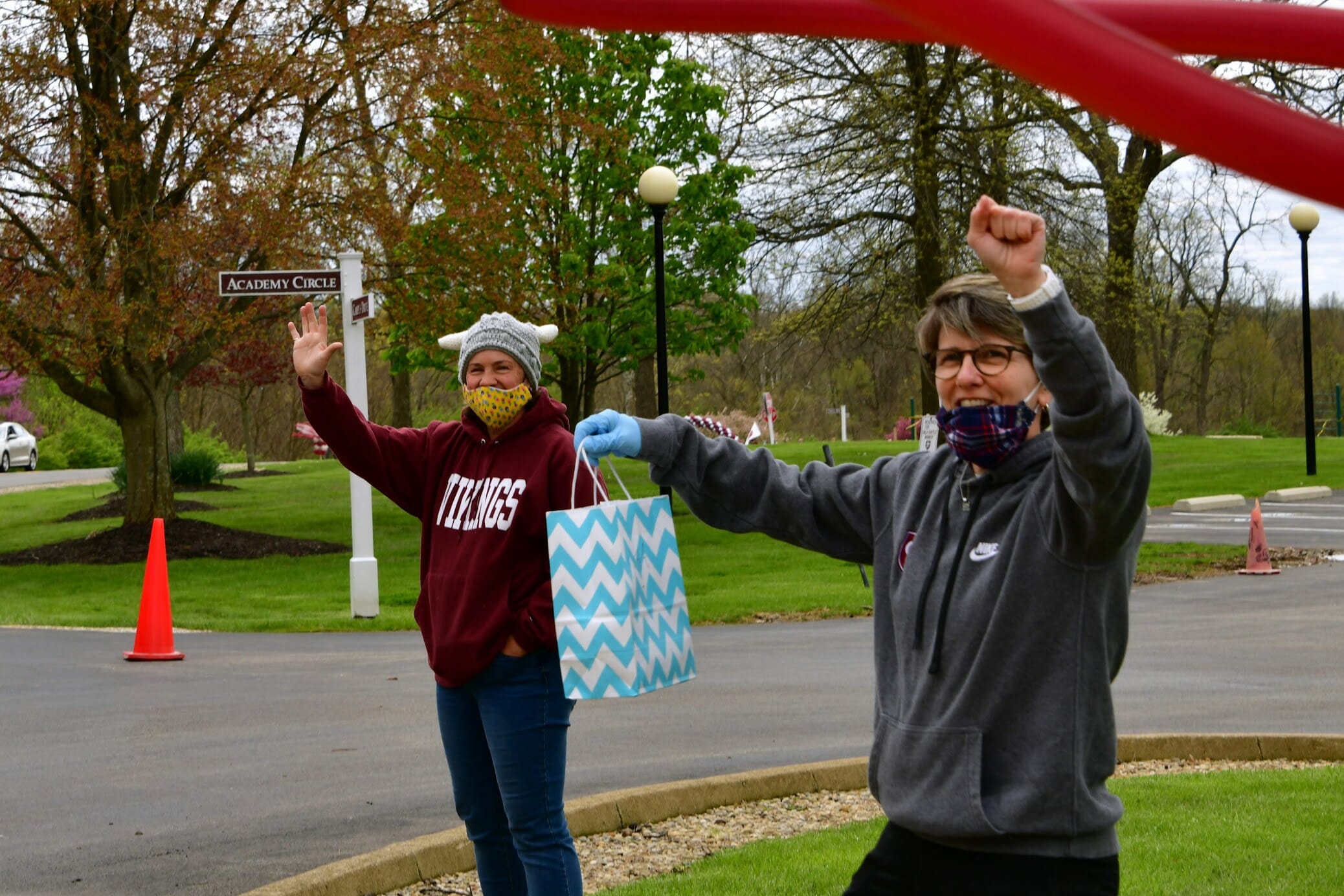 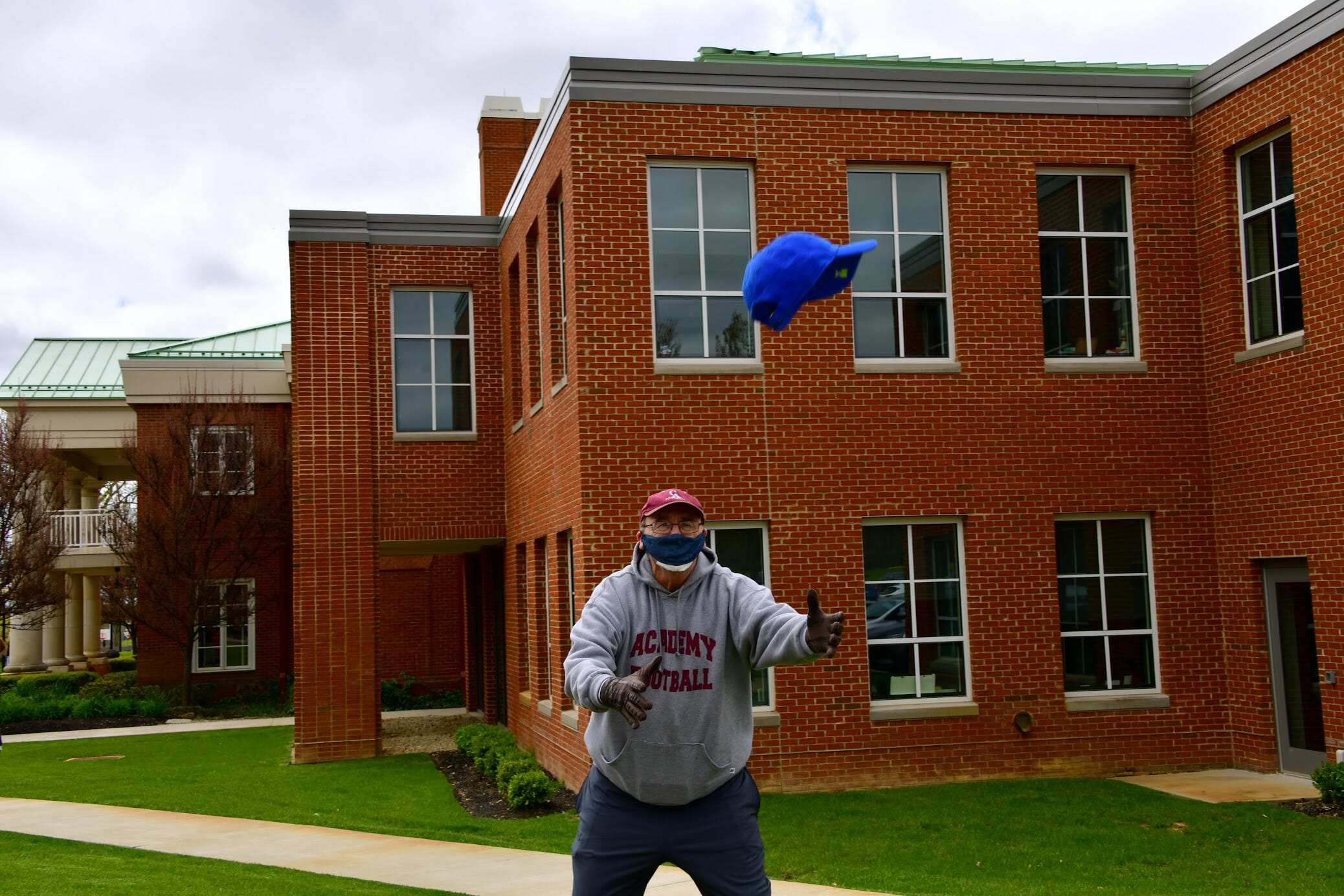 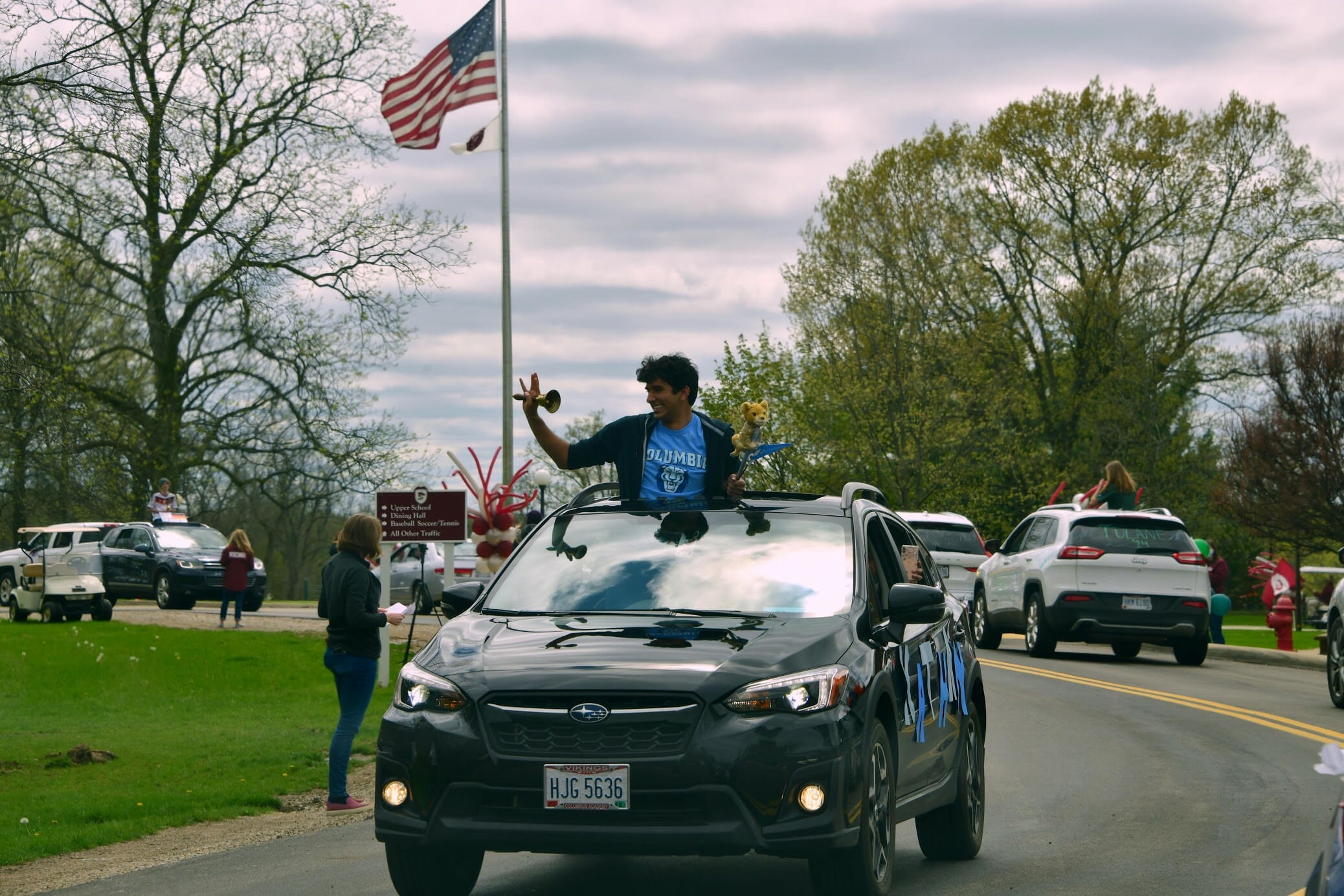 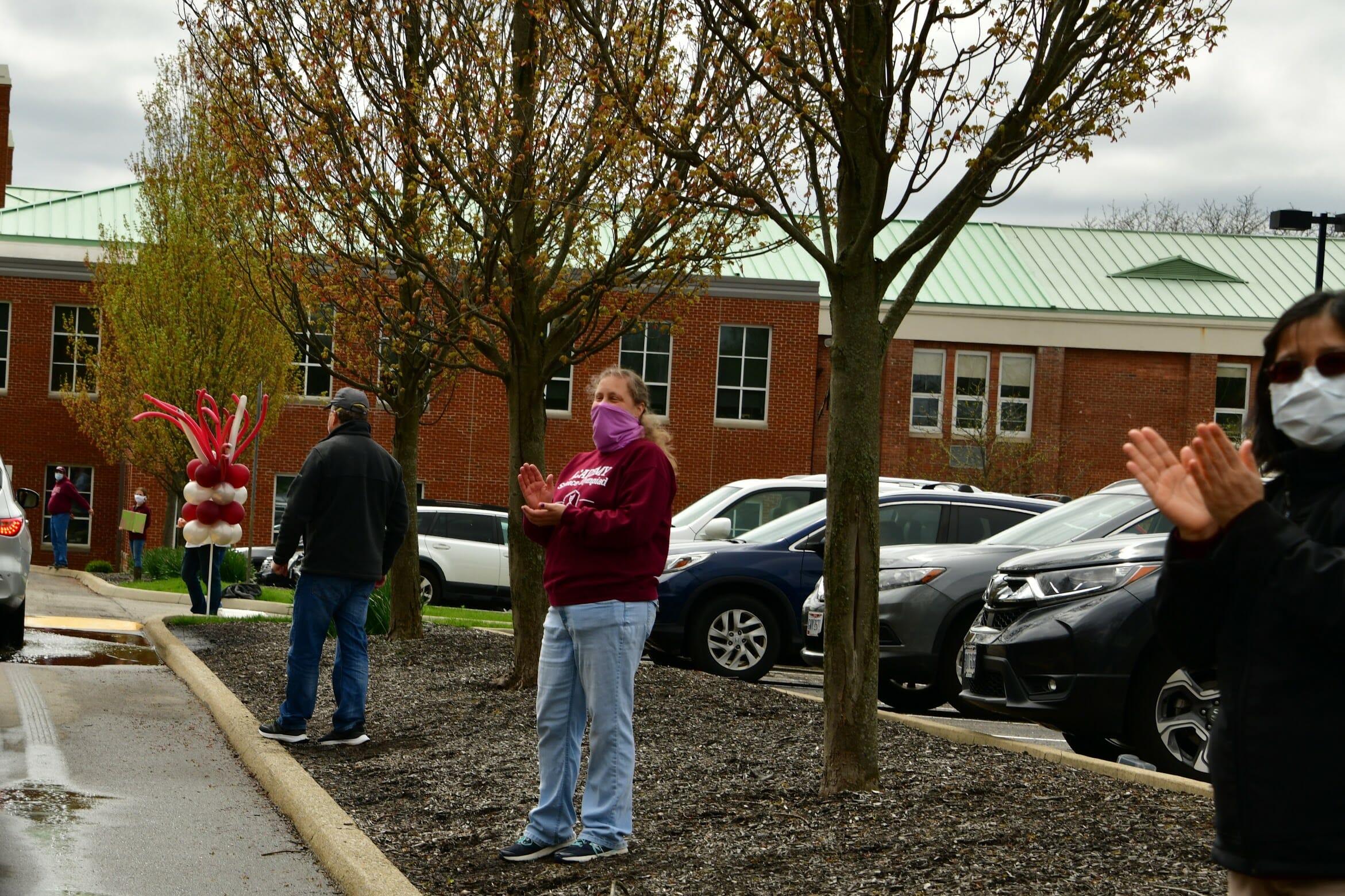 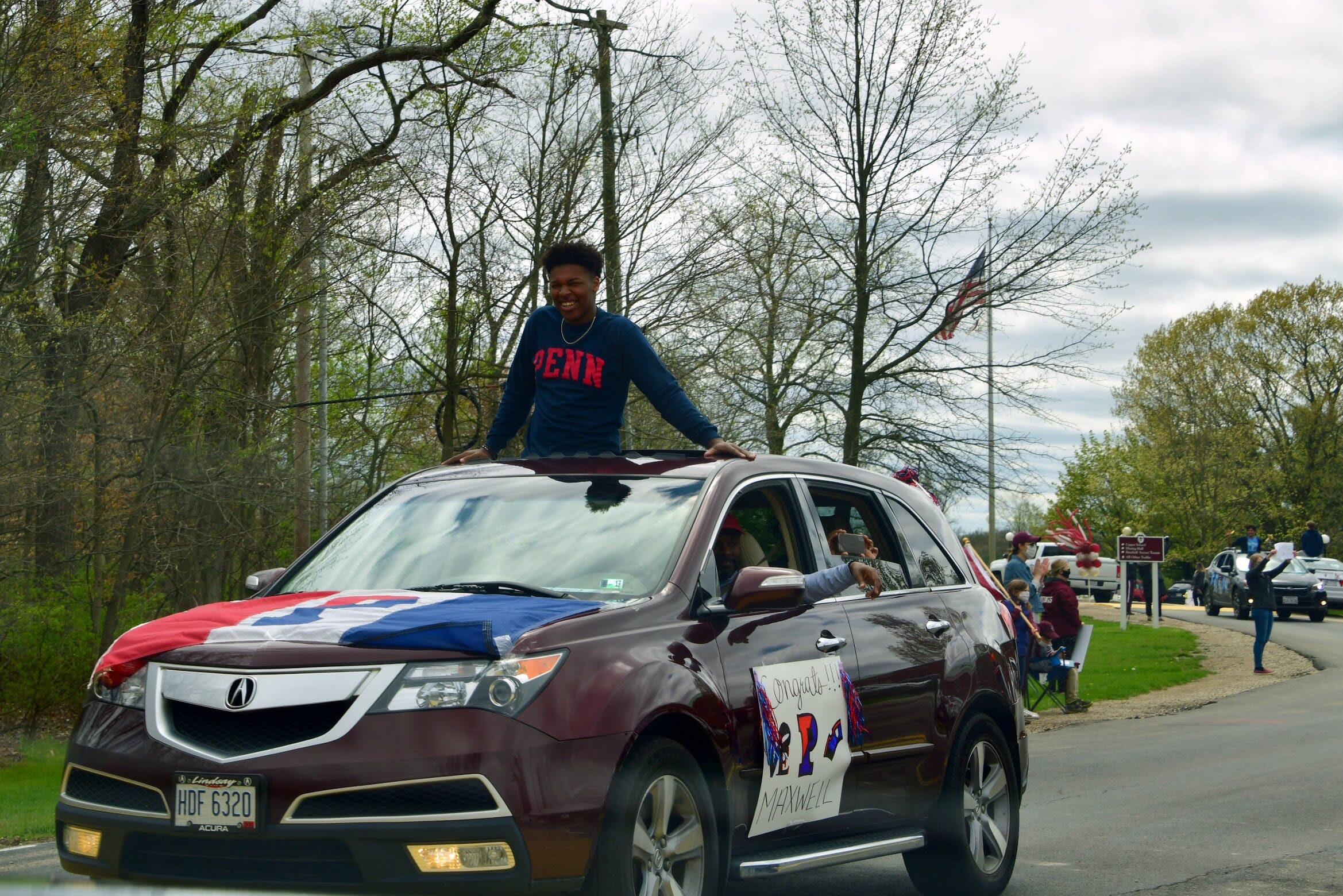 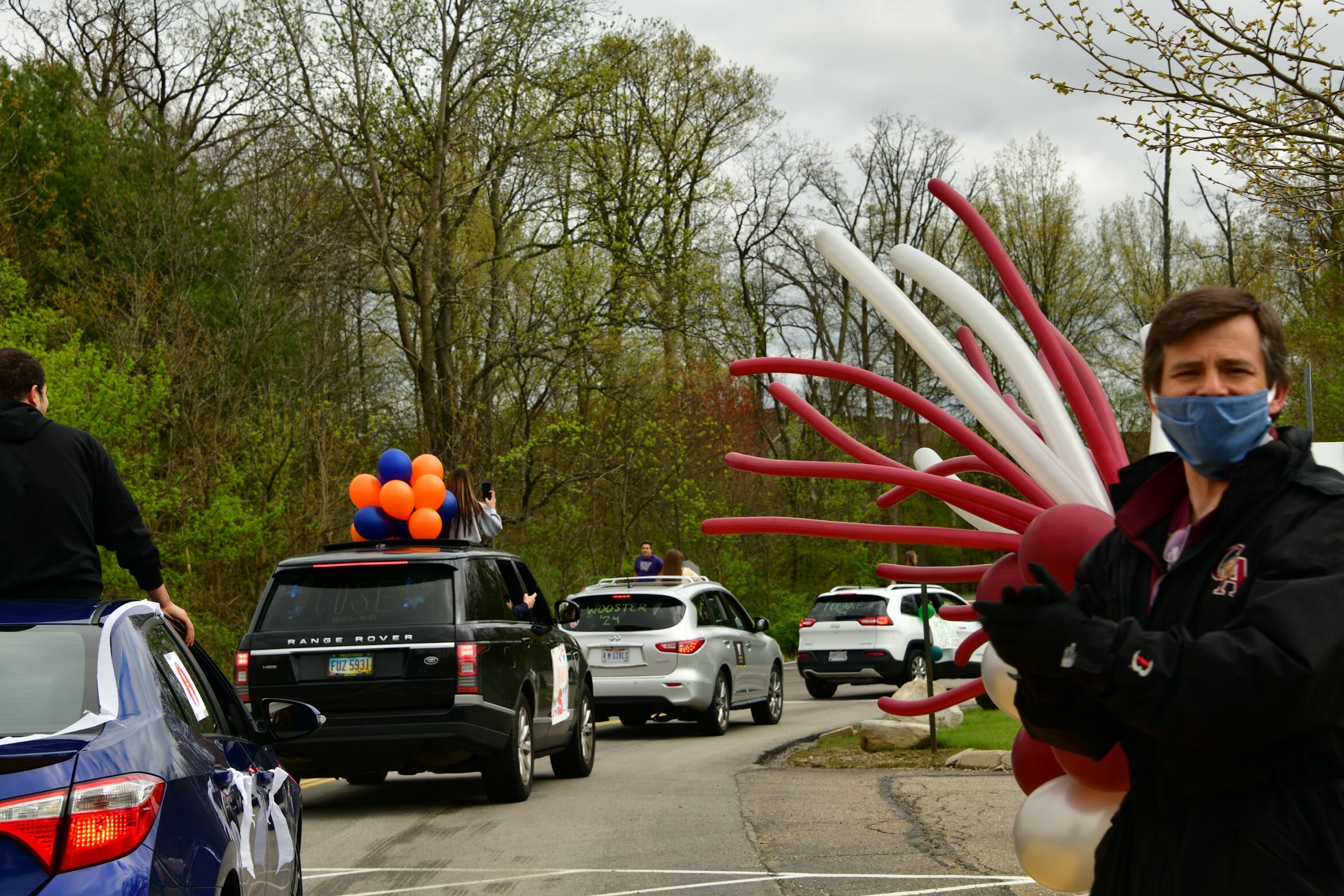 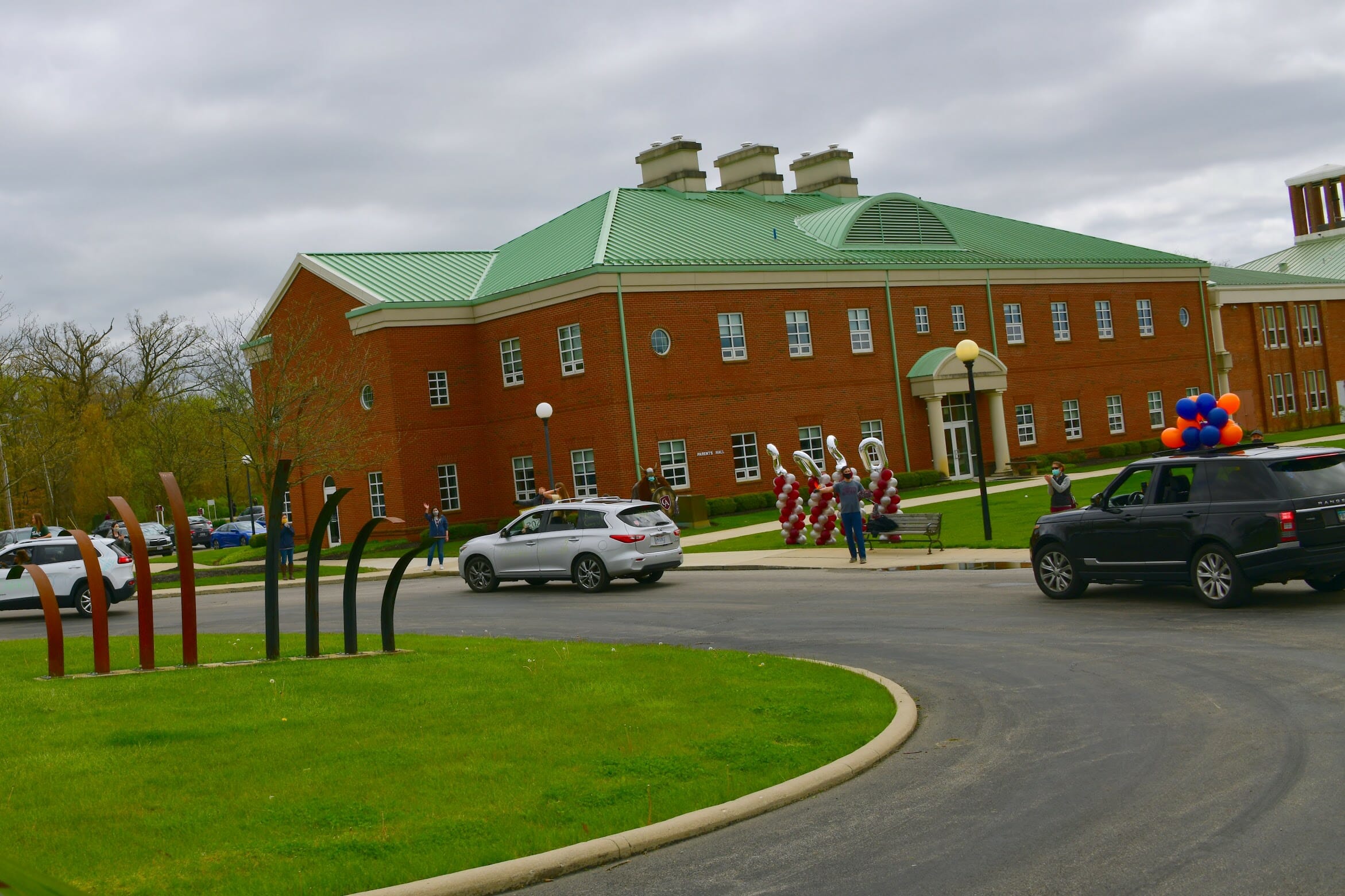 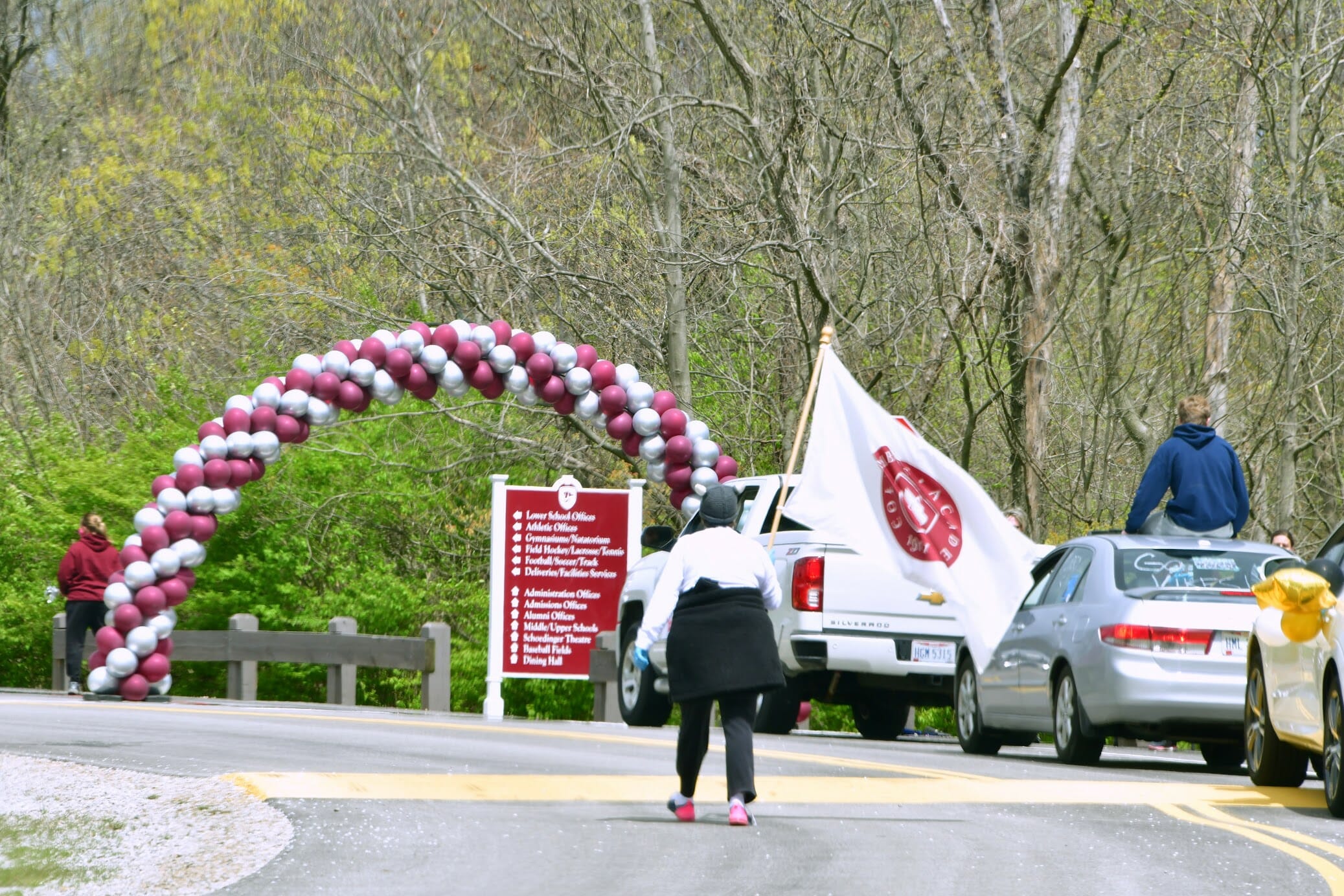 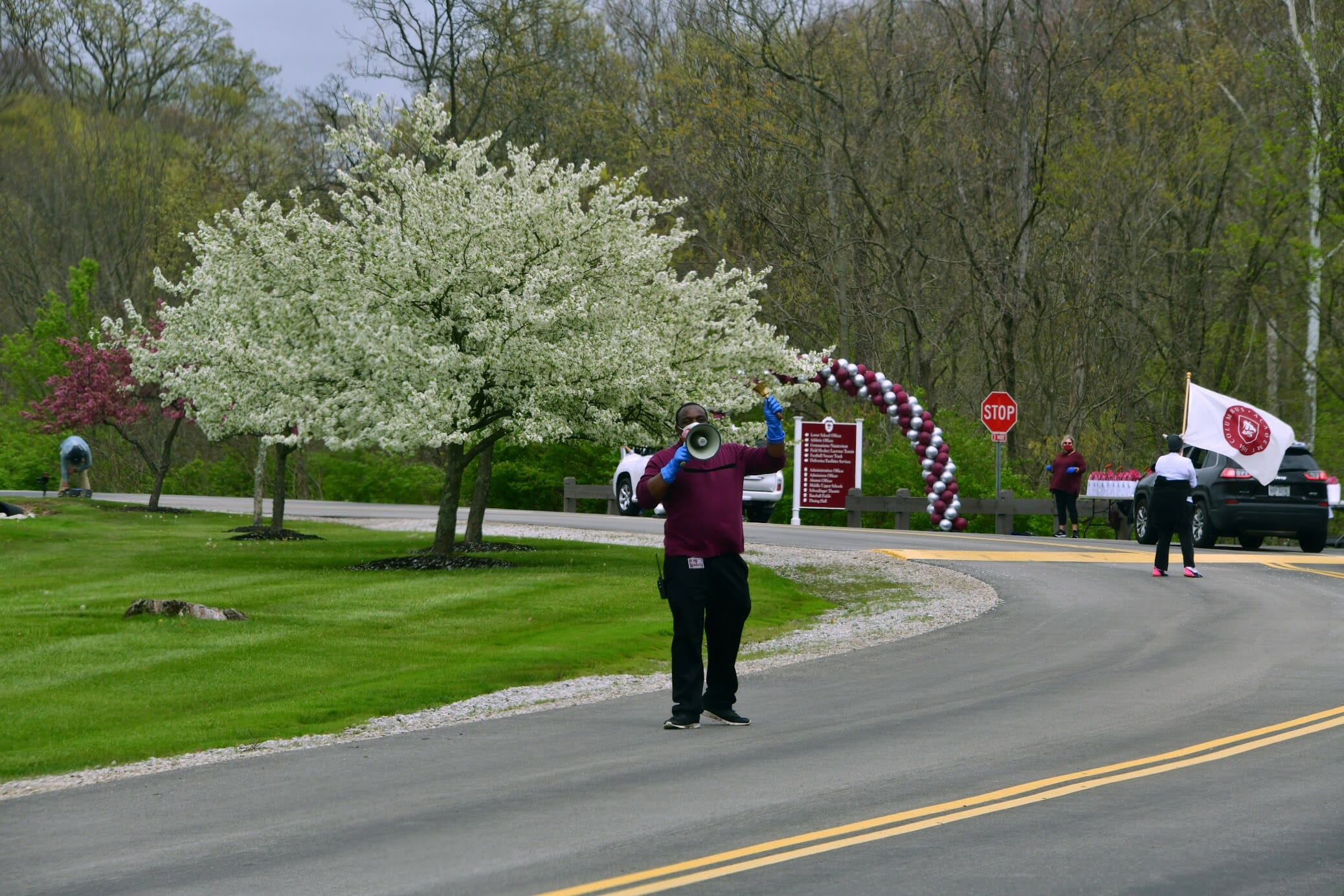 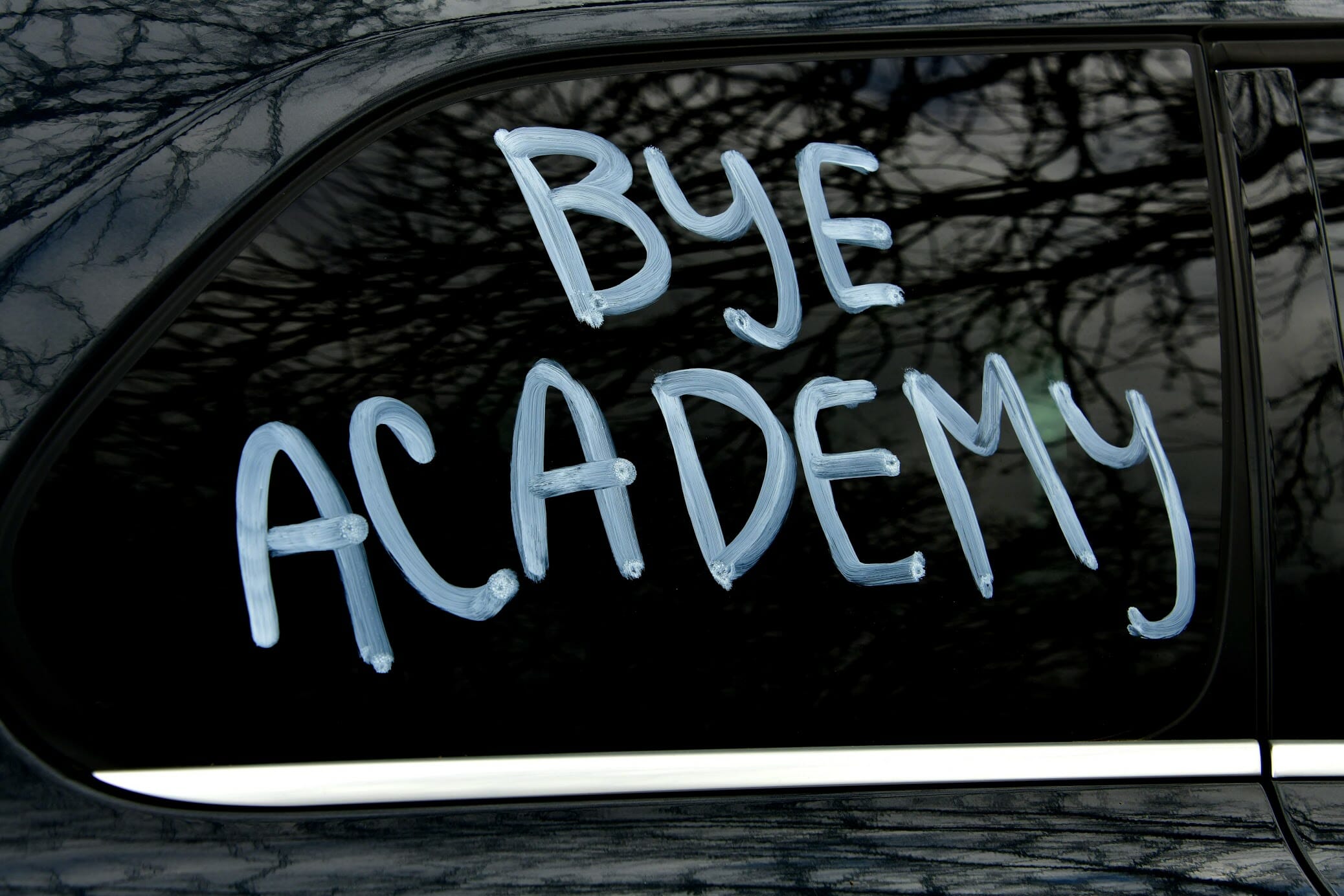 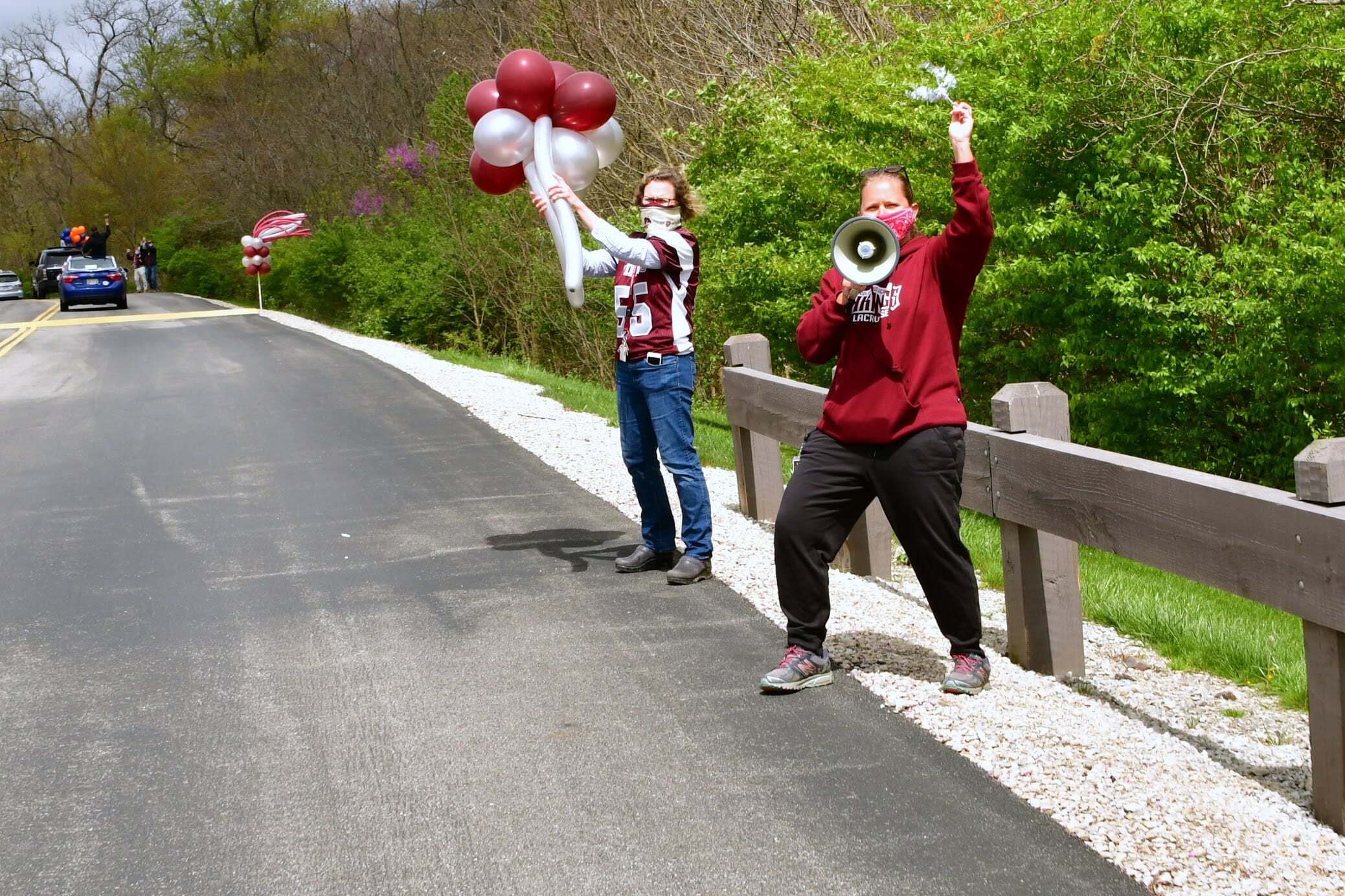 At 2:40 p.m. on May 1, dozens of faculty and staff members outfitted with face masks lined up at 8-feet apart on Campus Drive to bid the graduating seniors farewell as their families and the soon-to-be graduates circled Columbus Academy for the last time.

With hundreds of balloons sprucing up the campus and paint markers decorating the sides of many of the seniors’ cars, the occasion was all of  festivity, and with multiple posters, an occasional pom pom, constant parades of streamers, and the several seniors sitting on their car roofs , making the event especially memorable.

Cars decked out in everything from soccer goals to balloons to streamers to flags of their college circled from Cherry Bottom Road to Campus Drive to the bus circle to the athletic entrance and then back towards Cherry Bottom Road.

The constant applause from teachers, the blair of friendly car horns, and the continuous ring of golden bells coupled with the large bell’s clangs on top of the arts building, and the occasional buzz of a kazoo made the atmosphere feel like that of a New Year’s Eve celebration.

Despite the wrench that COVID-19 has thrown into many of Columbus Academy’s yearly traditions–including the last bell on the Senior Quad–the hour during which the seniors said their goodbyes also gave them a  chance to wear their college tee-shirts on their “last day” after all.