Columbus Academy /  A&E /  Never Have I Ever. . . Found a Good Netflix Teen Show Until Now

Never Have I Ever. . . Found a Good Netflix Teen Show Until Now

May 11, 2020 By Cameron Seymore'23
Never Have I Ever allows viewers to instantly connect with its characters by showing the real and hidden struggles of today’s teenagers.

The new series by Mindy Kaling and Lang Fisher follows 15 year-old Devi Vishwakumar (Maitreyi Ramakrishnan) an Indian-American teen, who tries to raise her social status while she copes with her father’s recent, unexpected passing. The series is partially based on Kaling’s life growing up in Boston.

In today’s age of countless teen comedies being streamed on Netflix, it is hard to find one that isn’t too frivolous. This series, while slightly cheesy, just works.

The difference between this series and other corny shows is that it knows what it is because it doesn’t pretend to be serious, unlike similar shows on the platform that are too hard to watch,  giving viewers a good laugh and a connection with its characters.

Devi is a first generation American, but she can’t relate to her mother’s traditional Indian culture. Generational and cultural differences are real struggles.

This series is one of the best teen comedies on Netflix. It first aired on the streaming service on April 27, 2020, and has been in the Top 10 ever since.
There are ten 25-minute episodes in the first season.
Before watching these films, consider they contain some mature content and language. Nonetheless, this one is worth a look.
Author 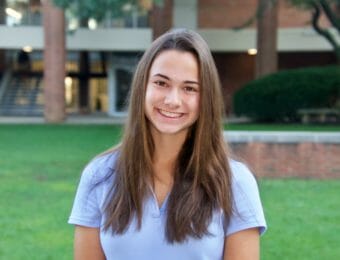