Columbus Academy /  News /  Passover Seder: This Year At Home, Next Year Together

Passover Seder: This Year At Home, Next Year Together

Beginning at sunset on Wednesday, April 8, and lasting until sundown on Thursday, April 16, Jewish families around the world gathered in a unique way to celebrate the exodus of the Jews from ancient Egypt.

Whereas people typically travel to visit family and celebrate the holiday, stay-at-home orders and social distancing rules due to COVID-19 forced Passover seders to take place online. Rather than setting places for family members, people added a laptop, tablet, or smartphone to their dinner table. With programs such as Zoom, Facetime, and Skype, families could still interact and celebrate the symbolic holiday together.

Jewish law prohibits the use of technology of any kind on certain holidays, with Passover being one of them, but many people either celebrated early or made exceptions under the circumstances, believing that it was most important to celebrate the holiday with their families.

Another difficulty was Passover’s strict dietary rules, as the Jewish people eliminate yeast and non-kosher wheat from their diet and instead rely on a large square cracker called matzah. With a limited supply in stores and homes, many families were forced to be more lenient with the restrictions.

Despite these changes, the Passover seder still focused on what was most important: commemorating Jewish freedom and the ability to celebrate together. Even though families gathered online rather than in person, people could still hold a traditional seder with all of the symbolic foods and stories. At the end of the meal, families typically say, “Next year in Jerusalem” in hopes of celebrating the holiday in Israel in the upcoming year. However, this year that phrase took a new meaning: This year at home. Next year together. 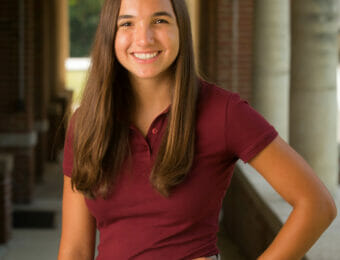