Sometimes, we forget how challenging Survivor is. The social strategy, manipulation, and back-stabbing are tough enough, but we forget about these people don’t get much food and have to create their own living conditions under grueling circumstances. Thus, the show’s core element: surviving.

At the Edge of Extinction, Anderson, Boatwright,  Mariano, and Zohn were tasked with each bringing 20 pieces of firewood from the top of the steps, one-by-one for a fire token. The high steps didn’t faze Anderson, who is a Crossfit trainer, but the rest were pushed to their limit, especially Zohn. He is no athletic slouch either, as he was a professional soccer player. Zohn passed out and needed a check-up but carried on, nonethless, reminding himself this was nothing compared to beating cancer twice. The other three supported him, and although it took him all day, he earned his fire token. This inspiring scene was a testament to the human spirit.

In the actual game, Klein attempted to mend fences after last week’s blindside. He went on an apology tour and became the hardest worker around camp. This seemed to work until Mariano came up with a great plan. He lied to Collins and Fitzgerald, telling them that Klein had been trying to make a move with Mariano and Parvati Shallow. Fitzgerald and Collins believed it and were fed up with Klein, ready to vote him off. So Klein needed an immunity challenge win. Not be an easy task.

The blue tribe started the challenge horribly. Klein took the reigns and brought the them back, giving them a chance. They ended up completing one of the biggest comebacks in Survivor history, capped off by Klein quoting his late mother, who said, “when Adam decides that he is going to accomplish something, there is absolutely no stopping him.” In tears, Klein added, “and she was right”.

On the red tribe, Tyson Apostol seemed to be the clear boot. He was a huge threat, and he had friends in Shallow and Mariano that he could reunite with in a tribe swap. Apostol pushed hard to vote out Wilson, who was aligned with the other one-time winners (Clarke, Holland and Kwon) and Apostol argued that those four would take the rest of them out one by one. Vlachos and Lacina seemed swayed by this pitch, but Diaz-Twine shut it down. Anticipating a swap and making four enemies was not a wise move. Apostol became the 5th player voted out and went to the Edge of Extinction.

Diaz-Twine was right, as next week’s preview showed that the tribes will indeed swap. She gets player of the week. Apostol would have betrayed her in an instant if they got swapped to the same tribe. She also solidified bonds with the alliance of four that can help her later in the game.

Tune in to CBS Wednesday, March 11 for the next episode. 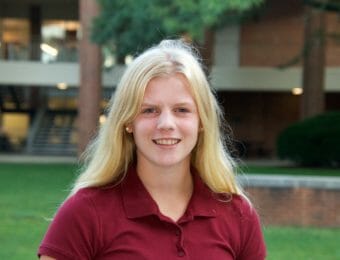