The Columbus Academy boys basketball team hosted Centerburg on Tuesday, February 18, in a game that was bound to be a tough matchup for the Vikes, with Centerburg entering the game with a 15-6 record.

CA started off in rhythm and maintained an early 13-8 lead after the first. The scoring heated up in the second, with Centerburg’s one-man show, but as Carter Jones converted on multiple trips, CA held strong and went basket for basket with the Trojans, leading our visitors 28-24 at the half. Centerburg came out of the break re-energized, going on a huge run to end the third quarter, taking a 39-41 lead. The Vikings refused to back out, going on a massive stretch throughout the fourth, scoring 19 in the period and sealing a 58-49 win. Senior star Carter Warstler led the Vikes with 17 points, followed by 15 apiece by sophomore standouts Tanner Compton and Kevin Reeves.

On Thursday, February 20, the Vikes travelled to Shekina Christian for an add-on game against the Flames to wrap up the regular season. Academy found itself down 11-16 at the end of the first, but its bench firepower for heated up in the second quarter: CA scored 22 in the second alone, taking a 33-31 lead.

The Flames stuck with Academy’s scoring, leading to a tie 45-45 game heading into the final period. Determined, the Vikings turned up the heat on the Flames. The combination of size from Reeves, efficiency from Murry’20, and strong defense from the whole team allowed the Vikes to run away with a 72-60 road victory sparked by a 27 point fourth quarter.

Reeves was too much for the Flames to handle, scoring 16, followed by Murry’s 14 on 4-4 shooting. Warstler added another 11 and Cooperman’20 scored a quick 10 coming off the bench. 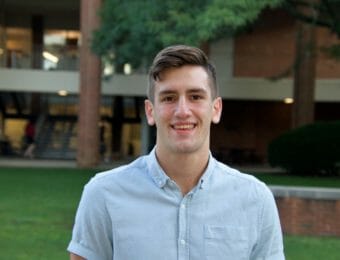