A Chinese New Year celebration from prior years, untouched by disease. (Unsplash, CC0)

The Lunar New Year, celebrated on January 25th this year, traditionally calls for outdoor festivals, lanterns, and parades throughout the city, as people gather with their families to celebrate the annual holiday with a “reunion dinner.” Everyone enjoys noodles, dumplings, spring rolls, and much more as the elderly give red envelopes filled with money to children.

In light of the Wuhan coronavirus, however, cities in China were forced to cancel one of the most important cultural events of the year.

At the time of this writing – the evening of Saturday, January 26th – the coronavirus outbreak in Wuhan, a city of 11 million people in central China, has infected at least 1,900 and killed at least 56. I’m making sure to emphasize the time because these figures are rising dangerously fast: nobody can tell if they’ll be remotely close to each other in even a few hours time.

Despite the Chinese government’s best efforts to stem the virus-– closing off all of Wuhan by canceling planes and trains and suspending buses and subways-–cases have still been found in other provinces throughout China, South Korea, Japan, Thailand, Vietnam, Canada, along with two cases in the United States: one in Seattle, Washtington and the other in Chicago, Illinois.

First, let’s establish what we know about the coronavirus.

The outbreak began in a Wuhan market selling live poultry, seafood, and wild animals, but which animal is the source of the outbreak and how many people are at risk remains unclear.

Coronaviruses are named after the spikes that jut out from their membranes, causing them to resemble the sun’s corona. Both animals and people are suspect to infection by the coronavirus, which can cause illnesses of the respiratory tract. Said illnesses span from minor conditions like the common cold to more dangerous ones like Severe Acute Respiratory Syndrome (SARS), which infected thousands around the globe and killed nearly 800 during an outbreak in 2003.

Health officials are concerned–-the World Health Organization has refused to declare the novel coronavirus as a global health emergency –-but it’s difficult for experts to evaluate the lethality of the outbreak. Symptoms include difficulty breathing, and the incubation period — the time between initial exposure and the manifestation of symptoms — is estimated to be around two weeks.

In fact, what we know about this new coronavirus is still largely speculation at this point. And yet, it’s this uncertainty that has been the most devastating.

Going back to the Lunar New Year celebration, the outbreak had an unprecedented effect on celebrations this year.

Parks that would normally be packed with people are now deserted, and folk artists that perform the Lion Dance every year are nowhere to be seen. The Forbidden City in Beijing is not filled with tourists on a museum exhibition, but instead stationed by police officers, each one wielding their own protective mask to ward off the virus. Signs with the chinese character “Fu,” meaning “good luck,” are posted not just in households to commemorate the new year but also in hospitals as doctors try their best to treat those afflicted with the coronavirus.

It’s easy for Americans to brush this outbreak off as just another epidemic that will eventually be quelled, but the coronavirus has already spread closer than you might think. With a disease this contagious and undetectable, it could be a matter of days before the United States is in a situation similar to that of China’s.

In the following weeks, keep up with any updates on the Wuhan coronavirus and take precautions as more information about the disease develops. 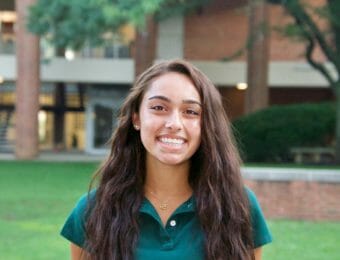