In The Know Clutches Close Win Against Hilliard Darby

On October 29, Academy’s In The Know team faced Hilliard Darby at the Fawcett Center on The Ohio State University’s campus.

In The Know, a quiz-bowl styled program, pits two teams of four students against each other as they answer trivia. These questions cover a wide variety of topics, such as current events, sports, sciences, math, geography and literature. Head coach and club advisor Dr. Andy Morris continues to lead this year’s team.

This quartet, composed of juniors Lucas Huang, Gabe Taub, and Hanrui Xu, along with senior Andrew Cahall, entered the Fawcett Center ready to compete in their second game of the season.  Cahall, Taub, and Huang are returning members, while this is Xu’s first year on the team.

Though Academy into the match hot off a big win against Washington Courthouse, 695-200, it fell behind by the break. Thankfully, Huang secured points math and science questions, leading a surge in the second half to put Academy above Hilliard Darby, 485-430.

“I was proud of the way we persisted and stayed composed, even when we were down big in the first half,” says team captain, Cahall. “We’ll need to get faster on the buzzer if we want to make a run deeper into the tournament, but I was happy with our clutch run at the end of the match to secure the win.”

The team’s next match is against Columbus Alternativeon Tuesday, December 10th at the Fawcett Center.

The season opener aired on Wednesday, November 13th on WOSU at 7:30 PM. 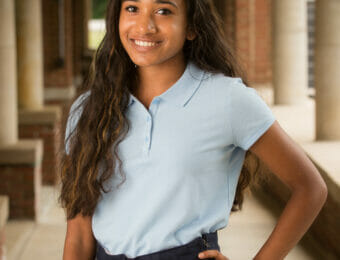