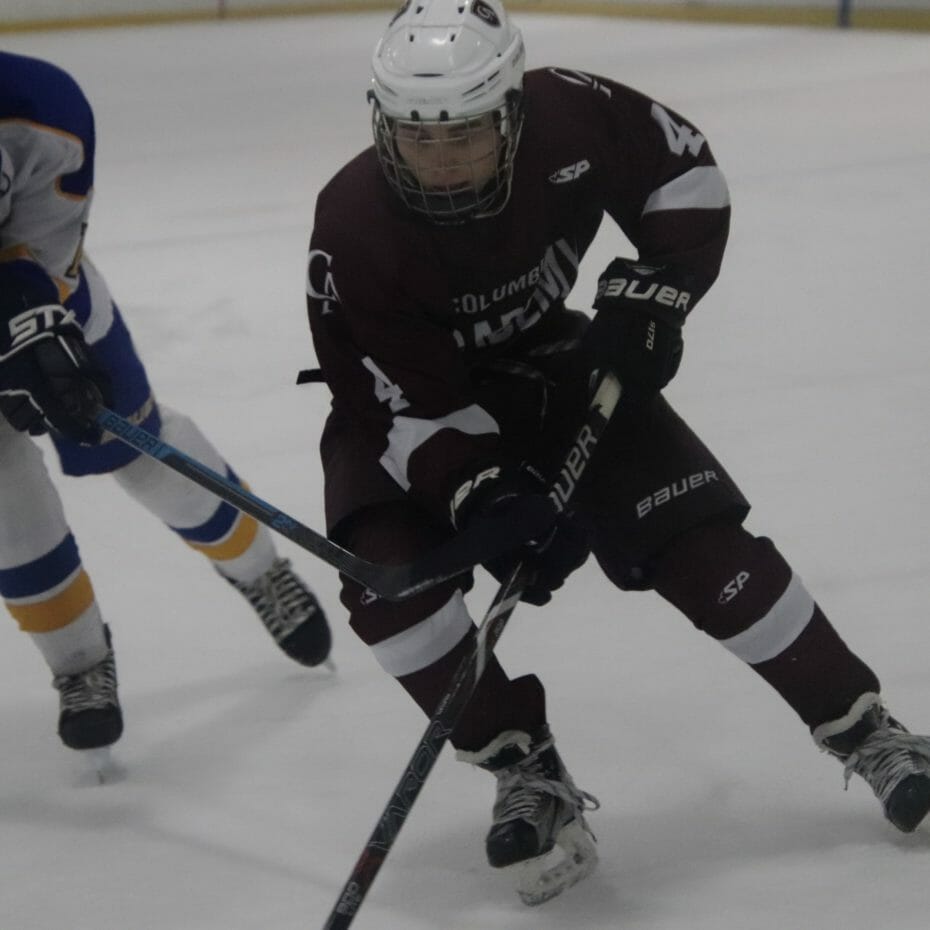 Coming off of a defeat in the first pre-season scrimmage, the Academy Ice Hockey team, with the first girls to play on the team, Suzy L’Hommedieu’21 and Cassidy Jones’22,  looked to pick it up against Sycamore High School.

On Friday, November 15, the squad traveled to Sports Plus to challenge the Cincinnati-based Aviators. The Vikes started off cold-but became red hot, with 42 shots to Sycamore’s 17. Alex Sterkowicz’22, Luke Budzik’21, and Allen Koganov’22 capitalized on opportunities, but Sycamore was more efficient and tallied up six goals. The final pre-season scrimmage for the Vikes ended as a 6-3 defeat. Yet, the team was hopeful going up against La Salle the next day.

Academy returned to Sports Plus for its final pre-season scrimmage against another Cincinnati-based team, La Salle. Once again, the Vikes had a slow first period, but in the second quart  junior Cambell Gwin scored Academy’s lone goal. The match was closer than that against Sycamore, but La Salle came out on top, defeating the Vikes 2-1.

Sophomore Max Walker said, “The team effort was disappointing in the first minutes of each game, but we brought it up several notches in the ends of both games. I really saw us play as a team in the second game.”

The squad looks for a win to start the regular season against Dublin Coffman on Friday, November 22. The next day, Academy plays Athens at the Ohio Health Ice Works.