On October 31, our girls traveled to Upper Arlington to play against Mount Notre Dame in the state semifinals in front of a massive student section which missed class to cheer on the team.

Mount Notre Dame, a new opponent for the Vikes, proved to be an easy challenge for the team. Academy was dominant early on and continued to be so throughout the match. Goals from Abby Yakam’20 (1), Charlotte Adams’21 (1),  Kiersten Thomassey’20 (2), Sarah Klingerman’21 (1), and Carolyn Vaziri’22 (1) led Academy to the state finals.

On the other side of the tournament bracket, Shaker Heights, a team that the Vikes defeated 2-0 earlier in the year, shocked championship-hopefuls Thomas Worthington 2-0, sending them to the finals as well.

On Saturday, November 2, the day of the state championship match, our girls brought their A-game.

Right off the bat, it was easy to tell that Shaker had improved since the Vikes played them in regular season. Academy worked hard and started off on offense. With 26 minutes to go in the first half, the team struck gold as Regan Cornelius’21 scored off a penalty stroke.

After this, the Vikes demonstrated their defensive prowess in a masterclass that lasted until the end of the game. Holding onto the 1-0 lead, Academy’s defense faced 13 penalty corners. Goalkeeper Alex Phelps’20 had six saves to close out the game with a shutout, the team’s 20th of the season,  to win the state title for the second year in a row in a 1-0 triumph.

This was one of the hardest matches of the season for our girls, but they worked hard and proved themselves worthy defenders of the state title.

Our girls finished the season with a 20-0-1 record and are ranked 6th in the West/Midwest region, with final rankings that will post on December 3.

This was a great year for our girls, and even with nine seniors graduating, the team will look to three-peat next year. 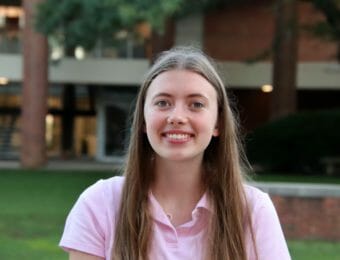