Officially announced on October 15, Google’s new generation of Pixels, the Pixel 4 and 4 XL, were released to the public on October 24.

The Pixel 4 has ditched fingerprint unlocking and has adopted face unlocking, making unlocking the Pixel faster and easier. However, there have been issues with the face recognition where it will still unlock the phone if the owner has their eyes closed, meaning it’s possible for someone to unlock the Pixel using the owner’s sleeping face. Google has announced that it would push a software update to fix this issue within a few months. The same sensor that allows face unlock  can also read hand motions, allowing certain apps to be controlled through gestures without touching the screen.

The Pixel 4 and XL come with Android 10, the newest android OS that came out September 3, meaning it comes with a system-wide dark mode, the latest privacy and security updates, and an improved full screen gesture system.

The newest Pixels are not a direct upgrade from their previous generation, however. What the Pixel 4 and XL lost from their previous generation is their headphone jacks. It’s still possible to listen to music without a wireless headset, but you would either need to use the USB-C port or an adapter to do so. Another thing the Pixel 4 lost (but not the XL) is battery life. Compared to the Pixel 3’s 2915 mAh battery, the Pixel 4 has a 2800 mAh battery, which, coupled with the new sensors and improved screen refresh rates, makes its battery life below many other high-end smartphones. Fortunately, it supports fast charging and wireless charging, somewhat making up for its relatively short battery life. 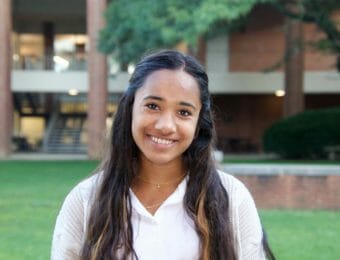