In the game against the Blue Aces, Coach Horton tried out a new formation and the team was slow to score in the beginning, but once Academy got the transitions down in the new line-up, a flood of goals came in. Abby Yakam’20 (1), Regan Cornelius’21 (4), Amelia Bruggeman’21 (1), and Adeti Mohanselvan’23 (1) all contributed to the 7-0 win, which sent our girls to the district finals against 4-seeded New Albany.

On Saturday, October 26, the Vikes faced off against the Eagles, and despite dominating the first half, CA couldn’t score a goal. The first half ended 0-0, so Coach Horton changed the line-up and capitalized on the many chances the team had.

This change proved effective, as Cornelius and Yakam scored off deflections early in the half, which opened up New Albany’s defense. Near the end of the match, Carolyn Vaziri’22 sealed a 3-0 victory for the Vikes with a goal off a penalty stroke.

Next up, the squad will face Mount Notre Dame from Cincinnati, ranked number two in its division. Columbus Academy will provide transportation to the game on Thursday, October 31, at Upper Arlington.

On the other side of the tournament bracket, Thomas Worthington defeated Bishop Watterson in the district finals to reach the semis against Shaker Heights. The winners of Academy vs. Notre Dame and Thomas vs. Shaker will match up in the state finals. 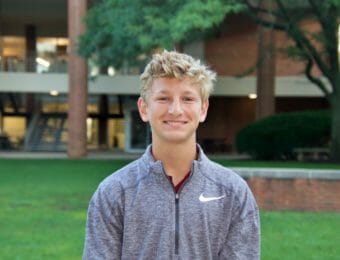