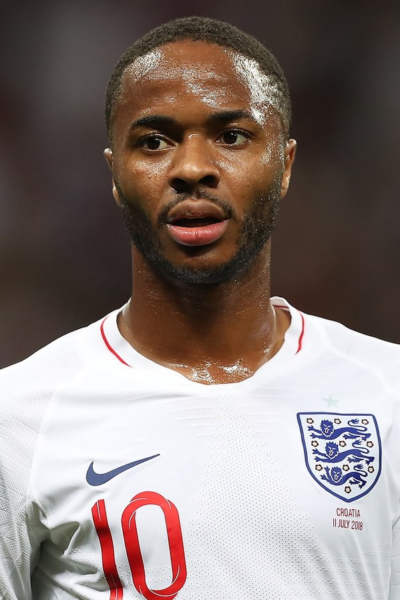 In America, racism makes us think of tragedies, such as the story of Eric Garner and a century’s old struggle for equality. In Europe, racism also exists, with the same violence, police profiling, and discrimination of people of African descent as we see in the US. This is especially present in Northern European countries, with a 2018 study by the EU’s agency for fundamental rights showing Finland to have the highest percentage of racial discrimination and harrassment in the EU.

A recent racist transgression has been featured on the road to Europe’s biggest stage: the UEFA European Championship Qualifiers.

The UEFA European Championship is a tournament that takes place every four years, with the next match in 2020 and among the top soccer teams on the continent. In the years leading up to the tournament, teams play periodic qualifying matches, and over the second week of this October, domestic leagues came to a halt so their star players could compete for their national teams.

On Monday, October 14, England’s squad traveled to Sofia, Bulgaria, to play the Bulgarians in a qualifying match. Players of African descent on England’s team were booed, some of Bulgaria’s supporters were chanting like monkeys and performing the Nazi salute, and English debutant Tyrone Mings told the match officials to pause the game in accordance with UEFA’s procedures.


UEFA, the UEFA European Championship’s governing body, has plans in place to counter attempts at racism, something the organization has been trying to take out of the sport since the 1970s and 80s, when black players were subjected to banana peels hurled at them. One of UEFA’s methods for countering racism is pausing matches. If a game is put on hold three times, it is abandoned. The match between England and Bulgaria was put on hold twice – in the first half.The game played out in the end, with England winning 6-0, but it has left its mark on soccer and on the world.

UEFA has already begun an investigation into the racist acts perpetrated by the fans, six of whom have been arrested in Bulgaria, the president of the Buglarian Football Union has stepped down following the match, and the gypsy minority in Bulgaria has gained the courage to share its discriminatory struggles with the rest of the world.

Despite this seemingly triumphant response to the incident, this is not the first time that racism has shown itself in European soccer, and it seems like it certainly won’t be the last.

England’s black players have been racially abused abroad during matches before. A game in Montenegro earlier this year where they were verbally abused by the home fans ended with Danny Rose, an English defender who plays professionally for Tottenham Hotspur, tweeting that he couldn’t wait until his career ended so he could be done with the racism that seems to be so deeply rooted in the sport.

Across Europe, racism has quietly been a constant in the beautiful game, but millennial players are taking a stand.

In Italy, teenager Moise Kean, who plays for Juventus, the reigning Serie-A champions, and Romelu Lukaku, star striker of Inter Milan, one of Italy’s most historic teams, have both been subjected to racial abuse at the club level and have each spoken out against racism in soccer with politically-inspired goal celebrations and through social media, respectively.

In France, Prince Gouano, a player for Amiens in the French top flight, walked up to Dijon fans during a game against the team and confronted them for monkey chants.

Rose’s England teammate Raheem Sterling, who plays for twice-defending Premier League Champions Manchester City, has been one of the leaders among players in the fight against racism. He has been scrutinized by English papers more than white players of his age, which has led many to believe that his race is the reason why.

Rather than letting ‘the haters,’ as he consistently refers to them, win, Sterling has taken to social media to call for better treatment of all players from supporters and for harsher penalties from racial abuse in the stands. Sterling has also demonstrated his hold against racism on the field, one instance being in the Montenegro game, where after scoring the final goal in England’s 5-1 victory, he walked over to the home fans and calmly put his hand over his ears, tuning out their racists chants.

Sadly for this sport, which is loved by billions the world over, these efforts in many cases have not yet been enough. And in other cases, no one has spoken out.

One of the most terrible instances of racism in European soccer is that of the “Selection Manifesto 12” transfer policy, which calls for no non-Slavic or gay players to play for or be signed by Zenit St. Petersburg, which was written up by Landscrona, a supporter group of Zenit, a Russian club, which has shown the worst of racism in soccer today.

The club’s administration rejected the plan, but the group continues to target black players on their team. Hulk, Axel Witsel, and most recently Malcom have all been targeted by Landscrona and caused them almost to the point of leaving the club.

Racism in soccer has gone unpunished for too long despite UEFA’s attempts to eradicate racism, and we got a grim reminder of this fact last week. The incident in Bulgaria was a wake-up call for many. More players should follow the likes of Moise Kean, Romelu Lukaku, Prince Gouano, and Raheem Sterling in standing up against hate.

The millennial players of African descent across the continent that have taken a stand are responsible for serious reflection by many in Europe and soccer as a whole in recent years, and UEFA and these players will continue to fight against racism in the sport over the internet, on the pitch, in court, and on the international economic and political stages, but until all players, not just millennials–and not just those of African descent–speak up, groups like Landscrona will bully  players.