On Tuesday, October 22, the CA boys soccer team faced off against London in the district semi-final match at home on Hondros Field.

The Vikes continued their dominant play against the Red Raiders as CA controlled the ball for the majority of the game. Star player Sam Massick’20 made the best of his opportunities, scoring yet another hat trick for Academy and leading the team to a 3-0 victory and a trip to the district finals at New Albany on Saturday, October 26.

On Saturday, the Vikes walked out onto New Albany’s field to take on a highly-skilled Granville team for the district crown. The teams were evenly matched, and it showed on the field with neither squad getting many shots on goal, with play staying around midfield. Both teams had occasional streaks down the field, but to no avail, until Massick was fouled within the box of the Blue Aces.

Massick stepped up to take the penalty kick and faked out the goalie, sending the ball to the upper left corner of the net while sending the goalie to the right, giving the Vikes a 1-0 lead just 15 minutes into the game.

Fewer than 5 minutes later, it appeared as if Granville was going to even the score, but junior goalie Luke Budzik made a fantastic save to keep the Blue Aces off the board.

The game stalled for the remainder of the first half and kept a similar tone throughout the rest of the game. Strong defense from the Vikings allowed them to stay in control, yet they failed to fire off many shots on goal since Granville had a strong backline.

The 1-0 score held for the rest of the second half, but flashbacks from the Wellington game ensued for the boys from Hondros as Granville had multiple opportunities to pocket a goal with less than three minutes left in the game, with a scuffle breaking out inside the Vikes box before being snatched by Budzik, sealing an Academy victory and a district championship.

Next week, the Vikings take on league rival Bexley in the regional semifinals at neutral site Westerville Central on Wednesday, October 30. 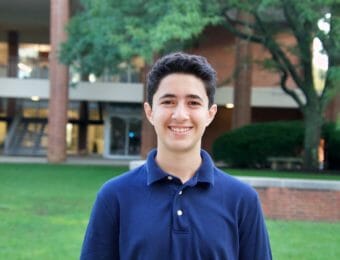