Columbus Academy /  News /  The Next Generation of MacOS

The Next Generation of MacOS

Announced at WWDC 2019, MacOS Catalina was released to the public on October 7. Although Catalina doesn’t bring many system-wide overhauls, a number of native apps has been revised and updated, and the connections between Apple devices have been improved.

One of the new features brought by Catalina is Sidecar, which allows Mac users to use iPads as a secondary monitor for their Macs. It’s possible for the iPad to be used either as a mirror or as an extra desktop for a Mac. Another new feature is Project Catalyst, which allows developers to transfer their iOS apps to MacOS, increasing the total number of apps on the Mac AppStore.

iTunes for Mac has been split into three separate apps: Music, Podcasts, and TV. Each new app retains the functions it had in iTunes and heavily resemble the apps on iOS with the same names. The function of managing devices through iTunes has been transferred to Finder.

Also developed were a multiple small privacy and security updates. Apps now require permission from the user to access data from the Documents, Desktop, and Downloads folders. Gatekeeper, a built in security feature for MacOS that checks the source of a non-native app, has also been improved to check for suspicious content within newly downloaded apps.

Some smaller updates include the addition of Apple Arcade and the Find My app for Macs, access to Screen Time for all devices from a Mac, more control over Siri, Apple Watch unlocking, and the removal of Dashboard. Other updates include UI updates for Photos, Safari, Mail, and Reminders.

There is one major system-wide change in Catalina that, for some users, is a massive downside: 32-bit apps are no longer supported, meaning many older and no longer updated apps will cease to function on Catalina. If you use a lot of 32-bit apps or have specific ones that you use frequently, consider not updating to Catalina, since it is comprised of mostly native app updates. To check what apps are 32-bit, you have to go to the Apple symbol on the bar at the top of the screen, select About This Mac, select System Report, then look for Legacy Software under the Software category. This discontinuation for 32-bit app support is something that Apple has been working on over the past few years, since 64-bit apps, when compared to 32-bit ones, are more updated and efficient.

Although Apple has moved on from 32-bit apps, Catalina is overall a straight upgrade from High Sierra. The release of Catalina, however, may not be the only event that Apple has planned for October: an Apple event is speculated to occur sometime late this month, presumably announcing the next generation of iPads and Macs. 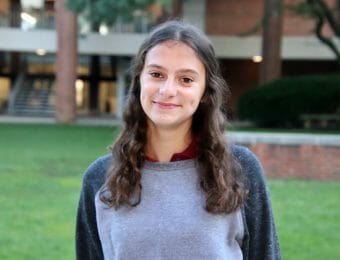