It’s official: Eliud Kipchoge has just redefined running as we know it.

On Saturday, October 12, the 34-year old Kenyan native lined up at Prater Park in Vienna, Austria, with 41 pacemakers and a timing car by his side to attempt what has previously been deemed untouchable: 26.2 miles in under two hours.

Marked by his first attempt to dip under the barrier as part of Nike’s “Breaking 2” project, and after just missing the time by 26 seconds on a racetrack in Monzo, Italy, on May 6, 2017, there was a clear sense of urgency among both Kipchoge and the crowd of spectators lined up in the streets of Vienna on Saturday morning.

The gun went off at 8:15 A.M. local time, and a crisp 49 degrees surrounded the veteran-runner and his group of pacers, who would be repeating a 2.7-mile loop for the entirety of the trial.

An electric car engineered to the prescribed pace of roughly 4:34 per mile led a V-shaped formation of the runners by a green light, with every inch and detail of the event engineered well in advance to maximize racing conditions.

Right from the gun, Kipchoge and his team stuck to the plan.

Their 5-km splits were virtually identical throughout the race and as Kipchoge neared closer and closer to the finish, the excitement began to build both in Austria and around the world.

As Kipchoge dashed into the final stretch, it became clear to the announcers and everyone tuned into the race that the barrier would be broken.

Running fanatics rejoiced across the globe as Kipchoge shattered what the race’s organizer, INEOS, had called the “last great barrier in modern athletics.”

Scientists and professional athletes had labeled this feat as unreachable for decades, and until Saturday morning, it was easy to believe this to be true.

Although the event will not be counted as an official world record-due to the rotation of pacesetters as well as the event not being an open marathon, these 119 minutes and 40 seconds will forever be cemented in history.

“No human is limited,” said Kipchoge. 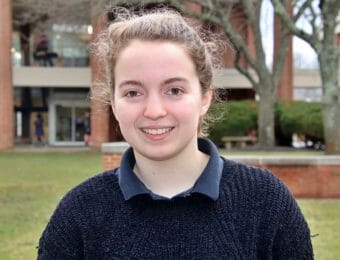