After a dominant set of matches the previous week, the Columbus Academy girls tennis team looked to continue its winning streak with a final regular season match against Dublin Jerome on Wednesday, October 2.

The Vikings fought hard against the Celtics but were outlasted 2-3 against their toughest competitor. Sydni Ratliff’21 kicked off the match strong, cruising to a 6-0, 6-0 victory at first singles. Alex Graham’20 followed close behind at second singles, steamrolling her opponent 6-3, 6-0. Emily Motta’23 put up a tough fight, but was overwhelmed 3-6, 0-6 at third singles, while Lauren Motta’21 and Carolyn Tsung’21 were defeated by their first doubles competitors 4-6, 3-6. Naomi Chen’23 and Anna Chang’23 attempted to close the match with a win, but were edged out 0-6, 0-6.

Although the finale to the Vikings’ regular season did not end as they had hoped, the Vikes looked ahead to the sectional tournament on Wednesday, October 3, and Saturday, October 5. Ratliff dominated at tournament singles, winning all four matches 6-0, 6-0. Graham followed close behind, beating her Bexley opponent 6-3, 6-4 and steamrolling her Hartley and Bloom-Carroll rivals 6-2, 6-1, and 6-0, 6-2, respectively. Chen and Chang were a dominant duo, easily winning all four matches and entering themselves into the final tournament.

The Columbus Academy girls tennis team continues its victorious momentum as it progresses into districts on Thursday, October 10, and Friday, October 11 at CSG’s Kirk Campus. 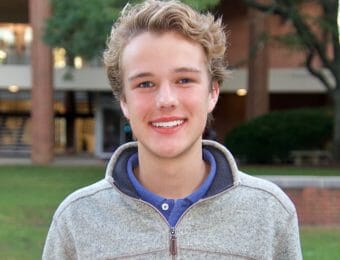