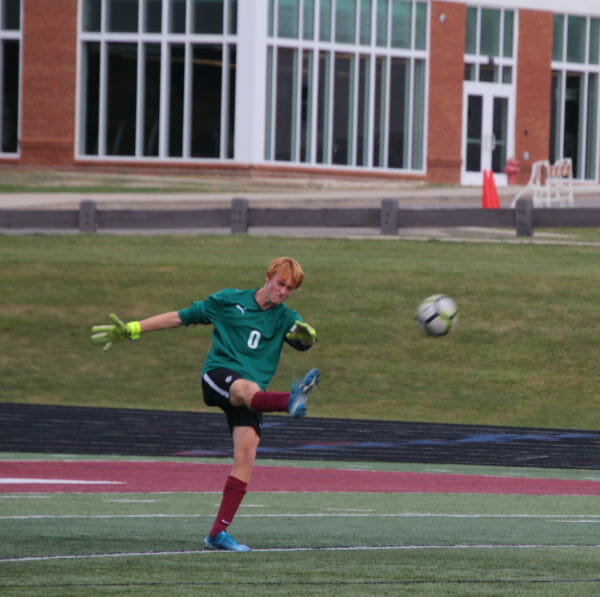 Our boys controlled the game from the start with good defense and passing, allowing the striker unit to go to work. Seniors Sam Massick and Blake Chiovaro played off each other beautifully, providing and maintaining energy for the Vikes throughout the game. At the half, Chiovaro and Massick had both assisted a goal for the other and followed it up with another of each in the second half as the boys from Hondros cruised to a 4-1 victory.

Four days later, the Vikings hosted Buckeye Valley on Saturday, October 5. Outmatched from the start, Buckeye Valley found themselves down four at the half. CA cruised to a dominant 7-0 victory, powered by Chiovaro’s hat trick with Ezra Johnson’20 adding two more and a lone goal from Massick.

The team hopes to lengthen its five game win streak with two games in the coming week, taking on Hamilton Local SD at home on Monday, October 7, before traveling to league rival, Worthington Christian, on Saturday, October 12.