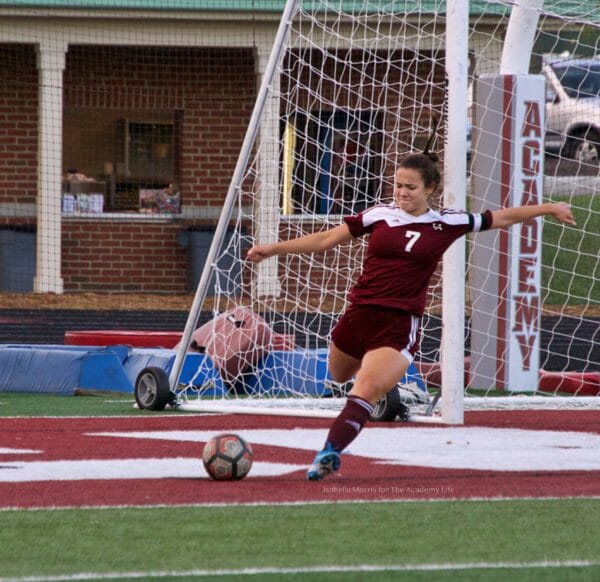 Our girls went 2-0 this past week against standout teams, already showing they are strong play-off contenders. First up was a Wednesday, September 4 game against Grandview Heights at home. The Bobcats were determined to emerge victorious, but the Vikes came out firing, as three minutes in junior standout Katie Schiano scored on a magnificent header, setting the tone for the rest of the game. Later in the half, Georgia Gross’23 came through with a second goal, securing CA a 2-1 win.

The Vikings carried that momentum into their Saturday, September 7 rivalry game at Wellington. Our girls hung tough against a physical team, and were able to claim another 2-1 victory, improving their record to 4-2 overall. This win was highlighted by an impressive outing by goalie Sophie Spolter ‘22, who had multiple saves, while on the offensive end Emma Belford‘20 and Olivia Archibald’21 both racked up a goal.

Next up for the soccer squad is a Tuesday, September 10 bout with Bishop Hartley, followed by a Saturday, September 14 match against Bishop Rosecrans, as they are on the hunt to improve their already winning record.