Columbus Academy Field Hockey off to a Dominant Start 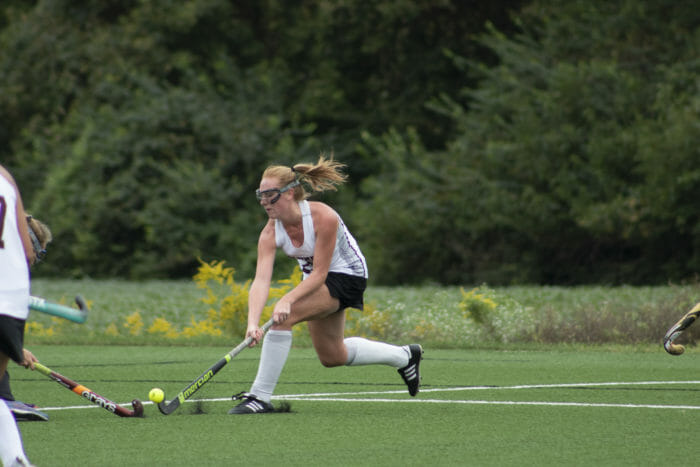 Riding on the back of a state championship in 2018, and despite losing eight seniors, Columbus Academy’s field hockey team has proved itself to be ready to defend their title.

The team began the year on Thursday, August 22, with an 8-0 victory against CSG-then played a week later against Lancaster, stomping the Golden Gales 12-0.

On Saturday, August 31, the team faced its first big test, playing against Hudson, the team it defeated in the state finals last year. Hudson came onto the field motivated to get revenge for last year’s matchup and played aggressively, but Academy came prepared and dominated the first half. Despite a number of chances, the Vikes were unable to get the ball in the goal through the first 30 minutes, sending the game into halftime at 0-0.

Coming into the second half, coach Anne Horton, who won national coach of the year last season, addressed the team’s scoring issue by putting four up top rather than three. This tactical change paid off big-seven minutes in when junior Sarah Klingerman’s shot found itself under Hudson’s goalie and senior Kiersten Thomassey tapped it into the goal, putting Academy ahead 1-0.

This goal didn’t weaken Hudson’s conviction, though, and it took the Vikes almost eight more minutes until they found the back of the cage again, with freshman Adeti Mohanselvan assisting junior Charlotte Adams. Another eight minutes later, sophomore Carolyn Vaziri assisted Adams to her second goal of the game, sealing victory for the Vikings.

Hudson came out ready to compete and played a high-intensity, playoff-level game, but Academy was too much for the Explorers to handle. The Vikings commanded the game with 10 shots to Hudson’s 3 and 9 penalty shots to the Explorers’ 2, and Horton’s formation change in the second half pushed Academy over to top to win the game 3-0.

CA’s Field Hockey team will look to continue their fantastic start to the season when they play Upper Arlington on Tuesday, September 3 at home and Bishop Watterson, another tough opponent, on Thursday, September 5 at home.