Columbus Academy /  News /  Vesak: Honoring The Life Of The Buddha

Vesak: Honoring The Life Of The Buddha

Falling on Saturday, May 18, this year in the US, all Buddhists gather to celebrate Vesak, a holiday commemorating Buddha’s birth, enlightenment, and death.

Vesak commemorates the life of Siddhartha Gautama (originally a prince in what is now modern-day Nepal), who abandons the luxuries of his palace to embark on a spiritual search after hsi exposure to sickness, old age, and death. After seven weeks of meditation and hsi determination to grasp the truth of life, the prince attains Enlightenment under the Bodhi tree.

From then on he became known as the Buddha, the founder of Buddhism.

The Buddha began a wheel of teaching by educating many disciples, many of whom attained Enlightenment and carried forth to teach his religion themselves. Even after he died, the Buddha’s teachings have survived.

The Buddha was born, attained Enlightenment, and died on the first full moon of May. Now titled Vesak Day, it remains a religious holiday in many countries.

Around the world, especially in East, Southeast, and South Asia, members of the Buddhist community unite to celebrate this holiday, arguably the equivalent of Christmas in the Buddhist religion.

Although my family recently relocated to the United States from Sri Lanka, we still plan to observe this holiday.

In Sri Lanka, Vesak is a government holiday. Streets are lined with Buddhist flags and colorful lanterns. Casinos, bars, liquor stores, and slaughterhouses are closed down. People flock to temples to reflect on the Buddha’s teachings by meditating, burning incense, offering flowers, and listening to the preaching of monks.

On this day, acts of kindness are abundant. Vendors offer food free of charge, large donations are made to the underprivileged, and imprisoned animals are set free.

As we live in Columbus, a 22-hour flight away from Sri Lanka, my family celebrates this holiday within the confines of our home. We will adopt a vegetarian diet, practice meditation, and offer flowers to our statues of the Buddha to reflect on his life and teachings on this special day. 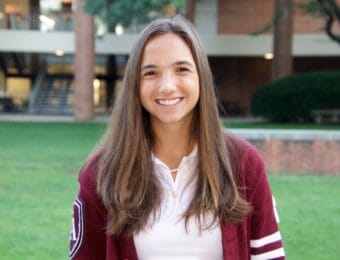