The Uses of Devotion Wednesday, November 3: Game Seven of this year’s World Series. The past weeks—in anticipation of November 1 college application deadlines—had left me worse for wear.[1] I wasn’t sleeping, I was barely eating, and it showed. It was in this condition that I retreated to bed to watch the final installment of this year’s World Series, and for the first time I understood the appeal of baseball.

Baseball is a solemn pleasure. It’s not a game that delivers or promises constant excitement, constant entertainment. It rewards its faithful, but first it makes them wait. Like all solemn pleasures, it must be accepted before it can be properly or fully appreciated.

Afterwards is part of the enjoyment. To accept baseball is to accept life, consciously or unconsciously–mundane, unfair, capricious, and, every now and then, transcendent. To watch baseball is to expect nothing in return. So at least in the context of baseball, “love” is not hyperbole, but, in fact, an apt assessment of the fans’ relationship to the game. Watching baseball may be a relief from life, but it is certainly no escape from it.

This is all very abstract and high-flown, but we shouldn’t forget that there’s a whole lot wrong with sports[2]. To begin, the routine ambivalence of fans and institutions to the often heinous crimes of athletes: assault, domestic and child abuse, rape. . . the list goes on. Few things in this world seem to mitigate moral shortcoming like a tight spiral, fluid jump-shot, or a blazing fastball.

Second, there’s the nagging feeling that the resources expended on the multi-billion-dollar enterprise of professional sports could be put to better, more worthy uses. It’s not unreasonable to look at any major sports arena and see a monument to excess and to greed.

Third, sports can lead to a dangerous insular mentality among its fans, known to manifest itself violently. How could any game or team be worth physically, verbally assaulting another? If you are not a devoted fan of sports, it will be easy to make these–very reasonable and compelling–arguments against sports.

But these considerations, while urgent and valid, too quickly dismiss something fundamental to the lives of so many. For many sports fans, their allegiances are part and parcel of their identity. Identity is no small thing, and we shouldn’t be so quick to dismiss that of others. Meaning is a thing even more elusive, and this we should take where we can find it and not let go.

To see the reaction of Cubs fans early Thursday morning–joy so purely felt–I hope could soften even the most ardent opponent of sports. To my mind, anything that can deliver such emotion to so many deserves due process.

So why do millions of sports fans return year after year, no matter the elation or heartbreak of the previous season, in spite of the obvious faults? After all, professional sports exist because we want them to. As entertainment, they would not exist without the audience we provide. Since television programming comes and goes at the whim of us as viewers, its asking what keeps drawing people back to sports, more than nostalgia and inertia.

With each season, the American Pastime could become a thing of the past. So I think what draws us back each season is that sports–whether we recognize it–deliver in such a compact format an experience of almost unparalleled scope and force.

Just as a fruit so efficiently delivers essential nutrients, sports–often without our knowledge–delivers so much of what we want and need in our daily lives in a two-hour window on a Saturday afternoon.

Sports deliver us both the pure meritocracy we say we want and the randomness we say we don’t. In sports–and especially sports fandom–at its best, we find the things we wish could be projected onto all of society and all facets of life: presence, fellowship[3], trust freely given, faith, and effort rewarded. Indeed, for its initiates, sports are a stand-in for life–a microcosm.

But just as it is too easy for the uninitiated to dismiss the value of sports and fandom on logic alone, sports fans can’t allow their emotion, devotion to be a blank check.

The fact sports fans must never forget–and this is neither virtue nor vice, simply fact–is that what they are watching is purely entertainment. It is a game whose result has only and exactly as much significance as we accord it. It’s dangerous to ever forget for too long that this whole exercise is constructed, with no inherent meaning or virtue.

But one of our great strengths as humans is our ability to derive genuine meaning from constructed exercise. Indeed, many of our dearest practices are constructs such as religion and marriage. Sometimes, the meaning we confer upon things can be the strongest of all. Additionally, there is no reason we should look down upon the reality that sports are performance. Performance can move us in ways literal meaning cannot, and this we should embrace.

Sports have been asking the same, important questions of its fans for generations–if not generations–now and none of us has been able to fully answer them: Are these men really worthy of our admiration? Must we love the man to love his work; that is, are they athletes or men first)? Could all this money (to say nothing of energy) be put to better use? Does any of this really matter, in the end?

I can understand the sometimes dogmatic impulse of sports fans. This life’s hard enough, and I have so many complaints of my own all the time that I don’t really anticipate those of others. When I like a thing that thing is good and that’s the end of it. Still, each fan has some obligation to at least try to answer these questions, in his or her own way. Sport mirrors life in that the way to reconcile its badness isn’t to stop, but to be conscious, to pay attention.

By the seventh-inning stretch, fans of both colors were praying. I say praying in no figurative way: hands met, eyes shut, facing God or His absence in the night sky, they whispered, hoped.

In the eighth inning, the Cubs led 6-4 with their flame-throwing closer Aroldis Chapman on the mound and the sole Indians runner on second base. Rajai Davis–a veteran outfielder not known as a power hitter–was at the plate. With two strikes and two outs, Chapman needed only throw one more strike to end the inning. Chapman, with his 105 mph fastball–the fastest in baseball–was brought to Chicago for moments like this. Chapman had only begun his season in May, after serving a 30-game suspension stemming from an incident in which he allegedly pushed his girlfriend against a wall, choked her, and fired eight gunshots, during an argument. On the possible inning-ending pitch from Chapman, Davis hit a homer over the left field wall. Some might call this poetic justice, but I think these are two very good baseball teams.

Two innings and a few minutes later, after the final out was secured, when the television showed the erupting masses outside Wrigley, I knew  I was witnessing something greater than sports. These fans, numbering thousands, assembled outside their place of worship with no video stream in sight. They had only the LED scoreboard adorning Wrigley’s side and their smartphones to follow the game. If it was entertainment they were after, this was a lousy way to get it. This scene, devoid of any serious watching of the actual game, may be the purest distillation of what it means to be a sports fan–hopeful, eager, huddled, small.

I’m currently reading Jonathan Safran Foer’s latest novel Here I Am, which early on note:s “The difference between conceding and accepting is depression.” For Cubs fans, 108 years had fraught this distinction. “Wait ’til next year,” they’d say. “Someday it’ll happen.”

It’s impossible to know whether the end of each season–some sooner than others–was an acceptance or a concession. It surely varied by person, but for many it must have been both–wanting to preserve dignity, hope, and trying as much as possible to bear the accumulating weight of years past.

Among the signs of the celebrating was one that read “ALL IS FORGIVEN.” Forgiveness. Who was being forgiven? And for what? More than the actions of any individual against any one or many persons, this seemed to be the collective and overwhelming sense of having been wronged, slighted, forgotten. And this is a feeling only we can free ourselves from. This isn’t forgiveness in the procedural, transactional sense we were taught as kids. What comes to mind when I think of this sort of forgiveness is Tony Kushner’s definition from Angels in America: “…where love and justice finally meet. Peace, at last.”

In professional baseball, division winners earn automatic playoff bids and the remaining teams vie for one of two wild-card spots per league.

This year my Pittsburgh Pirates finished second in our division, behind the Chicago Cubs. Their success precluded ours.

Late Wednesday night and on early Thursday morning, it was hard to root against anybody. In those moments, sports become a little less silly-“silly” meaning “contrived,” and “little” meaning “indisputably.” Seeing the Chicago fans–joy so purely felt–it was hard to do anything but exhale, smile, and revel in one of those rare meetings of deservedness and reward. I had no real allegiances in this series, but their joy was contagious, and so amorphous that what overflowed from them seemed to find its way to me through my television screen. If this is the price of missing out, I don’t mind.

There are a lot of teams that haven’t won recently. The Pirates haven’t since 1979. But we console ourselves with the memory–delivered us in pictures, tee-shirts, signs, and hats–of a better past[4].

But 108 years is a distance too long to love across, too far for dignity. For Cubs fans, “someday” is finally today.

Next year is now.

How can you not be romantic about baseball?

I think all sports fan should ask themselves why they’re devoted to the things they are.

But while there’s no such thing as being too conscious, consciousness can overstep its bounds, go beyond its province.

We should examine the things we adore and why we adore them, but then get on with the business of living.

Minutes after the Cubs raised the trophy for the first time in over a century, I was asleep in bed. It was the best night of sleep I can remember. If you’re looking for poetic justice, there it is. Cubs fans, I hope it’s everything you dreamed of. 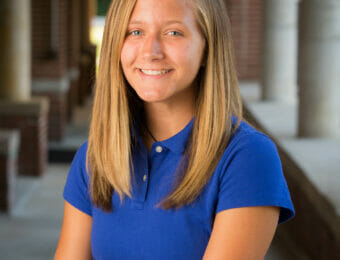