Expectations soared prior to the theater department’s Saturday, April 30th production of Les Misérables, the smash-hit musical adapted from Victor Hugo’s 1862 novel. Students clamored for tickets to the sold-out show, and Mr. Dillon graciously opened up the control booth as overflow seating for a lucky few. Mr. Block’s art room bubbled with anxious students until the moment doors to the theater closed, and following words from co-directors Amy Brooks and Stefan Farrenkopf, the lights fell and so commenced a night of song and spectacle.
The musical follows Jean Valjean– a nuanced character played admirably by Conner Poulin’16– across the landscape of France and through the years prior to and during the French Revolution. Many storylines develop concurrently, somehow functioning– to the credit of the cast– both independently of and cohesively with each other.
The show was undoubtedly a herculean undertaking, one requiring both ensemble members and leads to wear many hats, all excellently.

Before the performance, co-directors Mrs. Amy Brooks and Mr. Stefan Farrenkopf praised Mrs. Susan Neal. This honor prompted a standing ovation for Neal, who will retire this June after numerous years of dedication to both the theater program and teaching drama and creative expressions to middle school students.

Katie Loveday’s noteworthy performance of Fantine transformed the atmosphere, leading the audience through the downward spiral of her tragic life. From losing the job that supported her child to selling herself on the street to her death, Loveday’s moving songs, “I Dreamed a Dream” and “Fantine’s Death” brought many to tears.

Con artists Monsieur Thénardier (Ben Ross’18) and his wife (Paulina Martz’16), lightened up the dark mood with “Master of the House,” illustrating their exploitation of customers. Valjean takes Fantine’s daughter, Cosette, and pays off the Thénardiers.

Gavroche, played by the stunningly superb actor, Ryan Reagan, a sixth-grader, introduces the audience to the city’s slums and the inequality between the bourgeoisie and the sans-culottes, followed by Liam Wainaina’s bold, magnificent delivery of “Stars,” another highlight of the musical.

Cosette, now older and played by senior Nichola Lampe, and Eponine, the Thenardiers’ daughter (Julia Leet’18) are Marius’s (Kyle Cahnnell’19potential love interests. In the gripping “A Heart Full of Love,” this trio establishes that Cosette and Marius are in love, while Eponine, hopelessly enamored with him, watches from the outside.

Les Misérables ends with Cosette learning the truth about her life and Valjean’s death in an epic finale with the entire cast. The room erupted in applause with a standing ovation. 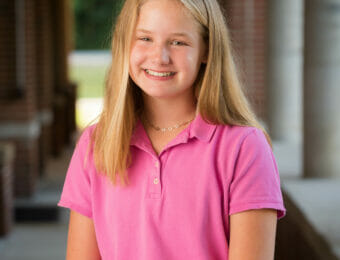